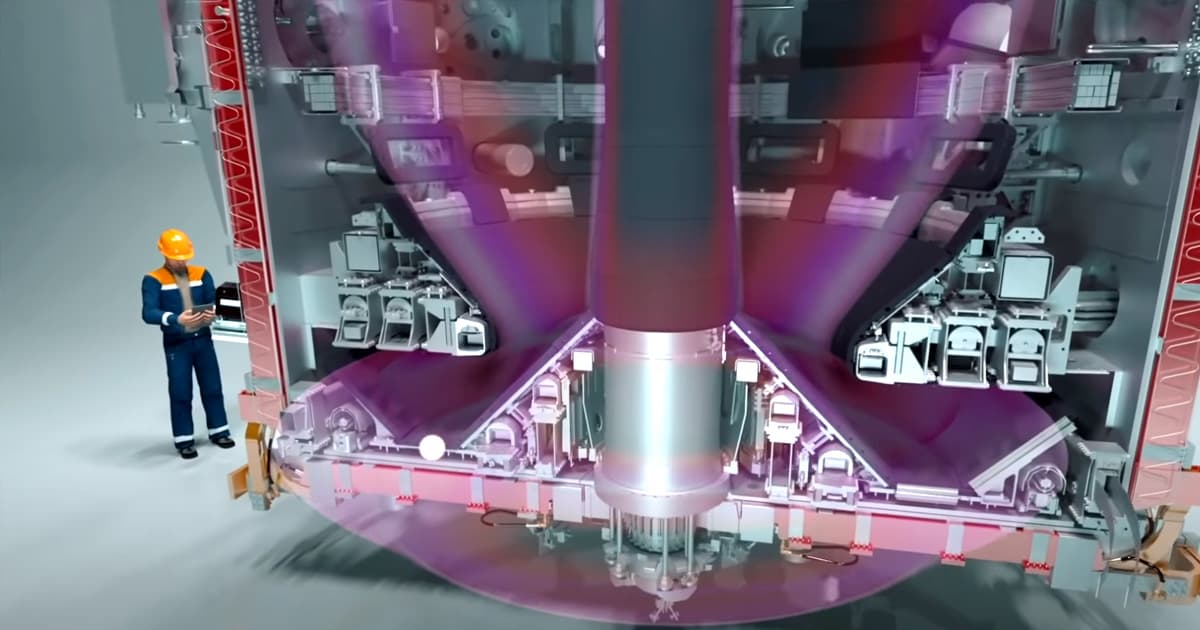 Fusion reactors are usually donut-shaped — but this time, they built it as a sphere.

Fusion reactors are usually donut-shaped — but this time, they built it as a sphere.

A team of scientists at the Culham Centre for Fusion Energy (CCFE) in the UK claim to have achieved first plasma on an upgraded, experimental fusion reactor.

Generating electricity using fusion, which means harnessing the power of atoms fusing together rather than breaking them up, is still many years — if not decades — out. But the team is hoping their new design could solve a big problem: hot plasma, with temperatures of over 15 million degrees Celsius, which typically deals great damage to the reactor itself.

Fusion energy has a key advantage over conventional nuclear energy: it doesn't create radioactive waste that's expensive and difficult to dispose of. But the process of fusion using plasma builds up massive amounts of energy in the form of heat, so the team at CCFE came up with a "divertor" that acts as an exhaust system for their reactor.

The team's "Super-X divertor" was designed from the ground up to "reduce heat and power loads from particles leaving the plasma, which should mean divertor components will last much longer," according to a press release.

The exhaust was designed with the UK facility's almost perfectly spherical tokamak — the reactor core that holds the plasma — in mind.

Conventionally, tokamaks have been built in the shape of a donut, formally called a torus. The team is hoping a round design will allow for much smaller and considerably cheaper fusion plant designs in the future.