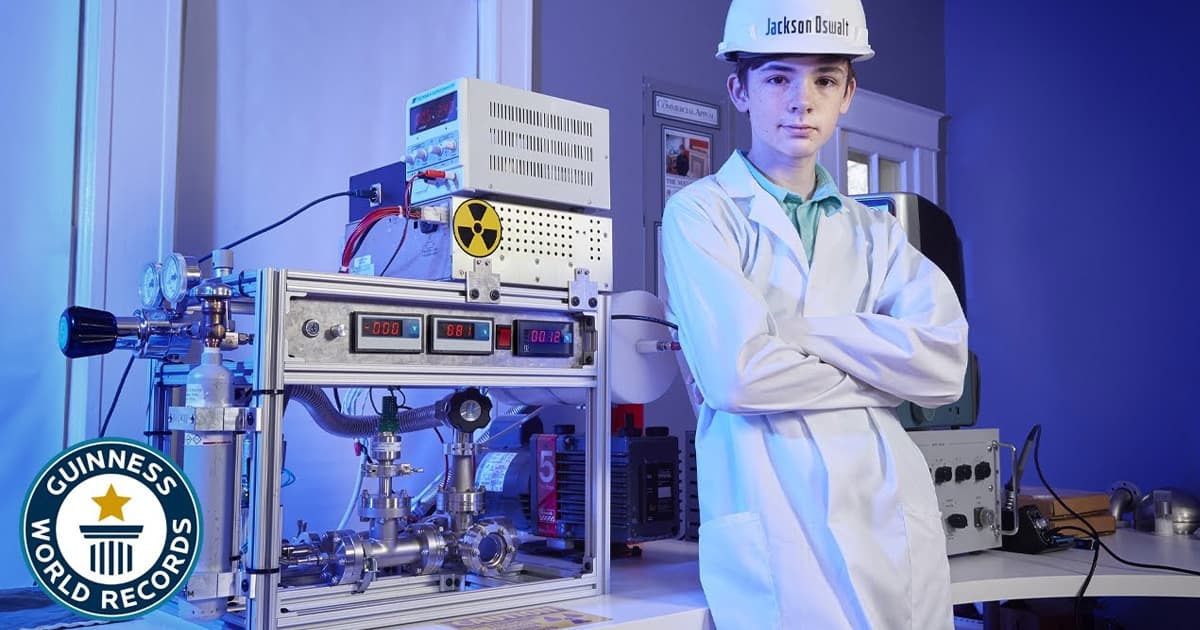 While nations are spending billions to build football field-sized nuclear fusion reactors — the elusive process of harnessing energy from fusing atoms, rather than breaking them apart — a 12 year old kid from Memphis, Tennessee, just became the youngest person to have ever achieved nuclear fusion, according to Guinness World Records.

With just hours left before he turned 13, Jackson Oswalt managed to fuse two deuterium atoms together in a fusion reactor he built — in his family's house.

According to Jackson, he was the only person who worked on the reactor during both the design and production stages.

"The temperature in my fusor varies, but it's approximately 100 million degrees [Kelvin]," Jackson said in the Guinness World Records video accompanying the announcement.

"I have been able to use electricity to accelerate two atoms of deuterium together so that they fuse together into an atom of helium 3 [isotope], which also releases a neutron which can be used to heat up water and turn a steam engine, which in turn produces electricity," he explained in the video.

Jackson was inspired by Taylor Wilson, who was the previous record holder at the age of 14.

Building a DIY fusion reactor — albeit not one that can generate more power than you put into it, a holy grail among energy researchers — is a challenging but achievable task with a thriving online community around it.

"There were a few moments during the project that I had some reservations," Jackson's mother admitted. "I would definitely be googling things before he turned on various stages."

She also added that "he did a great job of explaining it to us."