SpaceX Defector Is Aiming to Land on Mars Before Elon Musk

"We're big fans of SpaceX and Starship. But there's got to be more than one company working at this." 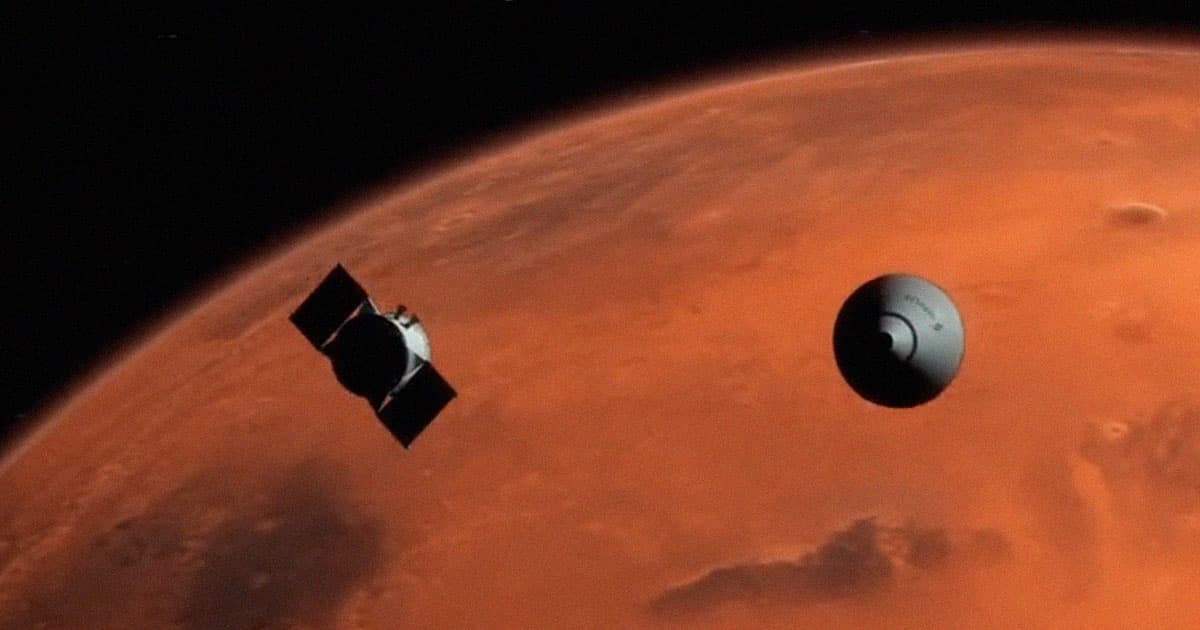 A pair of space startups have teamed up to launch the first-ever private mission to Mars — a highly ambitious plan, Ars Technica reports, given the fact that neither of the two have yet launched a single rocket.

While the startups have a long way to go to successfully launch a mission to Mars — let alone safely land anything on the planet — they do have some serious engineering experience to work from.

Impulse was founded by Tom Mueller in September of last year, who has the rare distinction of being the very first employee that SpaceX hired almost two decades ago.

Mueller, a former lumberjack, ran the Elon Musk-led company's propulsion department for more than a decade. He made substantial contributions to the engines that now power SpaceX's workhorse rockets, including the Falcon 9 and Dragon spacecraft.

Now he's facing the ultra-ambitious goal of launching a Mars mission as soon as 2024, roughly the same time window Musk is eyeing for a Starship mission to the Red Planet.

"This is a whole new era of spaceflight, and we want to be positioned to provide reliable, low-cost, in-space propulsion," Mueller told Ars. "We want to do it all — orbital, lunar, interplanetary."

The plan is for Impulse Space's lander to use four thrusters to softly land on the Martian surface after being dropped off by the Mars Cruise Vehicle.

The goal is to deliver dozens of pounds of scientific payload to the Red Planet's surface — if everything goes according to plan.

"One of the most challenging aspects of landing on Mars is the ‘glide stage,’ which involves an aeroshell to encapsulate the lander for the survival of Mars entry," Mueller said in a statement. "With the power of our combined teams, experience and passion, I am confident this historic mission will be just one of many to come."

Terran R, the rocket that will take the Vehicle and Lander into space in the first place, is Relativity Space's "radically simplified" reusable rocket that combines "3D printing, artificial intelligence, and autonomous robotics," according to the company's website. It's designed to launch over 20 metric tons to low Earth orbit.

The fact that Relativity has yet to launch its first rocket, it's worth pointing out, makes a 2024 journey to Mars an absolutely astronomical goal. The company is hoping to launch Terran 1, its first iteration, by the end of the year.

Regardless of the outcome, Relativity and Impulse are hoping to provide a little more competition for the burgeoning private space industry.

"We're big fans of SpaceX and Starship," Relativity Space CEO Tim Ellis told Ars. "But there's got to be more than one company working at this. I want to be the second company that steps forward and says this is important."

"Hopefully there are many more," he added.

READ MORE: Two companies join SpaceX in the race to Mars, with a launch possible in 2024 [Ars Technica]

More on Relativity: A Fully 3D-Printed Rocket Is Not as Crazy as it Seems. Investors Agree.

Read This Next
Don't let the door hit you
Elon Musk Lobs Casual Space Station Burn at Moscow
Pay Up
NASA Seeks Funding to Send Scientists to Space Station
Starbase Downgrade
Area Residents Express Dismay As SpaceX Looks Poised To Downgrade "Starbase" R&D Facility
Mars Rock Blues
Mars Rock Samples Probably Won't Infect Earth With Deadly Martian Plague, Scientist Says
And Beyond
How NASA Got Price Gouged on the SLS, According to Its Former Second-in-Command
More on Off World
Florida, We Have ...
Tuesday on the byte
Website Selling Moon Mission Launch Tickets Crashed Almost Immediately
Paw Patrol
Monday on the byte
Space Force Sending in Robot Dogs to Patrol a Space Port
A Decade
Aug 7 on the byte
NASA's Curiosity Rover Celebrates 10th Anniversary
READ MORE STORIES ABOUT / Off World
Keep up.
Subscribe to our daily newsletter to keep in touch with the subjects shaping our future.
+Social+Newsletter
TopicsAbout UsContact Us
Copyright ©, Camden Media Inc All Rights Reserved. See our User Agreement, Privacy Policy and Data Use Policy. The material on this site may not be reproduced, distributed, transmitted, cached or otherwise used, except with prior written permission of Futurism. Fonts by Typekit and Monotype.