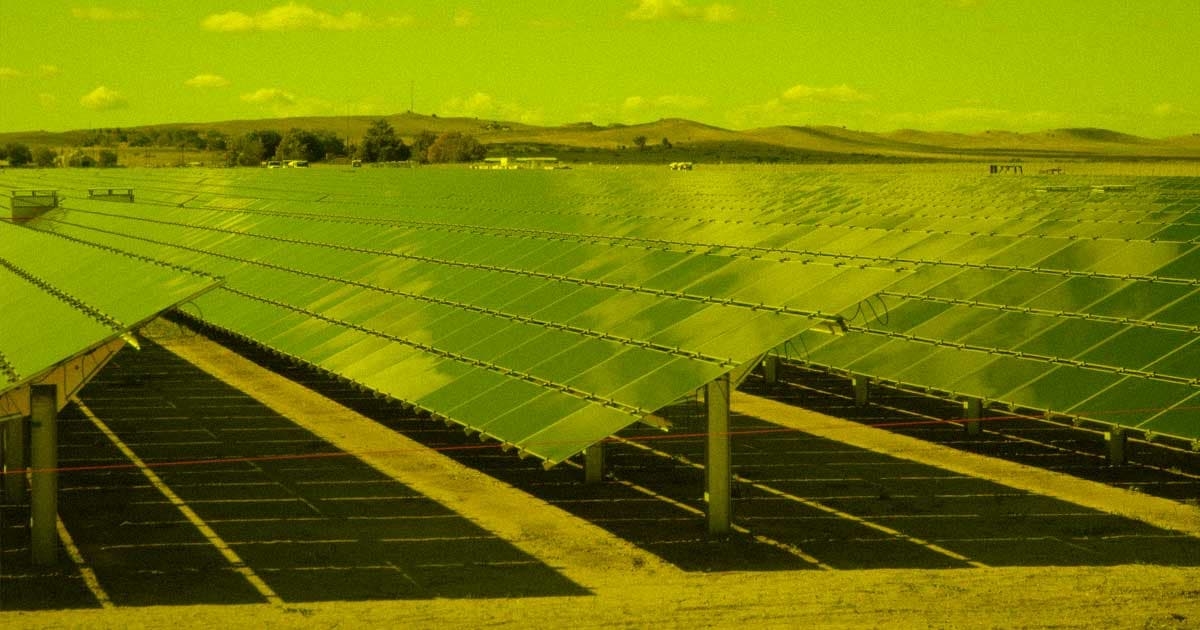 Elon Musk Is Talking About Powering All of America with Solar

Elon Musk is talking, again, about his idea to turn 10,000 square miles in the U.S. desert into a solar farm that can power the entire nation. In a Saturday Twitter reply to an article by Treehugger about Bill Gates questioning the efficiency of solar power, Musk fired back that "all you need is a 100 by 100 mile patch in a deserted corner of Arizona, Texas or Utah (or anywhere) to more than power the entire USA."

He first talked about the idea in 2015, and reiterated them in 2017, as Inverse points out. "The batteries you need to store the energy, so you have 24/7 power, is 1 mile by 1 mile,” Musk said at the National Governors Association Summer Meeting in Rhode Island in 2017. "One square-mile. That's it."

Musk also linked to a University College London blog post, in which energy researcher Andrew Smith did some back-0f-the-envelope calculations, finding that a 10,000 square kilometer area — far smaller than the "100 by 100 mile patch" to be clear — could generate about 500 Gigawatts at 21 percent efficiency, the average in Northwest Texas. That's more than the U.S. annual average consumption of 425 GW.

But it would be an extremely expensive mega project as well. If you were to cover the patch with Tesla's solar panel-covered Roof tiles, it would still cost about six trillion dollars, according to Popular Mechanics — which is about the GDP of Japan.

READ MORE: Elon Musk's Plan for One Giant Solar Farm Is a Little Insane, but Not Completely Insane [Popular Mechanics]

More on the idea: Elon Musk Tells National Governors Association How We Could Power the U.S. With Solar