Worried about cost? The tiles are guaranteed literally forever. 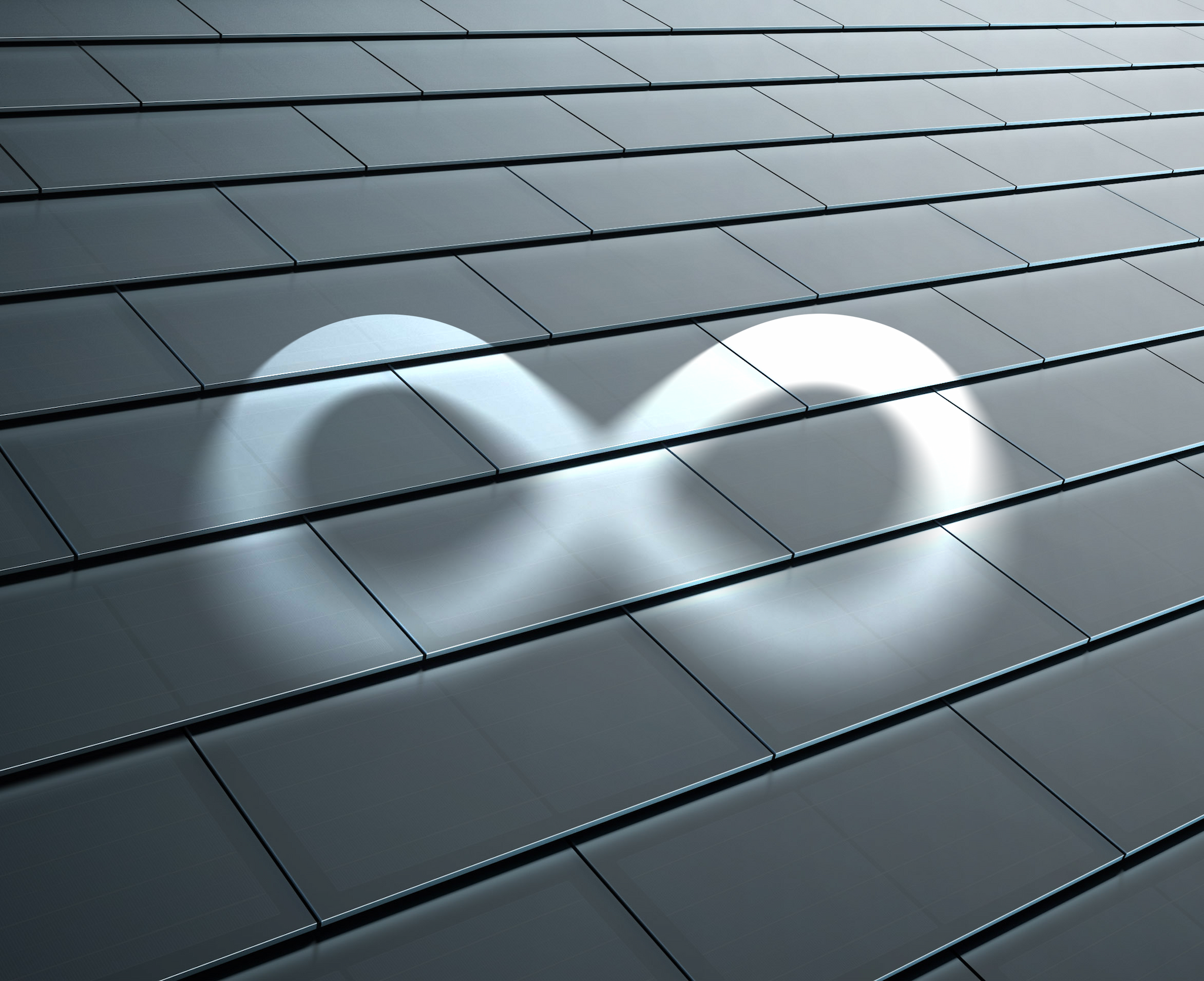 Elon Musk announced via Twitter that orders would begin May 10th, 2017 for his revolutionary solar roof hardware. In another tweet, he promised that ordering would be available in most countries throughout the world. He also clarified that people could expect to see delivery begin in the United States in late 2017, and that deliveries would roll out sometime next year for overseas locations.

But another announcement just came in that's even more revolutionary: The solar roofs will have an infinity warranty.

Yes, you read that right. The Tesla website just released all the information that you will need regarding how to order their new solar roof tiles and, remarkably, the site states that the tiles are guaranteed literally forever: "Glass solar tiles are so durable they are warrantied for the lifetime of your house, or infinity, whichever comes first."

In the above gif, you can see Tesla's solar roof (on the left) and traditional roofs (on the right). The test video is for the highest FM 4473 hail rating, and Tesla asserts that the video was filmed at a staggering 2,500 frames per second. Each five-centimeter (two-inch) hailstone traveling at approximately 177 kph (110 mph) on impact.*

Ultimately, this absurd warranty lends authority to Musk's previous claims that the solar roofs would be cheaper than traditional roofs, which is notable because cost efficiency is one of the primary hurdles when it comes to renewable energy.

The website also clarifies that other energy solutions could be used alongside the solar roofs to help decrease energy bills and allow individuals to truly go "off the grid." As the site outlines, "With an integrated Powerwall battery, energy collected during the day is stored and made available any time, effectively turning your home into a personal utility."

A New Age in Energy

In the end, disruptions like these are precisely why Tesla acquired SolarCity in November of 2016. Tesla’s acquisition of SolarCity allows for a completely integrated home energy experience — all housed under one company. And the revolution that Tesla is leading is remarkably promising. As we previously reported, studies by the National Renewable Energy Laboratory (NREL) and others suggest that 25 percent of the United States’ energy needs could be filled by rooftop solar installations alone.

Of course, not every rooftop is ideal for solar paneling, and a combination of many factors determine how much electricity any given rooftop can generate. These factors include average sunlight of the area, as well as how much of that sunlight is allowed to reach the roof, uninhibited by pesky tall buildings, trees, or other shade-throwing structures.

To that end, Tesla allows you to take a look at your cost vs. savings. If you live in the United States, you can use get an estimate based on data obtained from Google’s Sunroof project.

*Edit: As other's have pointed out, the Tesla titles are mounted differently, which may skew the above results in favor of the Tesla tiles. Nevertheless, it does reveal the remarkable durability of the solar tiles.

Read This Next
Fusion Futility
Elon Musk Slams Fusion, Says Future of Energy Is Wind and Solar
Remember Donald?
Donald Trump Goes on Bizarre Rant Against Electric Cars
The Kids Won't Be Alright
Elon Musk Warns That Humankind Will "End Up in Adult Diapers"
Mine! Mine!
Elon Musk Suggests Tesla Might Start Mining Lithium
Stop Aging Please
Elon Musk Says That Immortality Tech Would Be Very Dangerous
More on Earth & Energy
Imagine Dragons
Yesterday on the byte
Miners Say "Sorry" for Losing Highly Radioactive Object Along Highway
Rock Battery
Jan 28 on the byte
Researchers Successfully Turn Abandoned Oil Well Into Giant Geothermal Battery
Do The Worm
Jan 27 on the byte
Scientists Name "Funky Worm" Amphibian After a Weird 70s Funk Song
READ MORE STORIES ABOUT / Earth & Energy
Keep up.
Subscribe to our daily newsletter to keep in touch with the subjects shaping our future.
+Social+Newsletter
TopicsAbout UsContact Us
Copyright ©, Camden Media Inc All Rights Reserved. See our User Agreement, Privacy Policy and Data Use Policy. The material on this site may not be reproduced, distributed, transmitted, cached or otherwise used, except with prior written permission of Futurism. Articles may contain affiliate links which enable us to share in the revenue of any purchases made.
Fonts by Typekit and Monotype.