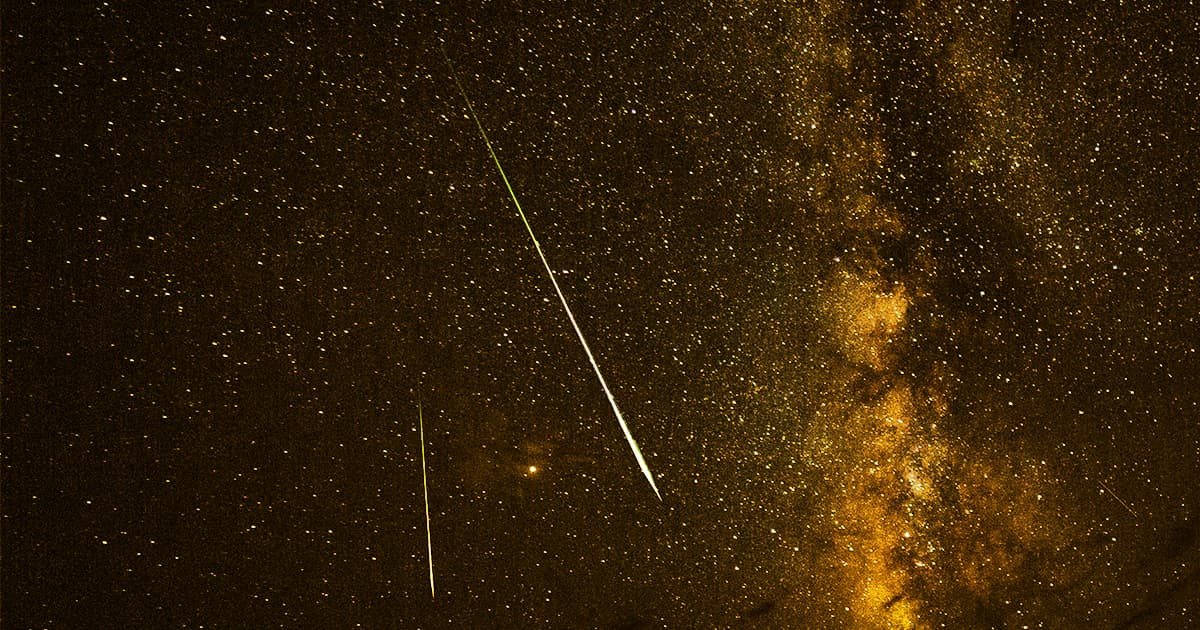 This Meteor Exploded So Violently That It Shook Entire Buildings Below

The ten-pound rock exploded with the force of 440 pounds of TNT.

The ten-pound rock exploded with the force of 440 pounds of TNT.

On Sunday night, a meteor rocketed over Vermont before exploding in such a powerful blast that people could hear it from miles away as it shook cars and buildings below.

The fireball, NASA Meteor Watch later announced on Facebook, was likely a chunk of a fragmented asteroid that flew over Mount Mansfield State Forest at 42,000 miles per hour before exploding. The explosion became a bit of a public spectacle, according to CBS News, but otherwise seems to have passed without incident, unlike one that landed in France last month.

The rock itself likely weighed just about 10 pounds and measured six inches across, yet the explosion it caused when it broke apart released as much energy as 440 pounds of TNT, according to NASA.

The blast itself likely happened when the atmospheric pressure in front of the meteor and the reduced pressure of the vacuum behind it built up and became too much for the space rock to withstand, resulting in a violent fragmentation.

Multiple stations on the ground even picked up tremors caused by the explosion, as if it had caused an earthquake, all of which helped NASA pinpoint and reconstruct the meteor's structure, since they couldn’t inspect it in person.