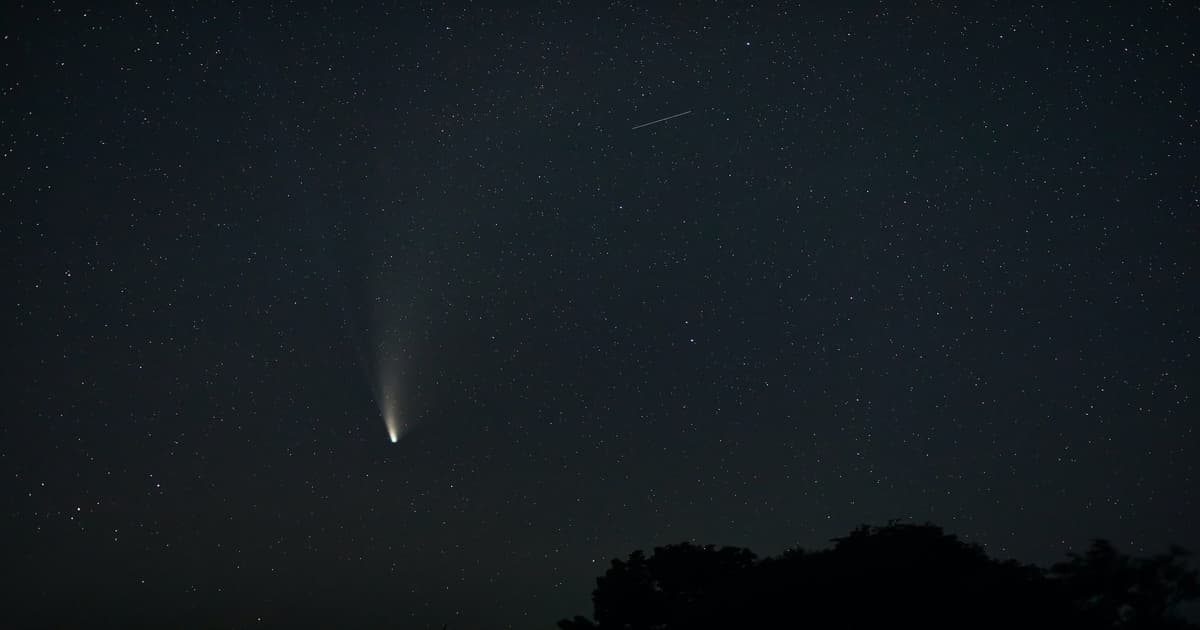 "A fresh meteorite like this, which fell just a few days ago, hasn’t been altered by the Earth’s environment and therefore contains very precious information for scientists."

"A fresh meteorite like this, which fell just a few days ago, hasn’t been altered by the Earth’s environment and therefore contains very precious information for scientists."

A small meteorite fell on France last weekend sparking calls by amateur astronomers to help hunt down the space rock.

The apricot-sized rock was seen falling through Earth's atmosphere by cameras at an observatory in Mauraux, France, The Guardian reports, and landed near Aiguillon at 10:43pm on Feb 27. Estimated to weigh 150 grams (a little over five ounces), the meteorite has ignited pleas from skywatchers for locals to help find the rock.

"A fresh meteorite like this, which fell just a few days ago, hasn’t been altered by the Earth’s environment and therefore contains very precious information for scientists," Mickael Wilmart, an official with the A Ciel Ouvert (Open Sky) astronomy education association, told The Guardian.

The cameras at the Mauraux observatory were able to capture this stunning recording of the meteorite crashing to Earth:

Needle in a Haystack

A hunt is already underway for the meteorite throughout the Aiguillon region, roughly 62 miles southeast from Bordeaux. Astronomers have taken to social media to call searchers to action, and have also put up posters near the area where they believe the rock has landed.

If you’re around Aiguillon, you can try your hand at meteorite hunting yourself. Check out the image below provided by the Vigie Ciel (Sky Watch) project of the rock's estimated landing area:

But be warned: It's going to be just a little difficult finding a very specific rock in a city-sized region of France.

"It's a bit like searching for a needle in a haystack," stressed Wilmart to The Guardian. "We're really counting on people to look in their gardens, or along the side of the road, they might just stumble on this rock that's wanted so badly."

Relics of the Solar System

Researchers are eager to find the meteorite. Its discovery can uncover fresh new insights about similar space rocks as well as the origins of our solar system.

"Meteorites are relics of the solar system’s creation, with the benefit of never being exposed to the elements," Wilmart told The Guardian.

Hopefully, it ends up being an actual meteorite — instead of flaming space debris from satellites like the ones found in Chili in 2019.

More on meteorites: Planets With Oceans of Lava May Have Given Us Meteorites