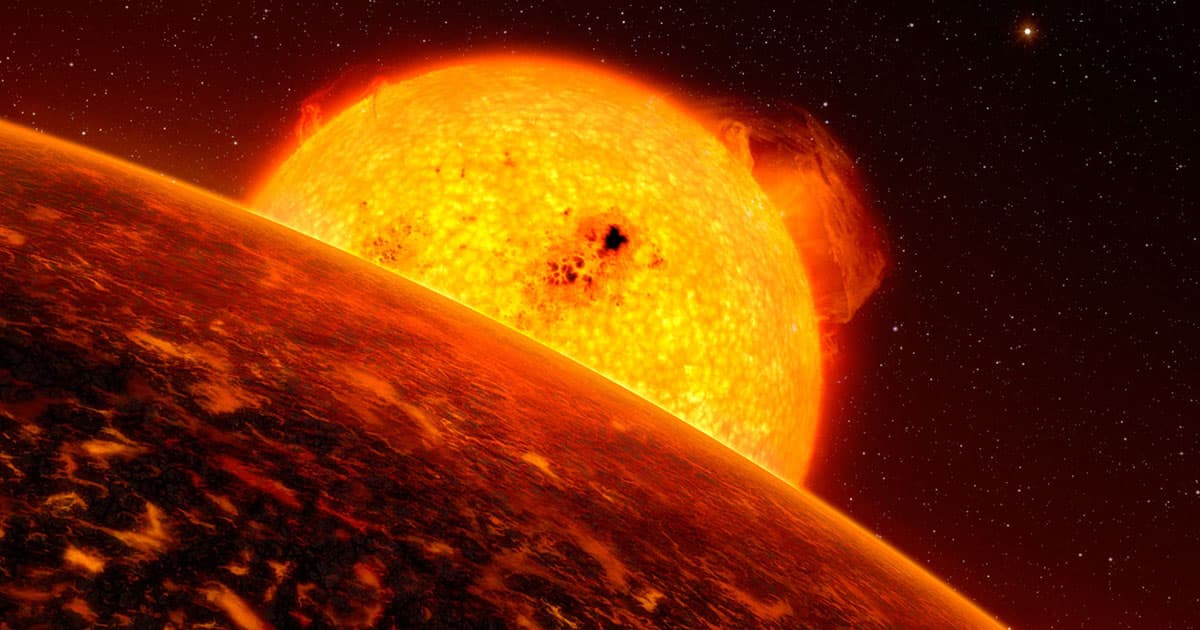 Planets With Oceans of Lava May Have Given Us Meteorites

It breathes life into the 19th-century theory that meteorites are "droplets of fiery rain."

It breathes life into the 19th-century theory that meteorites are "droplets of fiery rain."

Scientists have been perplexed by the origins of chondrules — the tiny, mysterious spheres found in many of the meteorites that have crashed into Earth. But now, they've got a new hypothesis for where they came from, and it may be the most brutal space theory so far.

As the idea goes, tiny proto-planets covered in oceans of lava — yes, lava planets, as seen in science fiction everywhere from Star Wars to Star Trek to Star Fox — may have incinerated asteroids as they flew by, melting then flash-freezing bubbles (the chondrules) into them in the process, according to The New York Times. If it's true, then it means that probing these chondrules could give scientists a rare glimpse into the hellish early days of our solar system.

The research, presented this month at the American Astronomical Society's meeting, is still imperfect — chondrules and the meteorites that contain them continue to elude an easy description.

But this new explanation checks many boxes, and it's almost poetic that, as the NYT reports, it mirrors an early 19th-century description of chondrules as "droplets of fiery rain."

Interestingly enough, the idea that meteors bubbled as they flew past lava oceans suggests that chondrules would be extremely rare — yet chondrule-packed chondrites make up 86 percent of the meteorites that hit Earth. And some of them even have chondrules that seem to have melted on two separate occasions, Rowan University researcher Harold Connolly, a critic of the theory, told the NYT.

"Chondrule formation is just a really thorny problem," University of Manchester researcher Rhian Jones told the NYT. "So anytime somebody comes up with something completely different it’s very welcome, because we don’t have the answer."

READ MORE: Small Worlds With Lava Oceans Might Have Given Us Meteorites [The New York Times]

More on meteorites: Rocks on a Distant Asteroid Resemble Those on Earth