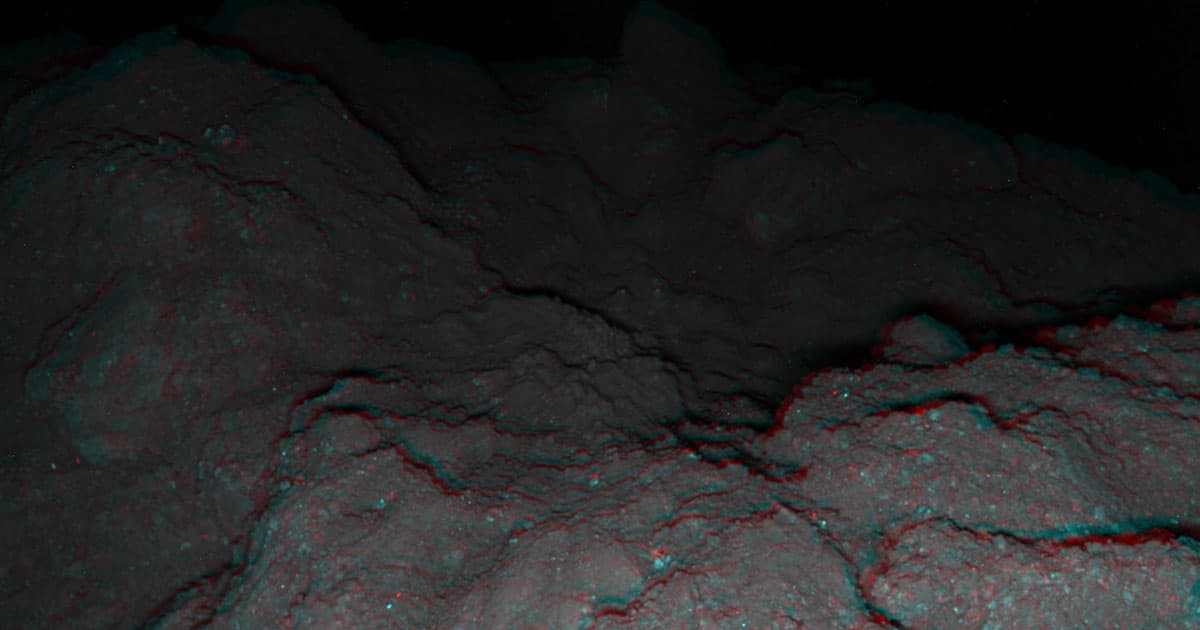 Rocks on a Distant Asteroid Resemble Those on Earth

Rocks on the surface of Ryugu, the distant asteroid currently being explored by the Japanese space probe Hayabusa-2, bear a striking resemblance to rocks from meteorites that have crashed down on Earth.

That's according to a team of European and Japanese scientists who analyzed newly-released photos that Hayabusa-2's robotic lander, MASCOT, took from the asteroid's surface back in October 2018, Gizmodo reports. Because the asteroid is thought to contain material from the earliest days of our solar system, the surprisingly dust-free asteroid's similarity to rocks found on Earth could have huge implications for understanding our planet's past.

Some of the rocks resemble carbonaceous chondrite meteorites that have been found crash-landed on Earth, according to the team's research, which was published in the journal Science on Friday.

Carbonaceous chondrites are some of the oldest known rocks in the solar system, but the samples here on Earth were altered as they passed through the atmosphere. When Hayabusa-2 eventually brings samples back down to Earth, scientists will finally have an opportunity to study the space rocks in their original form.

"What we have from these images is really knowing how the rocks and material is distributed on the surface of this asteroid, what the weathering history of this stuff is, and the geologic context," Rolf Jaumann of the German Aerospace Center told Gizmodo. "It's the first information on this kind of material in its original environment."