Facing the music of an unsexy problem, with a sound solution. 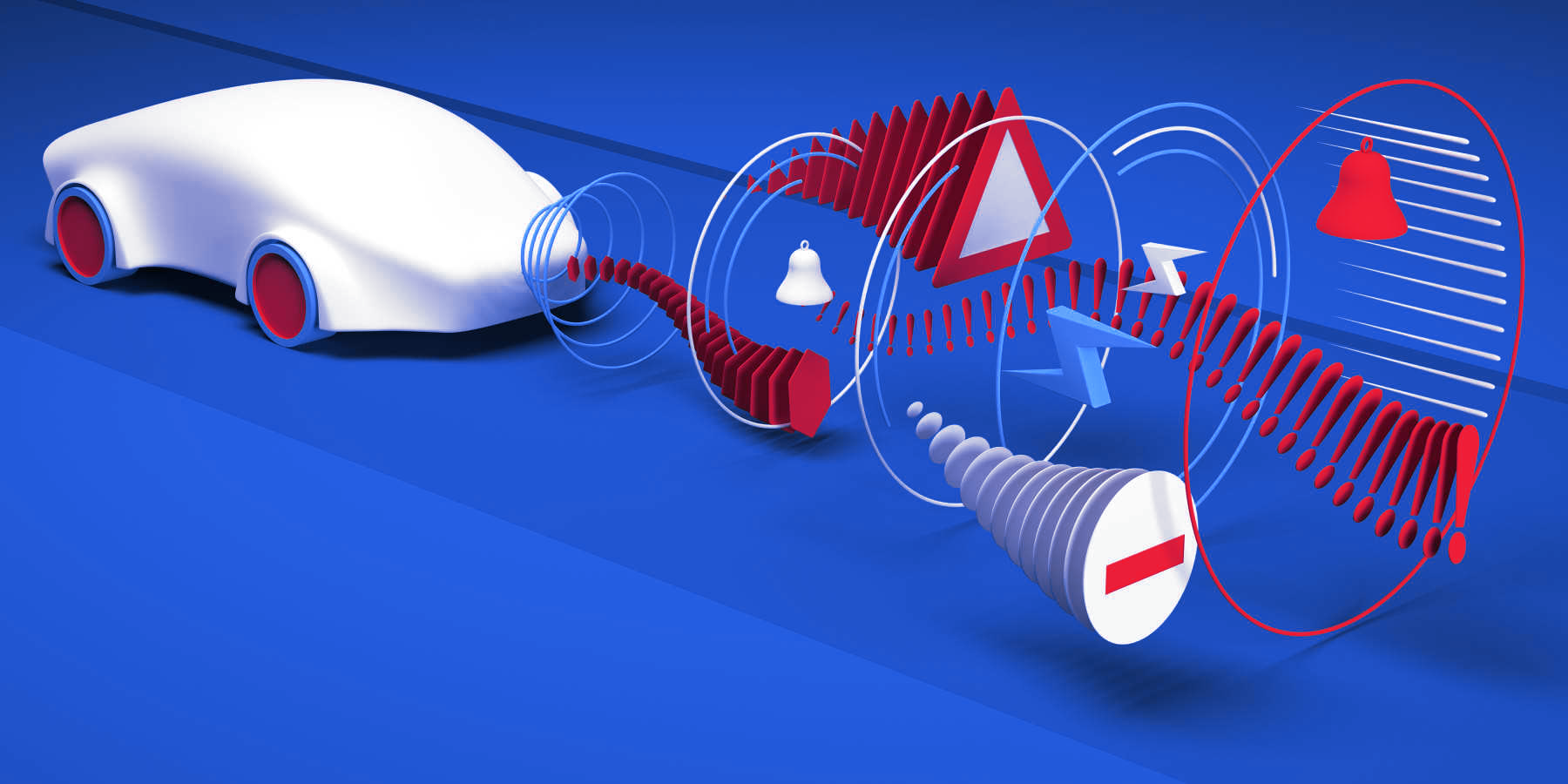 If you live anywhere near a busy street, you already know: Cars make noise. If the rumbling of engines, incessant honking, and the repeated whoosh of them going by hasn't ruined your day (or night's sleep) at least once or twice, consider yourself lucky. Fortunately, that's all about to change. Electric vehicles (which are mouse-in-a-house quiet) are catching like wildfire.

Such a problem, in fact, that the European Union just announced all existing EVs will have to emit some kind of sound or noise by July 2019, even when traveling at slow speeds.

The logic behind this? Relatively straightforward: Because of EVs' silent state, pedestrians and cyclists have a hard time hearing them coming. As a result, accidents involving pedestrians and EVs are on the rise. For instance, a Japanese man, and his guide dog were fatally struck by a reversing EV, according to The Guardian.

That one accident is representative of a much bigger issue: The visually-impaired and partially-sighted often rely on some kind of sound for spatial awareness. The numbers don't lie:

And car manufacturers are already on the case, designing special beeps and chirps for their upcoming lines of EVs to warn pedestrians. This all sounds (sorry) well and good, but it ignores a massive problem: There's no one, universal sound an electric car makes. You know what a car sounds like when it's coming—but do you know what an electric car sounds like when it's coming? If all of these car manufacturers are making various beeps and whirs to prevent accidents, are we expected to know that these sounds are electric cars?

Nobody argues that EVs need to produce noise, when traveling at low speeds. The National Highway Traffic Safety Administration under the Obama administration, calls for car makers to require all hybrid cars and EVs to produce noise when travelling under 19 MPH. Somehow, this new rule keeps getting pushed back (one theory: car industry lobbyists working to advocate for companies who don't want to spend money on mandatory retrofits for their cars at their expense).

But they also know — and anyone could probably see, pretty easily — that the EV market is about to explode, as global car makers invest a record $90 billion in EVs. And that means a ton of new models, and a ton of new chirps, buzzes, and whines that come with them. Can we really expect for the visually-impaired to keep track of every different kind of noise?

A universal, easily recognizable buzz that every EV is required to make could easily solve this problem. 'Problem is, it's an unsexy solution to an unsexy problem. A Toyota Prius Plug-in Hybrid's spaceship noise sounds pretty different from a Smart car right now, and every car maker wants to set apart their own EVs with special, unique beeps and boops. Even Tesla, the supposed future of auto travel as we know it, doesn't even offer any kind of warning sound yet. But there are plenty of possible compromises that could ensure the safety of everybody, especially the visually-impaired. For instance, a base humming noise that could have other unique sounds layered on top of it could do the trick.

But without the government telling them to do so, just expecting every car manufacturer in the world to agree on a universal sound? Not gonna happen. But there is, of course, an option: You can always make some noise, yourself, by call your political representatives, and explaining the issue to them. Again: It might not be the sexiest problem, but if widespread electric vehicle adoption is something you care about — if green energy is something that matters to you — then this is the kind of noise about noise you'll want to be making.