And he got his bluff called. 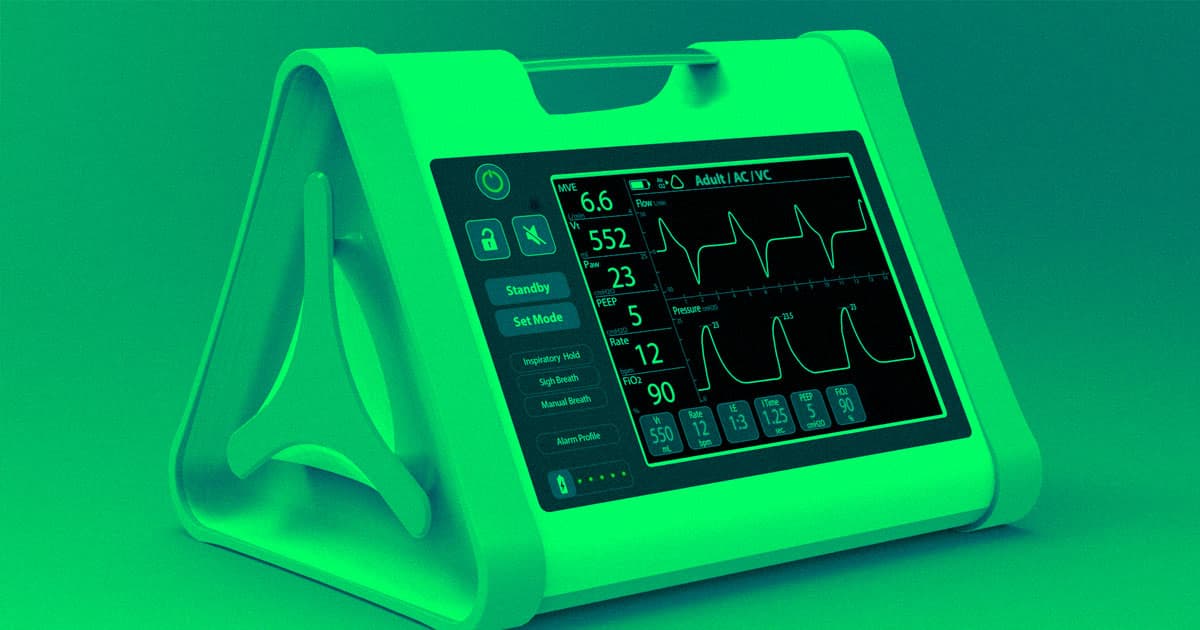 Image by One Breath

In a series of tweets, Tesla CEO Elon Musk offered to "make ventilators if there is a shortage" in order to assist overtaxed hospitals during the coronavirus outbreak. It's a surprising shift for the billionaire. The news comes after he downplayed the risks of the deadly virus outbreak just last week.

"The coronavirus panic is dumb," he wrote on March 6. In a follow-up tweet last night, Musk explained that "the panic will cause more harm than the virus, if that hasn't happened already."

Tesla was also extremely slow in its response to closing its Fremont factory in California, with local law enforcement warning to shut it down after the company refused to comply with the Bay Area's "shelter in place" lockdown.

The US is headed for a crisis. There are not nearly enough lifesaving ventilators for everybody who's currently sick with COVID-19 and still bound to get infected. The country's also been extremely slow in accelerating the production of ventilators as well.

The initial plea came from a Tesla owner who works in the medical field called Raja Abbas. "Please repurpose your factory to make ventilators which are needed ASAP," Abbas wrote in a tweet targeted at Musk. "I am a Tesla owner and love the company. You have to stop being an idiot about this. This is a massive disaster. Ask the doctors in the field."

As it turns out, Tesla and Musk's other successful venture SpaceX could be pretty well suited for manufacturing ventilators. "Tesla makes cars with sophisticated hvac systems," Musk explained in a Thursday tweet. "SpaceX makes spacecraft with life support systems. Ventilators are not difficult, but cannot be produced instantly."

Despite the good will, Musk still seems hesitant about turning his business around to assist in a crisis of unprecedented proportions. He's still looking for the fire:

"Which hospitals have these shortages you speak of right now?" Musk responded to FiveThirtyEight editor-in-chief Nate Silver. Silver called his bluff by suggesting those in need reach out to him to let Elon know. As of this morning, Bill De Blasio, New York City mayor, was already on the list, and reaching out to Musk.

READ MORE: Tesla offers to make ventilators from its factory in response to coronavirus shortages [Teslarati]

Read This Next
PDA
Elon Musk Is Faving Posts on Twitter That Are Making Our Skin Crawl With Embarrassment
Crooked Cops
NYPD Cop Investigated for $1.5 Million Scheme to Sell Fake Vaccine Cards
From Our Partners
Breathe Easy With An Anti-Viral Face Mask In This Pre-Black Friday Sale
From Our Partners
Build A Robotic Toy Car With This DIY Self-Driving Vehicle Kit
From Our Partners
This NASA Apollo 15 Commemorative Watch Is Historic In Its Own Right
More on Sci-Fi Visions
HIV Vaccine
Dec 2 on neoscope
Scientists Hopeful About Promising Results From HIV Vaccine
LIfe Finds a Way
Dec 1 on the byte
Billionaire Private Astronaut Suggests Reviving Dinosaurs
Health Revelation
Nov 22 on neoscope
Chris Hemsworth Reveals Grim Genetic Test Results, Will Take Break From Acting
READ MORE STORIES ABOUT / Sci-Fi Visions
Keep up.
Subscribe to our daily newsletter to keep in touch with the subjects shaping our future.
+Social+Newsletter
TopicsAbout UsContact Us
Copyright ©, Camden Media Inc All Rights Reserved. See our User Agreement, Privacy Policy and Data Use Policy. The material on this site may not be reproduced, distributed, transmitted, cached or otherwise used, except with prior written permission of Futurism. Articles may contain affiliate links which enable us to share in the revenue of any purchases made.
Fonts by Typekit and Monotype.