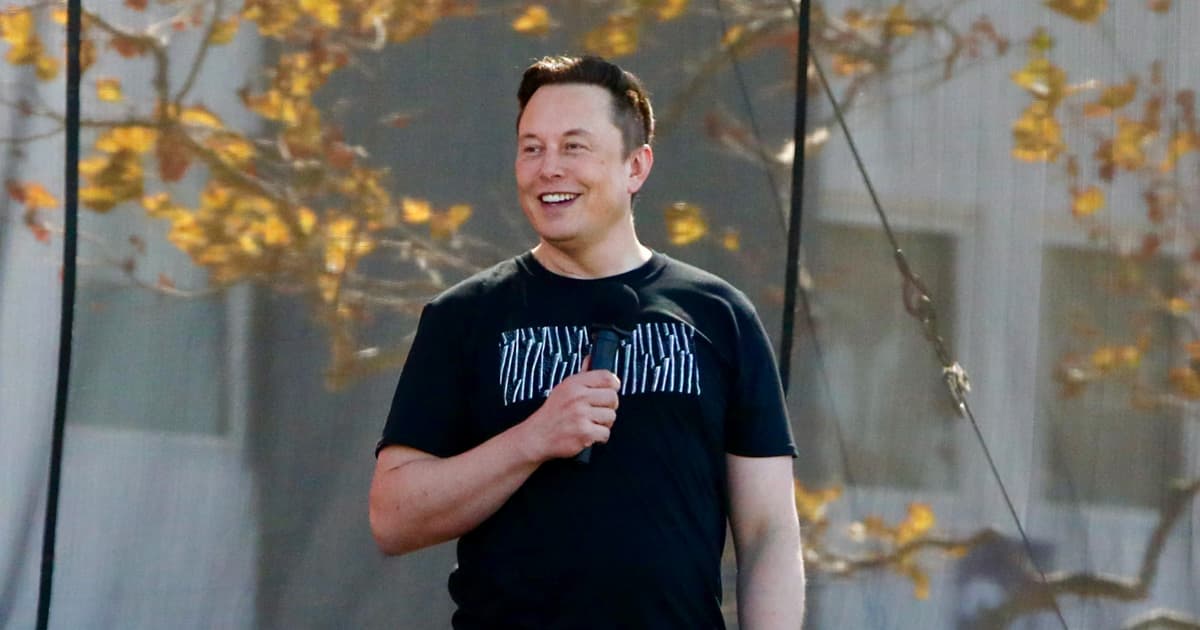 Yep, We're Still Writing About Him

Elon Musk: I Refuse to Get a COVID Vaccine

In a New York Times interview with tech journalist Kara Swisher, Tesla CEO Elon Musk revealed that he's not planning on getting a COVID vaccine once it becomes available.

"I’m not at risk for COVID, nor are my kids," Musk answered.

Musk has had a complicated track record when it comes to the ongoing pandemic — and as he himself admitted to Swisher, it's "a hot button issue where rationality takes a backseat."

But it's undeniably been a weird turn for the scientifically-minded entrepreneur, who's spread misleading information about the virus and infamously tweeted in early March that he predicted there to be "close to zero new cases” by the "end of April." He also opined that "the coronavirus panic is dumb."

Musk also became embroiled in a heated back and forth in May with local authorities in Alameda County, home of one of his electric car company's factories. Musk pushed for a premature reopening of the facility, despite local lockdown rules forbidding a return to workplaces.

To Musk, it seems as though the pandemic is essentially just nature taking its course. When Swisher pushed him, telling him that "this storm is coming again," Musk retorted with a blunt "everybody dies."

Musk also shut down when Swisher asked him to put himself in the shoes of Tesla workers called back to work during a time when the nation's battle with COVID-19 was only getting started. In fact, days after restarting production, workers started testing positive for the coronavirus.

"Let's just move on," Musk pleaded. "Kara, I do not want to get into a debate about COVID, this situation."

More on Musk: Elon Musk: “I Feel a Bit Bad About Hating on the Oil and Gas Industry”