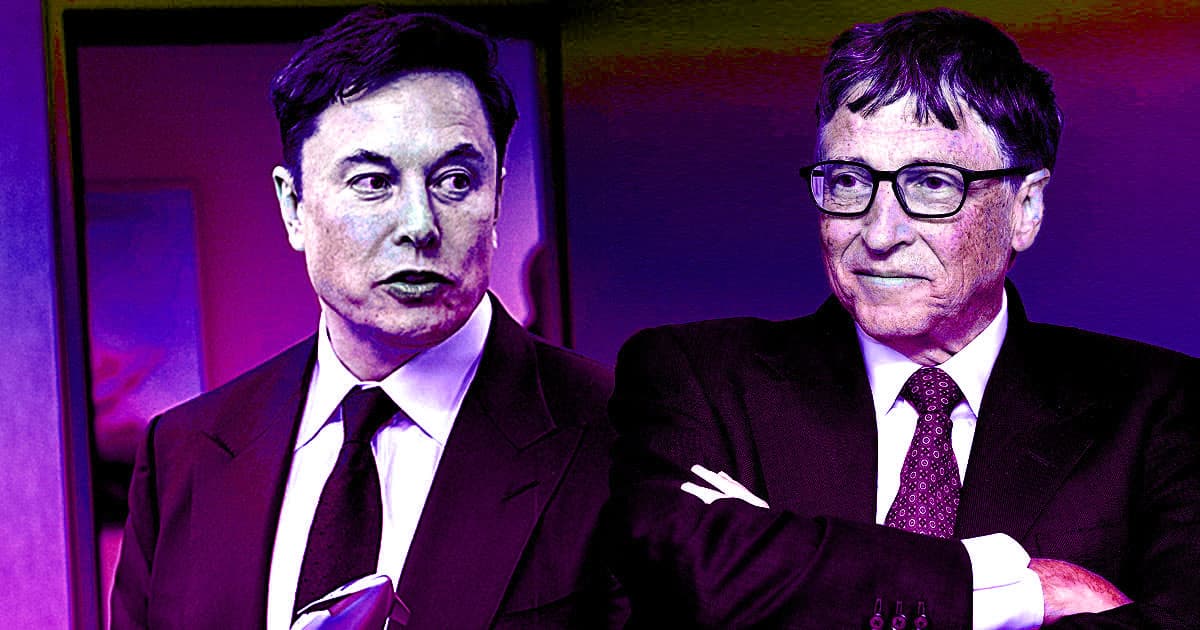 Have you wanted to get a Zune after being vaccinated?

Have you wanted to get a Zune after being vaccinated?

Elon Musk took a pot shot at Bill Gates and the Zune mp3 player when he tweeted an anti-vax meme poking fun at the Microsoft founder early Saturday morning — only to delete the tweet hours later.

Musk posted an edited image of a cartoon by right-wing cartoonist Ben Garrison to Twitter that depicted Gates presiding over a nefarious "Mandatory Vaccine Rollout" plan, according to Insider. The last step of that plan — after instilling fear and censoring information — is relaunching the Zune.

"Soon u will feel the strange desire for Zune…" wrote the Tesla CEO and father of seven. He followed that up with, "This is actually happening."

Keep It In Drafts

Musk appeared to regret the tweet later, and deleted it two hours after initially posting.

By that time, though, the post had been retweeted more than 5,000 times.

He didn’t give a reason as to why he deleted it — though we can probably guess a few reasons why.

For one, Musk has already caught heat for his controversial takes about COVID in the early days of the pandemic. He later made it very clear that neither he nor his children would get the COVID vaccine (before saying that vaccines are, in fact, good actually).

He might have also deleted the tweet because the original cartoon was promoting the widely debunked conspiracy theory that Bill Gates is taking advantage of the pandemic to push vaccines on people as part of a global mind-control agenda (the artist has also created anti-semetic cartoons in the past).

Our galaxy brain take: Musk was actually a big Zune fan and wants Gates to bring back the former iPod rival. After all, he's a big fan of overhyped but ultimately disappointing products.

Footage of what it looks like when a @Tesla is traveling through the @boringcompany’s Convention Center Loop. #vegas #boringcompany pic.twitter.com/ph1DJoTYBi

READ MORE: Elon Musk took a swipe at Bill Gates and Microsoft Zune with an edited version of an anti-vaccination cartoon [Insider]