Here's Why People Are Calling Elon Musk a "Space Karen"

"What's bogus is that Space Karen didn't read up on the test before complaining to his millions of followers." 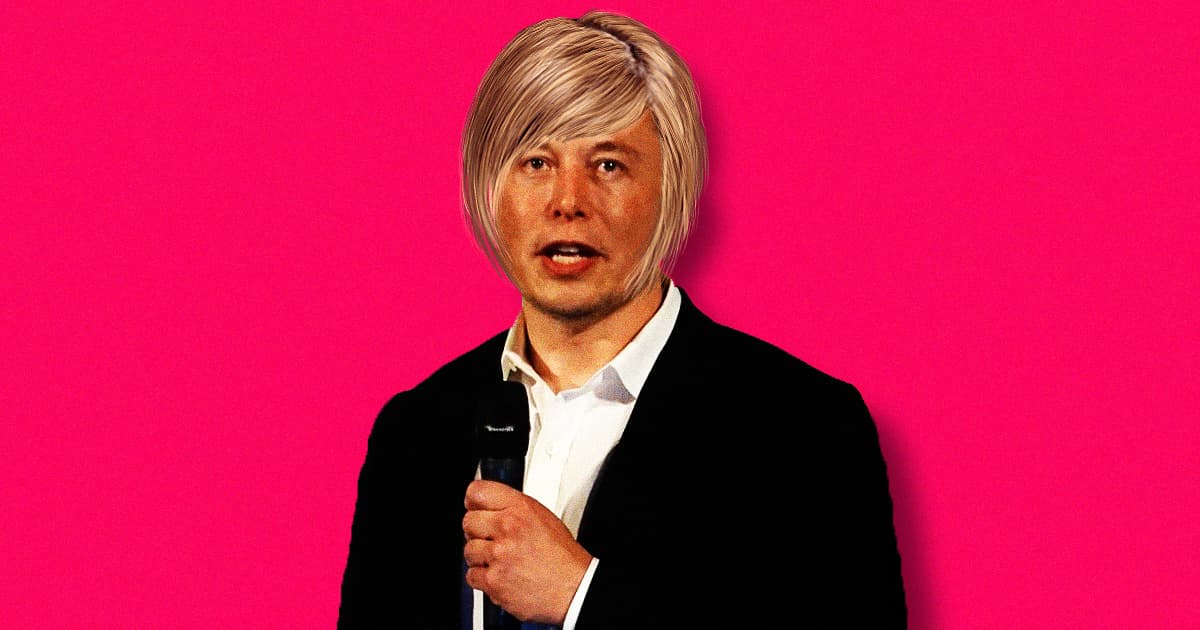 SpaceX CEO Elon Musk had to follow his space company's historic Crew-1 launch on Sunday evening from the comfort of his own home.

That's because he's likely come down with COVID-19.

Musk also took the opportunity to voice skepticism surrounding the validity of COVID-19 testing. "Something extremely bogus is going on," he wrote.

Musk has been an outspoken skeptic of the ongoing global pandemic. He previously called the early panic surrounding the pandemic "dumb" and also infamously predicted there to be "close to zero new cases" by the "end of April."

In September, he even told The New York Times that he won't get a vaccine for him and his family. "I’m not at risk for COVID, nor are my kids," Musk said.

In light of all the public health chaos he's sown, the internet has now bequeathed him with the derogatory nickname "Space Karen."

I will never not laugh at Space Karen https://t.co/InvR5sTRMy pic.twitter.com/92vQfIyzHi

Antigen tests, the ones Musk called into question on Friday, can be completed in a matter of hours, but are less accurate and should therefore be used as a screening tool rather than a diagnostic one. PCR tests take longer, but are far more accurate.

"Rapid antigen tests trade sensitivity for speed," Emma Bell, bioinformatics postdoc student, noted in a reply on Twitter. "They return a result in <30 minutes, but can only detect COVID-19 when you're absolutely riddled with it."

"What's bogus is that Space Karen didn't read up on the test before complaining to his millions of followers," they explained.

On Saturday, Musk took to Twitter to clarify the situation surrounding his health — but, like a raging Karen in a checkout line, succeeded only in muddying the waters further.

"Am getting wildly different results from different labs, but most likely I have a moderate case of COVID," he tweeted. "My symptoms are that of a minor cold, which is no surprise, since a coronavirus is a type of cold."

That's false, of course — though other coronaviruses do cause types of the common cold, COVID can be far more severe. In fact, more than a million people have already died from it worldwide.

Read This Next
Work Culture
Former Tesla Manager Says Workers Will Actually Love Elon Musk's Tyrannical Email
The Saga Continues
SpaceX President Defends Elon Musk Against Sexual Misconduct Claims
Thanks Man!
After Sexual Allegations, Elon Musk Jets Off to Brazil
Wait Wait
Elon Musk Has a Ridiculous Excuse for Why He Suddenly Doesn't Want to Buy Twitter
Musk Gonna Musk
Experts Say That Elon Musk Has No Idea How Math Works
More on Future Society
McDoom
3:52 PM on the byte
Sorry Folks, That Photo of Doom Running on a McDonald's Kiosk Is Fake
Armed and Dangerous
1:43 PM on the byte
US Hypersonic Missile Test Fails For A Second Time
Hey Elli
Yesterday on the byte
New York State Buys Robots for Lonely Elders
READ MORE STORIES ABOUT / Future Society
Keep up.
Subscribe to our daily newsletter to keep in touch with the subjects shaping our future.
+Social+Newsletter
TopicsAbout UsContact Us
Copyright ©, Camden Media Inc All Rights Reserved. See our User Agreement, Privacy Policy and Data Use Policy. The material on this site may not be reproduced, distributed, transmitted, cached or otherwise used, except with prior written permission of Futurism. Fonts by Typekit and Monotype.