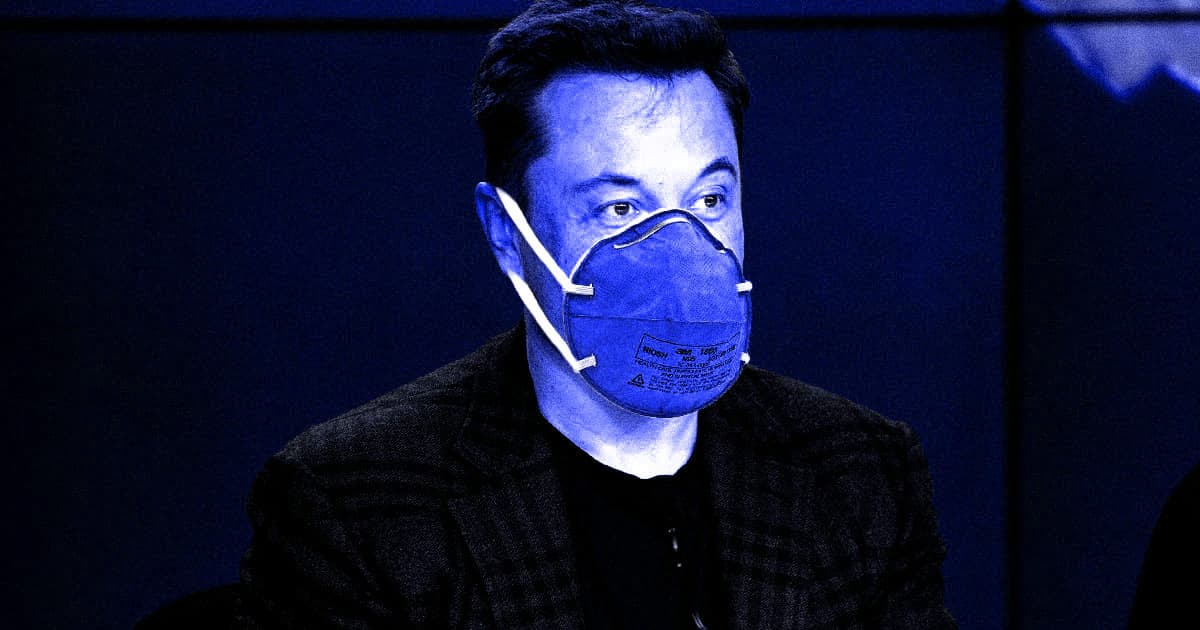 Musk tested both positive and negative twice late on Thursday.

Musk tested both positive and negative twice late on Thursday.

NASA Administrator Jim Bridenstine told reporters at a briefing ahead of SpaceX and NASA's historic Crew-1 launch on Saturday that he expects SpaceX CEO Elon Musk to "quarantine and self-isolate" after testing positive for the coronavirus late on Thursday, as SpaceNews senior writer Jeff Foust reported on Twitter.

NASA plans to make history this weekend by launching the first operational crew mission to the International Space Station from American soil since the retirement of the Space Shuttle program in 2011 — on board a SpaceX Crew Dragon spacecraft.

"When somebody tests positive for COVID here at the Kennedy Space Center and across NASA it is our policy for that person to quarantine and self isolate," Bridenstine told reporters this morning. "We anticipate that will be taking place."

But Musk is dealing with some health issues that may result in him having to stay home: he tested positive for COVID-19 late last night.

Musk also said that he has had the symptoms of a common cold. "Mild sniffles & cough & slight fever past few days," he added later. "Right now, no symptoms, although I did take NyQuil."

Bridenstine is now asking Musk to make sure he doesn't infect others. It's unclear if Elon Musk will be in the mission control room for Crew-1 on Saturday. He was present for the preceding Demo-2 mission in May.

"We are looking to SpaceX to do any contact tracing that is appropriate and then of course if there are changes that need to be made, we will look at those but it's very early right now to know if any changes are necessary at this point," he added. "We just don't know."

According to Bridenstine, there are no operational changes to Crew-1 at this time — and he's unaware of any contact Musk has had with the astronauts.