Hypersonic Travel May Become a Reality Sooner Than You Think

New York to London in 3 hours and for half the price? Yes please. 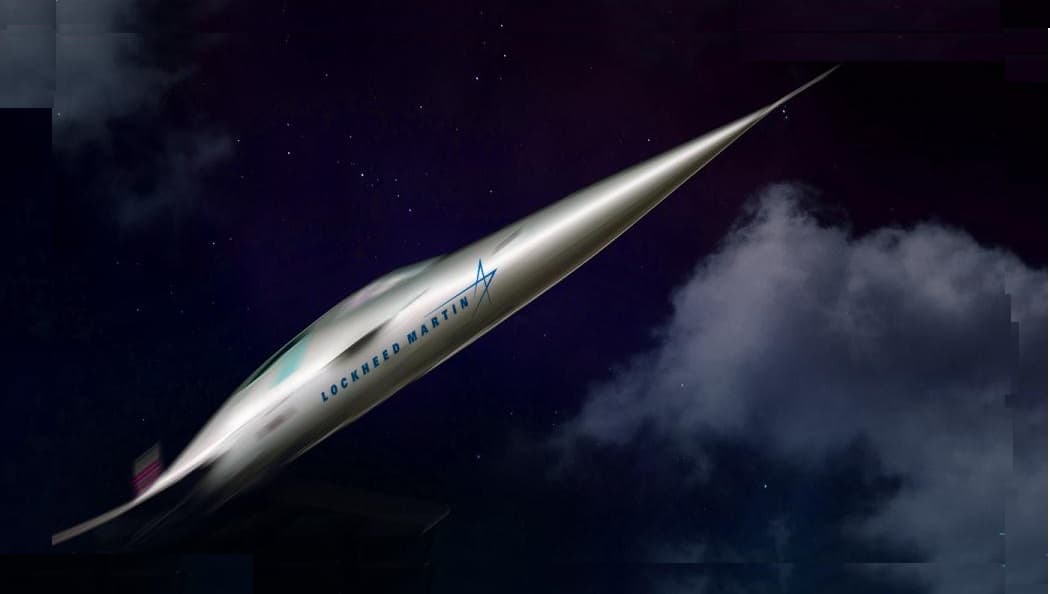 But now, with concepts such as the SR-72, the company hopes to pioneer aircraft capable of hypersonic speeds—Mach 5 and above. Most of the development in this direction has focused on unmanned vehicles—drones eventually, but mainly cruise-type missiles capable of evading detection and countermeasures through sheer unmatchable speed.

But while such developments are mainly of a military character, research by Lockheed Martin to develop manned hypersonic aircraft could yield benefits for the commercial and civilian sectors.

Lockheed Martin’s CEO Marilyn Hewson remarked, at the company’s “media day” on March 15, “Lockheed Martin has a legacy of making fast aircraft. We are now producing a controllable, low-drag, aerodynamic configuration capable of stable operations from takeoff to subsonic, transonic, supersonic and hypersonic, to Mach 6.”The company hopes to test a proof-of-concept hypersonic vehicle, about the size of an F-22 fighter, for less than $1 billion by 2018.

Getting From Here to There

The hypersonic vehicle, moreover, is expected to have a pretty sophisticated engine system; most designs, such as the HAWC concept, envisions using a rocket-type booster to reach a sufficient altitude, whereupon a “scramjet” engine will take over, sucking in oxygen to boost the aircraft to sustained hypersonic speeds.

But the test aircraft, like the SR-72, will do away with cumbersome, spacecraft-like stages. Instead, it uses what is called “turbine-based combined cycle propulsion”—a system in which a conventional, off-the-shelf turbine engine propels the vehicle from takeoff to about Mach 3, where a ramjet takes over to accelerate the craft to Mach 5 and above.

Weapons are likely to be the prime focus in the next decade, but if the SR-72 really does reach service by 2030 (its target date), we could see the application of that technology to civilian purpose shortly thereafter. So, we eagerly await developments.

Read This Next
Futurism
The Digest: Hackers Are Stealing Sensitive Documents From The U.S. Military And Selling Them
Futurism
Soldiers Are Training in Virtual Environments Generated From Real Cities
Futurism
America's New Superweapon? Electromagnetic Projectile Launchers That Fire at 4500 MPH
Futurism
Reaching Mach 6: Lockheed Martin Technology Makes Major Aircraft Breakthroughs
Futurism
Hypersonic Missiles May Be a Reality in the Next Decade
More on Sci-Fi Visions
Intern Return
Yesterday on the byte
Oops! Facebook Tells Interns It Already Hired That It Can't Afford Them Anymore
Cool MMArk
Wednesday on the byte
Mark Zuckerberg's Wife Looks Absolutely Horrified by His New Hobby
Star Yard
Wednesday on the byte
Huge Graveyard of Stars Surrounds Our Galaxy, Scientists Say
READ MORE STORIES ABOUT / Sci-Fi Visions
Keep up.
Subscribe to our daily newsletter to keep in touch with the subjects shaping our future.
+Social+Newsletter
TopicsAbout UsContact Us
Copyright ©, Camden Media Inc All Rights Reserved. See our User Agreement, Privacy Policy and Data Use Policy. The material on this site may not be reproduced, distributed, transmitted, cached or otherwise used, except with prior written permission of Futurism. Articles may contain affiliate links which enable us to share in the revenue of any purchases made.
Fonts by Typekit and Monotype.