It reaches 125 miles. It travels at 4500 mph. It can smash the sides of ships and level camps. Welcome to the next age of war. 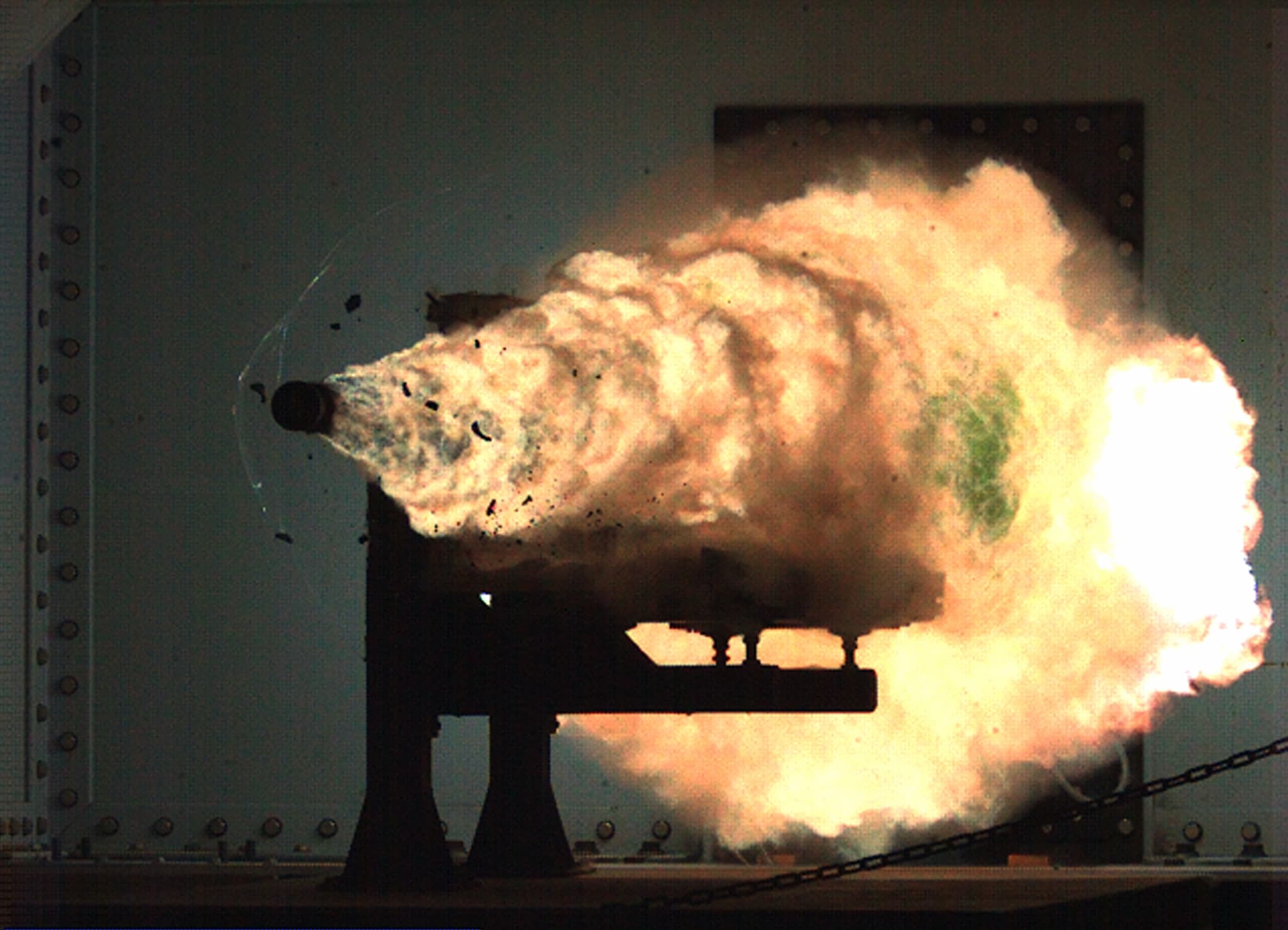 For several years now, America has been toying with the idea of railguns, weapons that fire not through gunpowder or chemical explosives, but through electromagnetic fields. Yes, these are electromagnetic projectile launchers. Now, they are not only close to reality, but right on the cusp of deployment.

Essentially, the railguns being developed right now operate on the following concept: There are electrical current charges on either side of the barrel of the gun, creating magnetic fields that push projectiles at amazing speeds.

What's more, in contrast to conventional bullets that lose acceleration mere moments after the powder ignites, railgun bullets actually speed up. The railgun projectile gains more speed as it travels the length of the 32-foot (~10 m) barrel, exiting the muzzle at a staggering 4,500 miles an hour (more than 7,000 kph), or more than a mile a second.

Check out the tech in the video below:

Amazing speeds make for amazing impacts...and the utter destruction of amazing targets. The military is already envisioning the use of railguns against basically everything—tanks, aircraft, ships, terrorist camps, even other missiles.

But in truth, railguns are not an entirely new field for the military. Former President Ronald Reagan’s Strategic Defense Initiative—the Star Wars missile defense—wanted to use the railgun to shoot down nuclear missiles. Those plans were stalled by 1980s technology. Now they are actually possible.

One of the first platforms the railgun will be gracing is, not surprisingly, ships. Particularly, battleships and destroyers. Due to the large power requirements of the gun— a 25 megawatt power plant and large capacitor bank— only ships can carry it, with the most likely candidate being the DDG 1000 Zumwalt-class destroyers and its 78-megawatt integrated power system

The Navy retired much of its gun battleships after WWII, due to limited range and accuracy of gunpowder weapons. Missiles and jet fighters became the name of the game during the Cold War, extending range of ship operations. Now, battleships may get a resurgence.

When fitted with railgun tech, the range of 6-inch Navy guns was extended to 38 miles (61 km). The Army's 155mm howitzers also got extended range when fitted with the tech.

Read This Next
Look at That Thing
Navy Pilot Describes Bizzare "Tic Tac" UFO Encounter He Filmed
Futurism
The Digest: Hackers Are Stealing Sensitive Documents From The U.S. Military And Selling Them
Futurism
Soldiers Are Training in Virtual Environments Generated From Real Cities
Futurism
Future Warfare: Meet The Electromagnetic Railgun
Futurism
Hypersonic Travel May Become a Reality Sooner Than You Think
More on Sci-Fi Visions
From the Dept. of...
12:00 AM on futurism
The Best Humidifiers of 2023
Human v. Giraffe
Jan 24 on the byte
Chaotic Italian Fashion Line Baffles Facial Recognition Software
Step One
Jan 24 on the byte
World’s Third Richest Person Says He’s Developed "Addiction" to ChatGPT
READ MORE STORIES ABOUT / Sci-Fi Visions
Keep up.
Subscribe to our daily newsletter to keep in touch with the subjects shaping our future.
+Social+Newsletter
TopicsAbout UsContact Us
Copyright ©, Camden Media Inc All Rights Reserved. See our User Agreement, Privacy Policy and Data Use Policy. The material on this site may not be reproduced, distributed, transmitted, cached or otherwise used, except with prior written permission of Futurism. Articles may contain affiliate links which enable us to share in the revenue of any purchases made.
Fonts by Typekit and Monotype.