Soldiers Are Training in Virtual Environments Generated From Real Cities

Soldiers are now training in virtual reconstructions of North Korea. 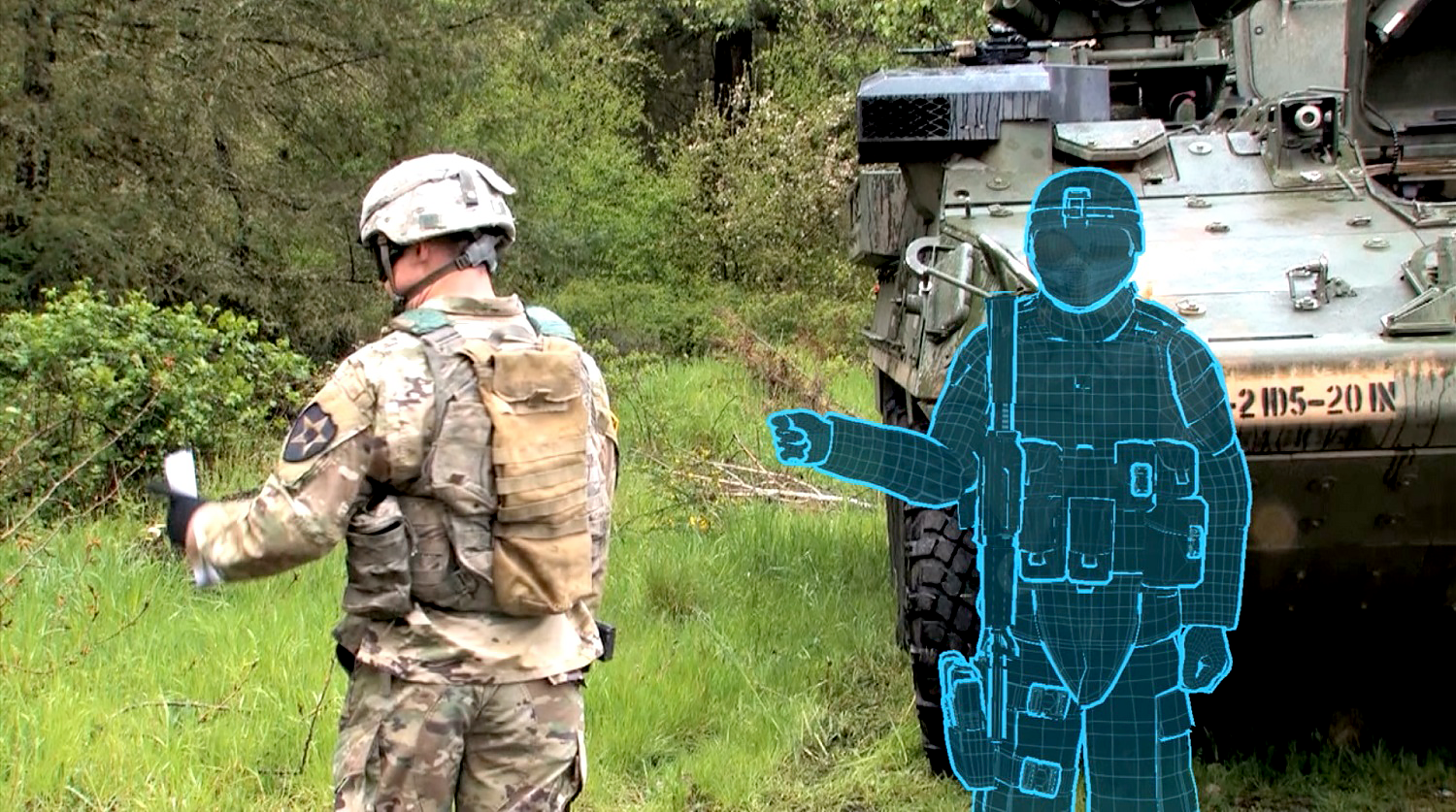 The U.S. Army can now train soldiers to fight in specific, challenging settings with the touch of a button.

That's thanks to virtual reality. Satellite imagery, street view data, and other readily-available information about the globe rapidly generate these Synthetic Training Environments, according to a military white paper. Artificial intelligence renders the digital worlds based on the available data, analyzes soldier performance to make the trainings more effective, and introduces variability into the simulations to keep soldiers on their toes.

The Army isn't new to virtual reality — it's been using the technology since 2012 — but the new Synthetic Training Environment means the people in charge of training soldiers can create lifelike representations of real places much more rapidly than ever before. Should soldiers need to be deployed, they will already know how to move through the environment as if they had already been there, know what they need to know to win that battle.

The goal is to make combat simulations as close to the real thing as possible. “Units train as they will fight, on the terrain [they] will fight on,” according to the white paper. More realistic environments also help troops better plan for the logistics of warfare, such as travel time and dealing with environmental conditions.

The Army has already built a virtual version of North Korea, South Korea, San Francisco, New York, and Las Vegas, according to military engineers who spoke to New Scientist. Thanks to this new system, the Army can simply select a region from a map and the virtual environments will automatically generate within a few days.

We don't actually know why the Army has developed virtual versions of these cities. While it's admittedly creepy that soldiers could be preparing for a battle in the streets of New York, it's just as likely that data for American cities is easier to come across and the engineers wanted to make a more realistic setting.

In the past, virtual reality training would take place in environments best described as “Afghanistan-like mountains” or other generic places. With the Synthetic Training Environment, soldiers can encounter all sorts of terrain as it exists in the real world, and also face a broader and more dynamic range of training scenarios.

By training in insanely life-like simulations, soldiers could be more ready than ever for combat, no matter whether it's in the streets of North Korea or the Vegas strip.

Read This Next
Health Sale
Remember IBM's Amazing Watson AI? Now It's Desperately Trying to Sell It Off
From Our Partners
Can't Wait For November 26th? Save On These Pre-Black Friday Doorbusters Deals Now!
From Our Partners
Augmented Reality Eyewear Is The Future, And It Is Not Too Far Off
From Our Partners
How to Stay Focused At Work And Meetings Using AI
From Our Partners
Improve Your Writing With Artificial Intelligence Tool Rytr And Earn $20 In Store Credit
More on Sci-Fi Visions
Ancient Depths
May 21 on the byte
Scientists Discover Ancient Forest at Bottom of Gigantic Sinkhole
Overloaded
May 14 on futurism
Whiny Space Tourists Say They Were Too Busy on the Space Station
Hot Chick
May 13 on futurism
Madonna Releases Extremely Explicit NFT Collection
READ MORE STORIES ABOUT / Sci-Fi Visions
Keep up.
Subscribe to our daily newsletter to keep in touch with the subjects shaping our future.
+Social+Newsletter
TopicsAbout UsContact Us
Copyright ©, Camden Media Inc All Rights Reserved. See our User Agreement, Privacy Policy and Data Use Policy. The material on this site may not be reproduced, distributed, transmitted, cached or otherwise used, except with prior written permission of Futurism. Fonts by Typekit and Monotype.