Pig Brains Can Be Kept Alive Outside the Body. Human Brains Might Be Next.

The brains are "alive" for 36 hours after decapitation. 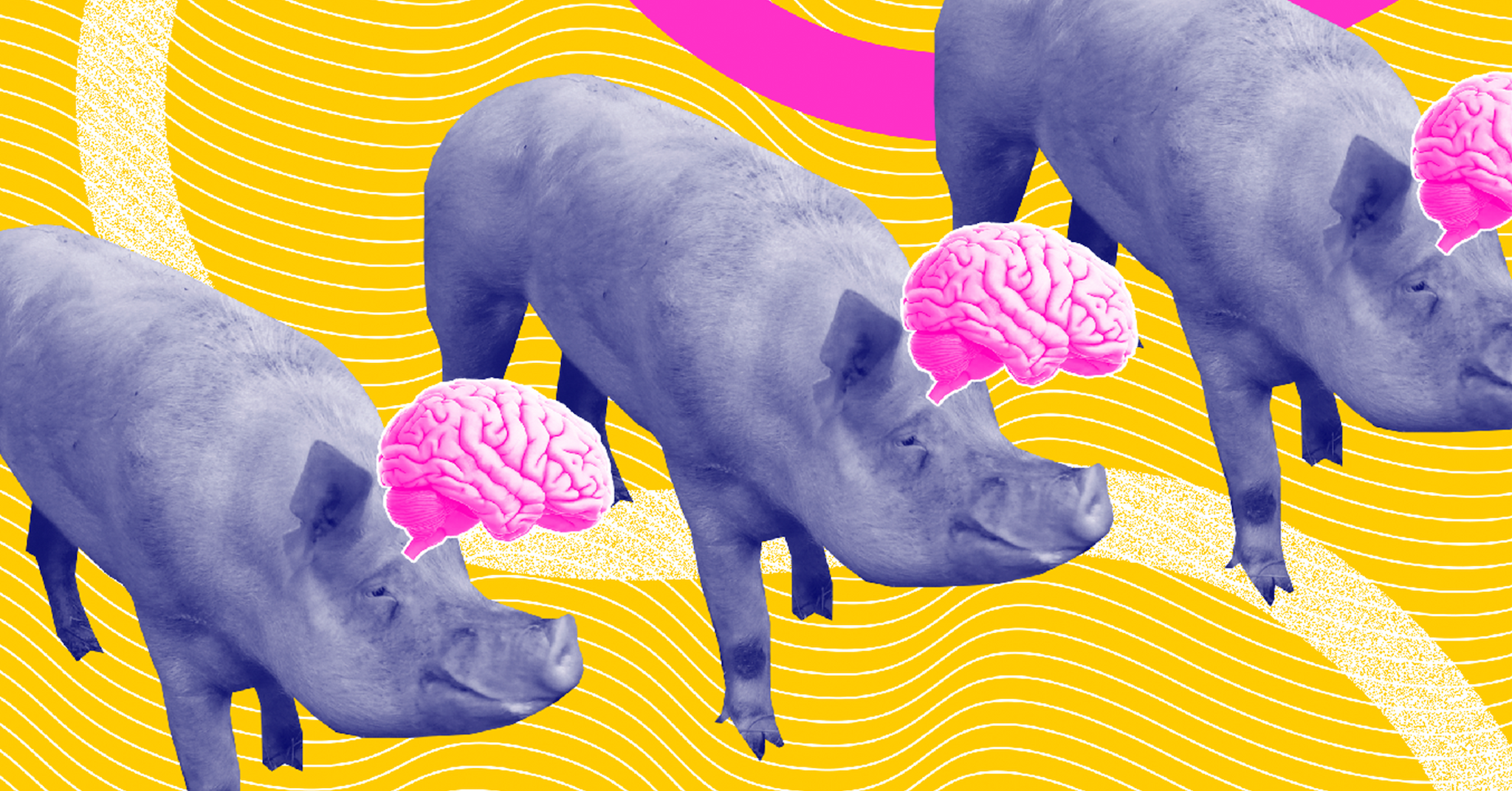 At a National Institutes of Health (NIH) meeting last month, Yale neuroscientist Nenad Sestan shared a bit of info he had hoped would stay in the room:

He had found a way to keep pig brains "alive" outside the body for up to 36 hours.

Today, MIT Technology Review reported on Sestan's comments from the March 28 meeting, which Sestan told the publication he had "not intended...to become public."

According to the report, Sestan and his team obtained between 100 and 200 pig brains from a slaughterhouse. Then, they restored circulation to the brains within about four hours of decapitation using "a system of pumps, heaters, and bags of artificial blood warmed to body temperature."

What they found next was "mind-boggling,” according to Sestan: billions of active, healthy brain cells.

The pig brains showed no electrical activity, just a flat brain wave similar to that of a person in a coma. That led the researchers to conclude that the brains didn't have any sort of consciousness.

“That animal brain is not aware of anything, I am very confident of that,” Sestan told the group at the NIH meeting.

They may not have been conscious, but that doesn't mean they weren't alive.

“These brains may be damaged, but if the cells are alive, it’s a living organ" Steve Hyman, one of the neuroscience experts briefed on Sestan's work, told Tech Review. "It’s at the extreme of technical know-how, but not that different from preserving a kidney.”

When the Yale team began their pig brain project, they hoped to be able to eventually create a map of the connections in human brains. The better researchers understand that, the better equipped they'll be to understand everything from autism to aging, and perhaps create advanced brain-computer interfaces.

Additionally, Sestan noted that the reanimated pig brains could "become guinea pigs" for testing experimental treatments for cancer or Alzheimer's.

During the NIH meeting, Sestan said that he expects the project could translate to other species, including primates. That means we probably have the technology right now to bring a human brain back to (some form of) life.

And that raises some serious ethical issues.

Just today, Sestan and 16 other scientists published an editorial in Nature asserting the need for ethical guidelines for research on brain tissue.

They outline the various forms this tissue could take, such as samples removed via surgery or tissue grown in a lab from stem cells, noting that "the closer the proxy gets to a functioning human brain, the more ethically problematic it becomes."

And, frankly, we need these guidelines, like, right now. Because people are getting pretty darn close to trying this. Last month, a startup called Nectome made waves for promising to upload customers' brains, if they're willing to die first (earlier this month, MIT severed ties with the organization).

It doesn't get much closer to a human brain than an actual human brain. We need to sort out the ethics of experimenting on them sooner rather than later.