The development has greatly simplified brain mapping from months to just days. 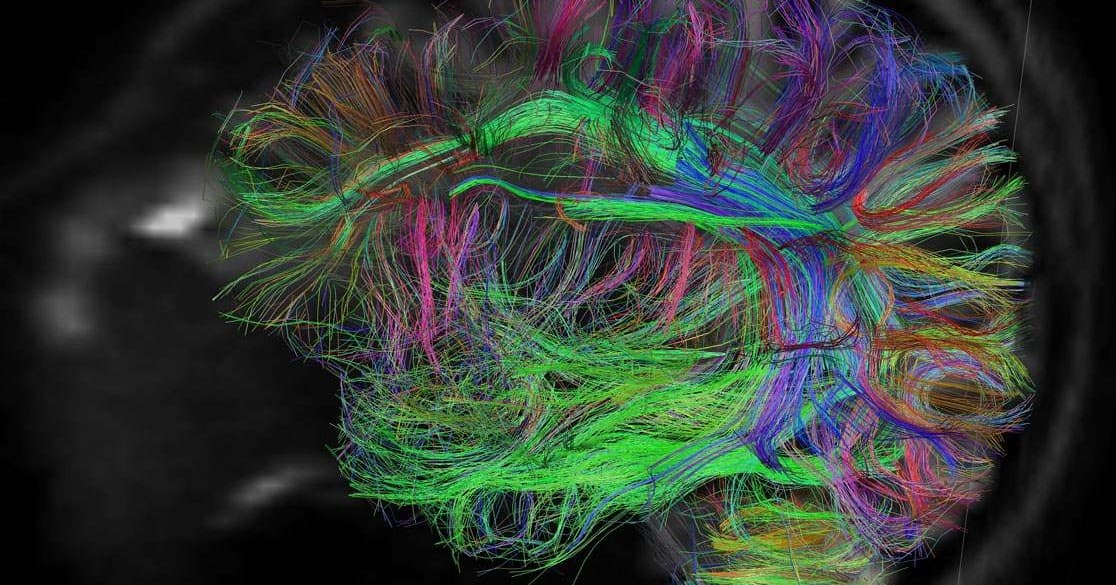 A breakthrough method in brain mapping may help us further understand the way our brain works, and may lead to treatment for neurological issues, as well.

The neurons—the billions of cells in the brain—link to each other using electrochemical impulses, in projections called axons. Mapping the complex network of the neuron's projections let scientists gain insight on the function of specific parts of the brain, as well as researching treatments to illnesses concerning the brain.

Previously, brain mapping was usually done by infecting the neurons with viruses that glow with different colors, but this is an arduous method. Visually tracing a specific color trace takes months, and the available fluorescent proteins are limited, meaning scientists can only investigate the projections of about ten cells in a single experiment.

A new tool called Multiplexed Analysis of Projections by Sequencing (MAPseq), discussed in a study, published in the journal Neuron, from researchers in Cold Spring Harbor Laboratory, uses genetic "barcodes" instead of colors to investigate the path of the neurons. Each barcode is an RNA sequence: a unique string of protein, similar to the kind that dictates the identity of each of our own cells. Viruses transport the RNA through the neurons. In addition, the viruses still light up, allowing the researchers to see which cells have picked up a barcode.

A Projection Toward Progress

The method was tested with mice. Just two days after the RNA-carrying viruses were injected into the brainstem, the mouse brains distinctly showed networks of the neurons upon dissection and inspection under microscope.

Initial findings are already promising. The networks between the brain's area active in stress response with the brain's outer layer show underlying clues about autism. According to Spectrum, "Future versions of the tool may allow scientists to determine whether particular neuronal junctions boost or dampen brain activity." This could lead to better ways of understanding the disorder, making it easier to tailor treatments to battle it.

The brain is indeed complex territory, and studies like this bring us closer to understanding ourselves better, and more importantly, brings developments for treatment closer to reality.

Read This Next
Futurism
We Have Created the Most Extensive Map of an Organism's Brain Wiring to Date
Futurism
Researchers Use Genetics and Electromagnetism to Control the Movements of Mice
Futurism
In-Womb Project Reveals Striking Images of Developing Human Brains
Futurism
We Figured out How To "Fingerprint" the Brain, and It Could Prevent Disease
Futurism
Some Alzheimer's Patients Seem to be "Resistant" to Memory Loss
More on Hard Science
Tractor Beam
Jan 26 on the byte
Scientists Build Working Tractor Beam, Although It's Comically Tiny
Having a Blast
Jan 18 on the byte
New Study Shows Where You Should Hide to Survive a Nuclear Attack
Offworld Amino
Jan 15 on the byte
Scientists Find Building Blocks of Life in Meteor That Smashed Into Family's Driveway
READ MORE STORIES ABOUT / Hard Science
Keep up.
Subscribe to our daily newsletter to keep in touch with the subjects shaping our future.
+Social+Newsletter
TopicsAbout UsContact Us
Copyright ©, Camden Media Inc All Rights Reserved. See our User Agreement, Privacy Policy and Data Use Policy. The material on this site may not be reproduced, distributed, transmitted, cached or otherwise used, except with prior written permission of Futurism. Articles may contain affiliate links which enable us to share in the revenue of any purchases made.
Fonts by Typekit and Monotype.