Researchers Use Genetics and Electromagnetism to Control the Movements of Mice 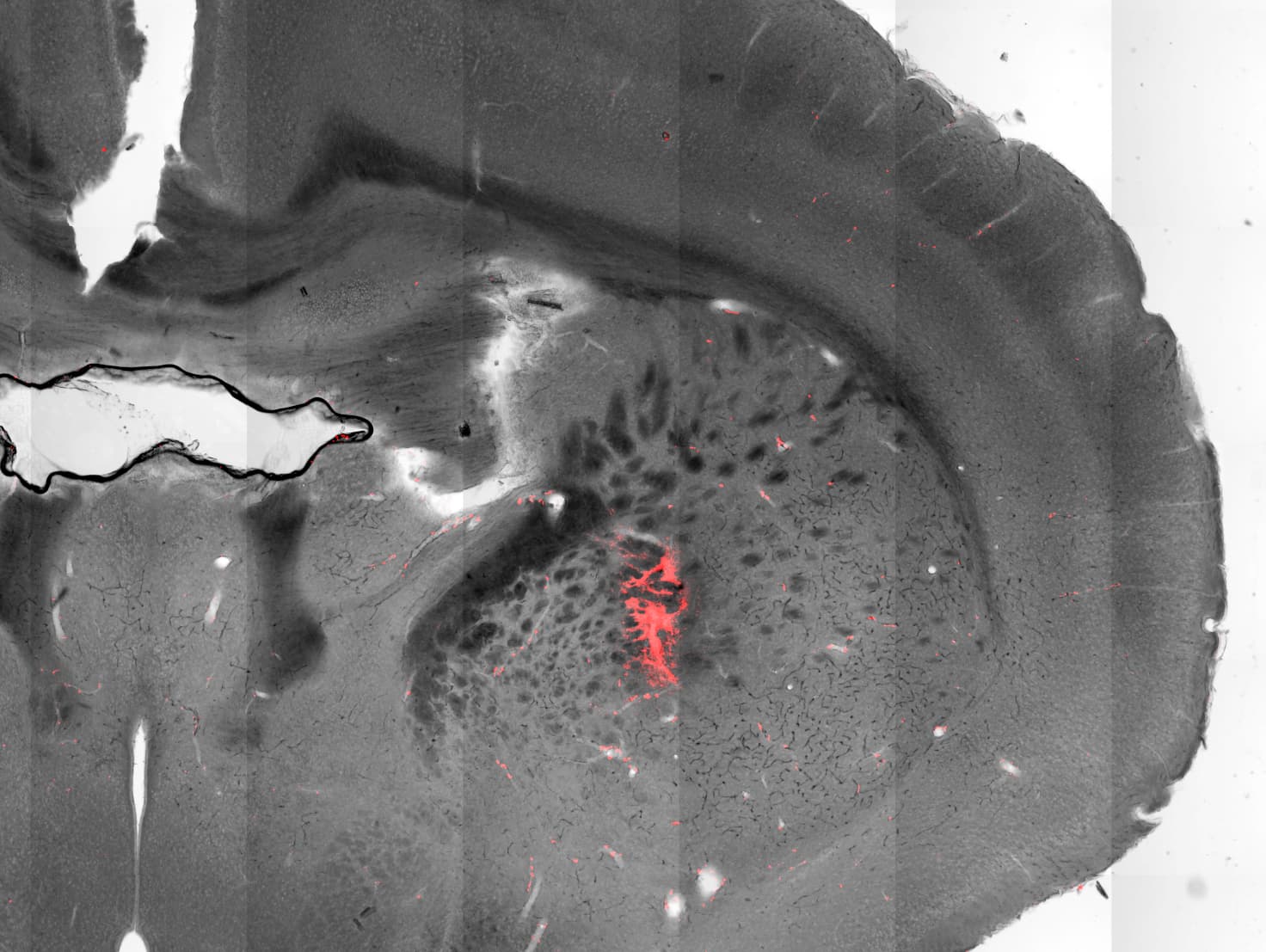 A team of researchers at the University of Buffalo has used magneto-thermal stimulation to control the movements of mice.

These results were achieved working with mice that had been genetically engineered such that targeted neurons would produce ion channels sensitive and even receptive to temperature. Nanoparticles consisting of a cobalt-ferrite core coated in manganese ferrite were injected into the brain, attaching themselves to neurons.

Applying an alternating magnetosphere causes the magnetization of these nanoparticles to switch back and forth, raising their temperature. As a result, the ion channels open up, causing the associated neurons to fire.

Read This Next
Brands We Love
Feel Like Your Memory Is Slipping? This Brain-Boosting Online Bundle Will Get You Back in Shape
Neural Pokédex
Scientists Identify "Pokémon Region" in Gamers' Brains — Seriously
Futurism
Brain Scans Of Stressed Pilots Uncover A Big Problem With How We Do Science
Futurism
Gamers Built a “Digital Museum” That Unlocked New Secrets of the Brain
Futurism
Pig Brains Can Be Kept Alive Outside the Body. Human Brains Might Be Next.
More on Hard Science
Tractor Beam
Thursday on the byte
Scientists Build Working Tractor Beam, Although It's Comically Tiny
Having a Blast
Jan 18 on the byte
New Study Shows Where You Should Hide to Survive a Nuclear Attack
Offworld Amino
Jan 15 on the byte
Scientists Find Building Blocks of Life in Meteor That Smashed Into Family's Driveway
READ MORE STORIES ABOUT / Hard Science
Keep up.
Subscribe to our daily newsletter to keep in touch with the subjects shaping our future.
+Social+Newsletter
TopicsAbout UsContact Us
Copyright ©, Camden Media Inc All Rights Reserved. See our User Agreement, Privacy Policy and Data Use Policy. The material on this site may not be reproduced, distributed, transmitted, cached or otherwise used, except with prior written permission of Futurism. Articles may contain affiliate links which enable us to share in the revenue of any purchases made.
Fonts by Typekit and Monotype.