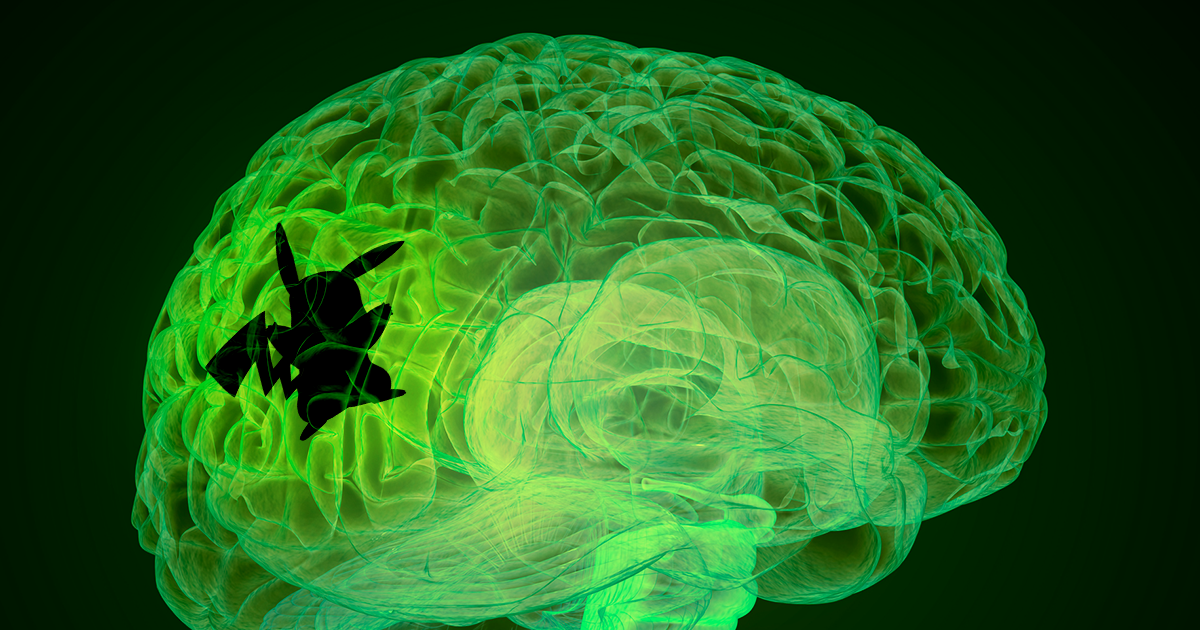 Seasoned Pokémon masters likely know the original 151 like the back of their hand. And now, new research reveals how that's possible: brain scans show the region of the brain responsible for storing information about Pokémon.

Not only did the neurological Pokédex stay consistent among adults who played the Pokémon games as kids, but it was only responsible for recognizing Pokémon, according to research published Monday in the journal Nature Human Behavior.

The Stanford University neuroscientists recruited 11 self-proclaimed Pokémon masters and 11 Pokémon-naïve participants and monitored part of the brain called the occipitotemporal sulcus. The brain region activated more strongly in gamer brains when presented with Pokémon pictures in gamer brains — but indiscriminately activated for images of animals and Pokémon alike for newcomers to the franchise.

It turns out that the brains of experienced Pokémon trainers clumped Pokémon together due to their distinct style rather than breaking them down into their component shapes or colors along with images from other categories, according to The Verge.

This doesn't mean that, as our genetic ancestors eventually evolved into humans, some weird quirk of natural selection encoded a "Pokémon region" into our brain. Rather, kids who played Pokémon games bombarded their brains with a lot of information that it then had to process and organize.

Maybe it makes sense, given that people playing the original Gameboy games would have seen the same images, that all of their brains would have used the same strategy as they tried to catch 'em all.

READ MORE: Brain scans reveal a ‘pokémon region’ in adults who played as kids [The Verge]

More on Pokémon: Putting Pokémon On The Blockchain Takes Microtransactions To Their Inevitable, Insufferable End

Read This Next
Buzz Buzz
Scientists Hijack Fruit Fly Brains to Remote Control Their Wings
Heady Stuff
Experiment Suggests That Consciousness May Be Rooted in Quantum Physics
Brain Freeze
Colleges Are Mailing Brains to Students to Dissect at Home
Brands We Love
Hone Your Mind with this Speed Reading & Memory Mastery Bundle
Brands We Love
Feel Like Your Memory Is Slipping? This Brain-Boosting Online Bundle Will Get You Back in Shape
More on Hard Science
Tractor Beam
Yesterday on the byte
Scientists Build Working Tractor Beam, Although It's Comically Tiny
Having a Blast
Jan 18 on the byte
New Study Shows Where You Should Hide to Survive a Nuclear Attack
Offworld Amino
Jan 15 on the byte
Scientists Find Building Blocks of Life in Meteor That Smashed Into Family's Driveway
READ MORE STORIES ABOUT / Hard Science
Keep up.
Subscribe to our daily newsletter to keep in touch with the subjects shaping our future.
+Social+Newsletter
TopicsAbout UsContact Us
Copyright ©, Camden Media Inc All Rights Reserved. See our User Agreement, Privacy Policy and Data Use Policy. The material on this site may not be reproduced, distributed, transmitted, cached or otherwise used, except with prior written permission of Futurism. Articles may contain affiliate links which enable us to share in the revenue of any purchases made.
Fonts by Typekit and Monotype.