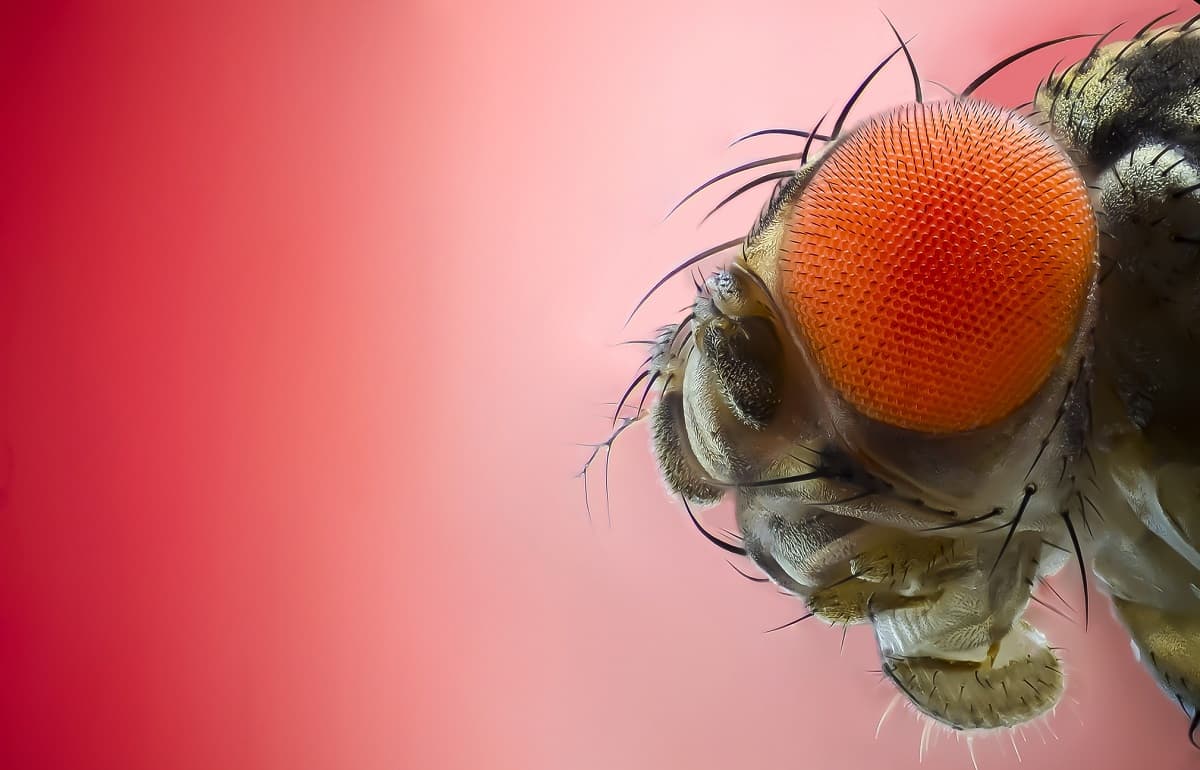 Are we one step closer to remote controlling human brains?

According to a peer-reviewed study published in the journal Nature Materials, we just might. A team of researchers at Rice University have officially been able to hack into the brains of fruit flies and successfully command them to make a specific movement — with just a click of a wireless remote control.

The team — an assemblage of experts in genetic engineering, nanotechnology, and electrical engineering — first created genetically modified flies bred to express a specific heat-sensitive ion channel which, when activated, caused the insects to spread their wings.

They then injected the gene-hacked buggos' brains with a heat trigger: magnetic iron oxide nanoparticles, which quickly heat up in the presence of a magnetic charge.

Then, by switching on a magnetic field, the scientists were able to warm those iron oxide nanoparticles — and in turn, those heat-sensitive, wing-specific ions.

In other words, the study showed that within half a second of a human clicking a button, the bugs would spread their wings. It's a crude hack, but an intriguing proof of concept for altered animals controlled by technology.

The researchers are hopeful that this newfound success with genetically targeted cells will be a gamechanger for studying human brain function. It could lead to new treatments for a number of neurological diseases, they say, and even new brain-machine communication devices.

"To study the brain or to treat neurological disorders the scientific community is searching for tools that are both incredibly precise, but also minimally invasive," said coauthor Jacob Robinson in a press release. "Remote control of select neural circuits with magnetic fields is somewhat of a holy grail for neurotechnologies. Our work takes an important step toward that goal because it increases the speed of remote magnetic control, making it closer to the natural speed of the brain."

Notably, Robinson is the principal investigator for the US military's DARPA-funded project MOANA. Shorthand for "magnetic, optical and acoustic neural access," MOANA is currently working to create wireless headsets that, through nonsurgical means, facilitate brain-to-brain communication.

If all goes to plan, the MOANA headsets will be able to decode the neurons in one individual's mind, then download that information into the mind of another. So, essentially, Bluetooth telepathy. Spooky!

But even with millions from the Department of Defense behind them, Robinson says that goal is still far off.

"To get to the natural precision of the brain we probably need to get a response down to a few hundredths of a second," he continued. "So there is still a ways to go."

Read This Next
Heady Stuff
Experiment Suggests That Consciousness May Be Rooted in Quantum Physics
Brain Freeze
Colleges Are Mailing Brains to Students to Dissect at Home
Brands We Love
Hone Your Mind with this Speed Reading & Memory Mastery Bundle
It's Alive-ish!
Scientists Grew Tiny Human Brains and Hooked Them up to Robots
Oversold Science
This Attempt to Simulate the Human Brain Fell Amazingly Flat
More on Hard Science
Reel Big Dish
Yesterday on the byte
Brilliant Scientists Decide to Name the World's Largest Telescope "SKA"
Horrible Geese
Dec 4 on futurism
Furious Geese Are Defeating Humans, Scientists Find
Quacks Like a Duck
Dec 1 on futurism
Those Headlines About Scientists Building a Wormhole Are Total Nonsense, People
READ MORE STORIES ABOUT / Hard Science
Keep up.
Subscribe to our daily newsletter to keep in touch with the subjects shaping our future.
+Social+Newsletter
TopicsAbout UsContact Us
Copyright ©, Camden Media Inc All Rights Reserved. See our User Agreement, Privacy Policy and Data Use Policy. The material on this site may not be reproduced, distributed, transmitted, cached or otherwise used, except with prior written permission of Futurism. Articles may contain affiliate links which enable us to share in the revenue of any purchases made.
Fonts by Typekit and Monotype.