It's the first whole-brain map of electrical connectivity in the brain. 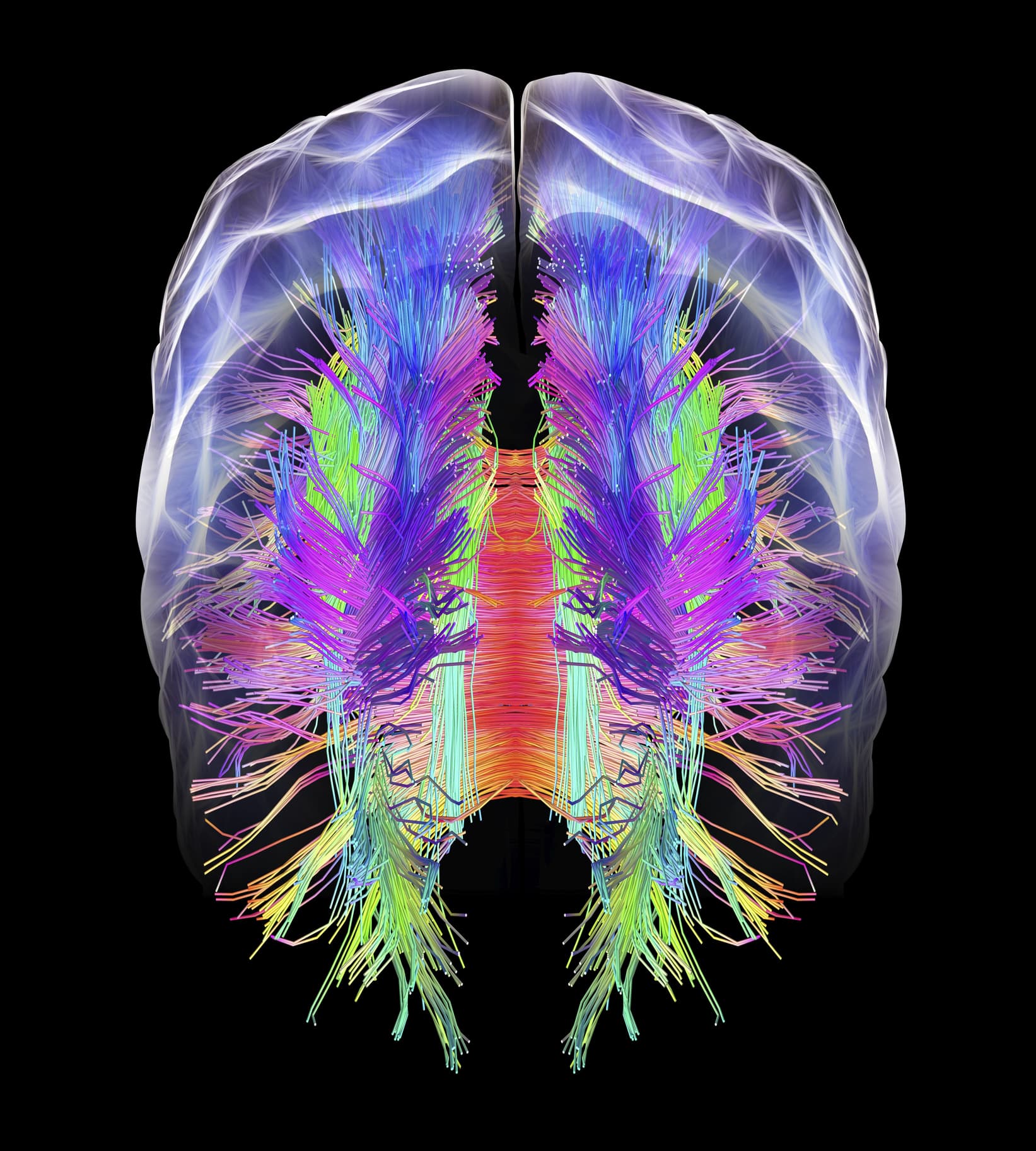 Which Way to the Amygdala?

What's a computation device that we all carry with us, that holds all of the most important information about our lives, and that does so without us knowing exactly how? No, not our smartphones — our brains. Now, neuroscientists at the University of Pennsylvania (Penn) have moved one step closer to cracking how the dense masses of fat in our skulls create memory, and they did so by constructing the first whole-brain map of electrical connections in the brain.

To generate their whole-brain map, the Penn researchers gathered data from nearly 300 neurosurgical patients who had electrodes implanted directly on their brains as part of their seizure monitoring. Each patient was shown a series of words on a screen and then asked to repeat back as many of the words as they could recall.

The researchers found that when a person was effectively creating a new memory — in this case, remembering a word they saw on the screen — their brain showed heightened low-frequency activity. This type of activity primarily drives communication between the frontal, temporal, and medial lobes, parts of the brain that are key to processing events into memories. At the same time, the patient's brain also showed weaker high-frequency activity.

"This suggests that, for someone to form new memories, two functions must happen simultaneously," Ethan Solomon, an M.D./Ph.D. student in Penn's Department of Bioengineering and the paper's lead author, said in a press release. "Brain regions must individually process a stimulus, and then those regions must communicate with each other at low frequencies."

The researchers published the details of their whole-brain map study in Nature Communications.

This research was part of the Restoring Active Memory (RAM) project, an effort led by Penn neuroscientists that aims to help restore memory through brain stimulation. Their previous research showed that electrical stimulation delivered when memories were predicted to likely fail could improve memory function in the human brain.

According to Michael Kahana, Penn professor of psychology and principal investigator of the RAM program for the Defense Advanced Research Projects Agency (DARPA), the project's results might allow neuroscientists to fine-tune electrical stimulation to improve memory.

"We're now prepared to ask whether we can use measures of functional connectivity to guide our choice of which brain region to target with electrical stimulation," Kahana said in the press release.

The RAM team has publicly released their dataset of brain activity recordings and stimulation experiments. By making that information available for analysis by other scientists, they improve the chances of a breakthrough, which could be life-changing for many as targeted memory stimulation is a promising clinical treatment for some of today's most pressing neurological problems, such as dementia and Alzheimer's.

With big names getting involved in research into these disorders, neuroscientists appear close to cracking some of the mysteries of the powerful computer we all own.