Men And Women Equally Good At Science, But Men Think They're Better 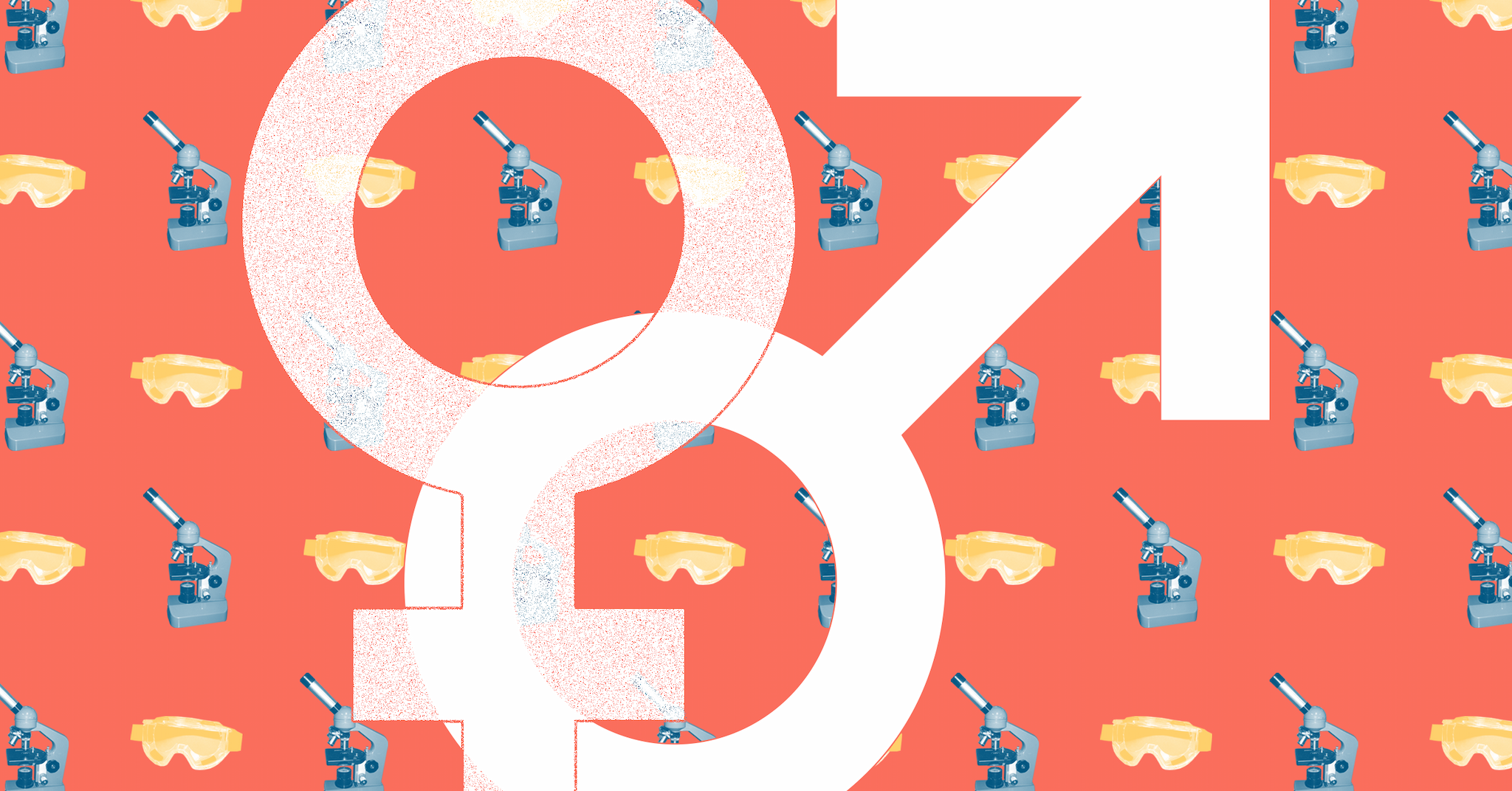 Despite what you may hear from daytime talk shows or read in self-help books, science has roundly debunked the idea that there's any such thing as the "female brain" or the "male brain." Yet when people look to explain the science gender gap — the fact that women hold only 24 percent of science and math jobs in the U.S. — they often return to this stubborn argument that women are innately, biologically less-suited to these subjects. What gives?

A recent study suggests that one factor (of many) may be that women are simply conditioned to believe they're worse at these subjects. Based on surveys of a group of 202 students in an upper-level physiology seminar, Arizona State University researchers found that women had a significantly lower opinion of their academic ability relative to the rest of the class.

The study's model predicted that the average male student, with a GPA of 3.3, would think himself smarter than 66 percent of his fellow students — while a female student with the same 3.3 GPA would only perceive herself as smarter than 54 percent.

This self-image doesn't exist in a vacuum — it affected how the students behaved in class. The researchers found that students who consider themselves smarter are 3.22 times more likely to report participating in class more than a partner in a group activity. Meanwhile, students who don't think themselves as smart were 2.36 times more likely to report that they participated less than their group-mate.

In the long term, that confidence gap and lack of participation makes women more hesitant to ask questions, receive lower grades, and even drop classes out of discomfort. That might help explain why there are significantly fewer women in science, tech, engineering and math (STEM) fields than men. Indeed, other studies have found that university women drop STEM degrees out of a lack of confidence — not lack of skill — in their math abilities, and that women "self-select" out of STEM fields out of fear of failure.

Unfortunately, this discouragement leads to a vicious cycle. Women spend their formative years hearing that they're less suited for math and science careers, which leads to low self-confidence in STEM subjects, which leads to fewer women in the field, which perpetuates the myth that women aren't suited for STEM.

The science gender gap isn't just a female problem; research suggests that it hurts everyone, and is holding U.S. businesses back. As such, it's high time we stopped perpetrating the myth that science and math is a boys club by definition; that door has always been open to women, but social pressures need to change to encourage them to walk through it.

Read This Next
Brands We Love
Trick Your Kids Into Learning Science With This Awesome Chemistry Set Subscription Service
Brands We Love
The Edible Chemistry Kit Has Awesome Science Experiments You Can Eat
Brands We Love
This Brilliant Children's Book Introduces Kids to Basic STEM Concepts
More on Hard Science
Tractor Beam
Jan 26 on the byte
Scientists Build Working Tractor Beam, Although It's Comically Tiny
Having a Blast
Jan 18 on the byte
New Study Shows Where You Should Hide to Survive a Nuclear Attack
Offworld Amino
Jan 15 on the byte
Scientists Find Building Blocks of Life in Meteor That Smashed Into Family's Driveway
READ MORE STORIES ABOUT / Hard Science
Keep up.
Subscribe to our daily newsletter to keep in touch with the subjects shaping our future.
+Social+Newsletter
TopicsAbout UsContact Us
Copyright ©, Camden Media Inc All Rights Reserved. See our User Agreement, Privacy Policy and Data Use Policy. The material on this site may not be reproduced, distributed, transmitted, cached or otherwise used, except with prior written permission of Futurism. Articles may contain affiliate links which enable us to share in the revenue of any purchases made.
Fonts by Typekit and Monotype.