Europe Is Illegally Shipping Its Used Electronics to Nigeria

This is going to make people very sick. 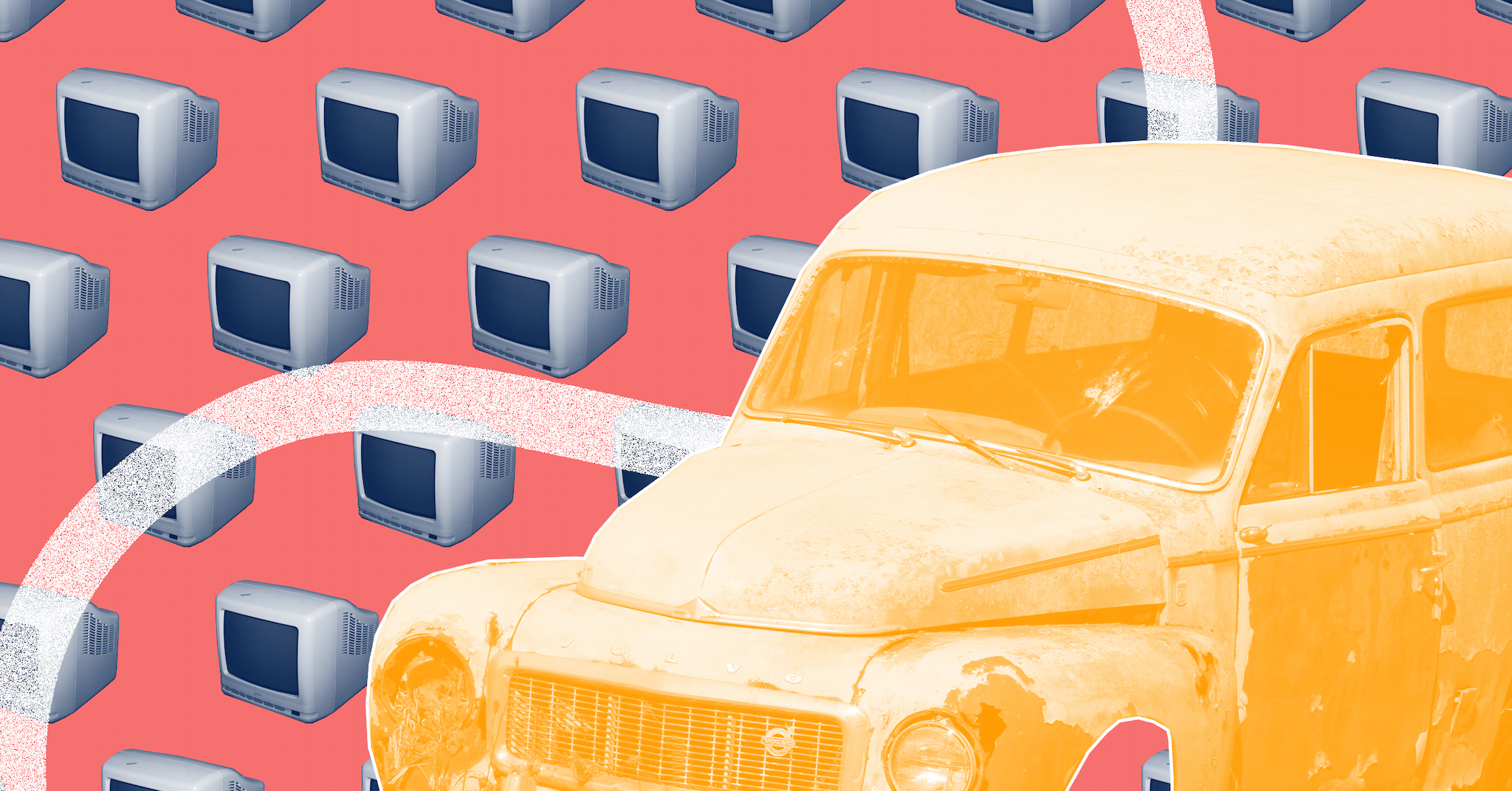 We are always looking for that next upgrade for our devices, whether it's because we love shiny new things, or because planned obsolescence means our current devices stop working more quickly than before.

The result: a gigantic pile of junk. And it's a massive, global problem.

Used smartphones, computers, and tablets — e-waste, for short — are nearly impossible to recycle, and increasingly difficult to disassemble into their components.

In Europe (that's all of Europe, plus Russia), where consumers throw away about 12.3 million tons of electronics per year, nations first threw these devices into landfills, until they realized the heavy metals were polluting the air, soil, and water, sickening people living nearby. Then they tried recycling them — indeed, sometimes the components are extremely valuable — in some instances, far cheaper than mining. But taking them apart still proved too difficult, and labor intensive.

Now, they're making the unwanted, discarded devices someone else's problem: EU countries are shipping tens of thousands of tons of used electrical and electronic equipment every year to Nigeria's busy ports, according to a new study from United Nations University, funded by the U.S. Environmental Protection Agency, and the German Federal Ministry for Economic Cooperation and Development.

In fact, the study found 60,000 tons of e-waste in total were making it to Nigeria every year. 77 percent of that is from EU countries; the rest is mostly from the U.S. and China.

European exporters are doing this in a sneaky way. They are sending containers full of used cars (an actual desirable import for Nigeria) in which every spare space is taken up by discarded electronics, according to the study (there are other routes of import, but this is how about 70 percent of the e-waste ends up in Nigeria, the study found).

So, effectively, the exporters are smuggling the gadgets out. That's a problem for several reasons:

The issue is a convergence of two trends. More people around the world are consuming more electronics, more quickly (Americans now spend about $1 trillion a year on consumer electronics, and similarly, Europeans are some of the biggest spenders after the U.S.). And we are not finding enough ways to recycle and recover the materials used. In fact, consumer products are less repairable and have shorter functional lives than in the past.

These trends are powerful, and it's not surprising then that European countries are resorting to desperate measures to tackle this growing pile of e-waste. International conventions are no longer able to stop the exploitative spillover from wealthy, developed nations to poorer, less developed ones, and nations aren't always addressing the issue — in 2017, only 66 percent of the global population lived in countries with active e-waste policies.

But that doesn't mean that policies won't work.

Developed nations can do more. American lawmakers have introduced legislation to grant citizens the "right to repair," requiring  companies to provide instructions and methods for customers to actually repair their devices instead of just buying new ones. Another technique might be to raise manufacturing costs to reflect more of a company's environmental footprint.

International and domestic policies, if properly enforced, could protect citizens worldwide from situations like the one growing in Nigeria. Let's just hope they kick in fast enough.

Read This Next
Reduce, Reuse, Landfill
A Shocking Amount of US "Recycling" Goes Straight to the Landfill
Futurism
Climate Change Update: France Just Hit Highest Recorded Temp
Coal Tombstone
Spain Shuts Down 26 Unprofitable Coal Mines
Futurism
China Isn't Taking Our Recycling. Here's What We Could Do With It Instead.
Futurism
Old Electronics Could Be More Profitable Than Literal Gold Mines
More on Earth & Energy
Going Hydrogen
Dec 2 on the byte
Airbus to Strap Hydrogen Fuel Cell Engine to Massive Superjumbo Jet
Wolfenstein
Dec 1 on the byte
A Brain Parasite Is Making Wolves Into Pack Leaders, Scientists Say
LED Down the Wron...
Dec 1 on the byte
Defective LED Streetlights Are Turning the Night Purple
READ MORE STORIES ABOUT / Earth & Energy
Keep up.
Subscribe to our daily newsletter to keep in touch with the subjects shaping our future.
+Social+Newsletter
TopicsAbout UsContact Us
Copyright ©, Camden Media Inc All Rights Reserved. See our User Agreement, Privacy Policy and Data Use Policy. The material on this site may not be reproduced, distributed, transmitted, cached or otherwise used, except with prior written permission of Futurism. Articles may contain affiliate links which enable us to share in the revenue of any purchases made.
Fonts by Typekit and Monotype.