Fortunately, there are reef-safe alternatives. 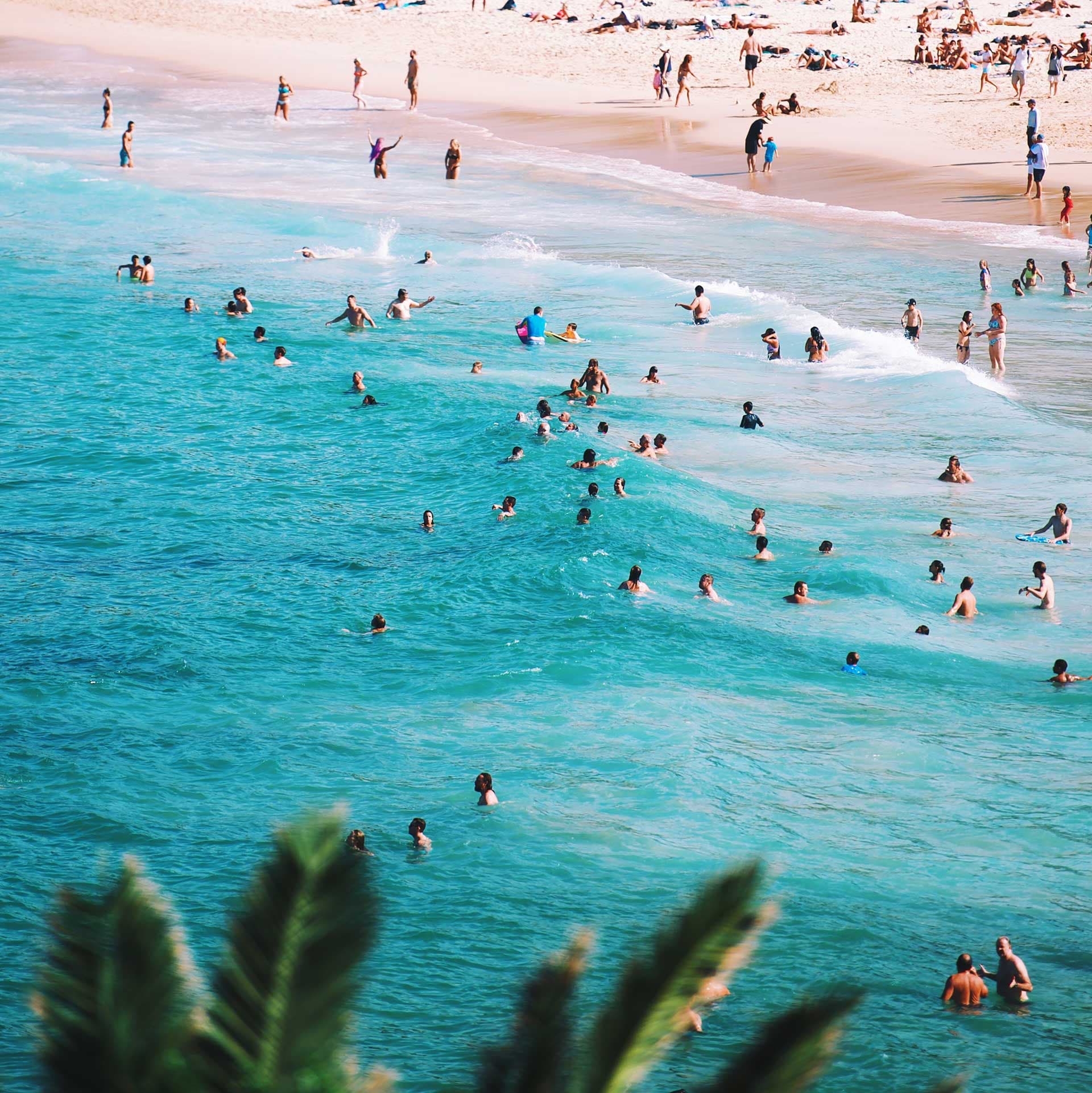 That stuff you use to keep your skin healthy in the sun? Yeah, it's terrible for the health of coral reefs. As if they didn't have enough problems to deal with lately.

Fortunately, Hawaii lawmakers are stepping in to help. The Hawaiian state legislature just passed a bill that would ban the sale of sunscreens containing the chemicals oxybenzone and octinoxate. Research has shown these chemicals are toxic to coral (as larvae and once they've grown to adults), and can promote viral infections that cause coral bleaching — even in small doses. And the amount entering the oceans is far from small: according to one 2015 estimate, some 14,000 tons of sunscreen assault the world's coral reefs annually.

The bill now goes to the desk of Hawaii governor David Ige, who has 45 days to sign it. He has not yet indicated whether he will. But if he does, this bill would be the first of its kind in the world. It would take effect on January 1, 2021.

While a sunscreen ban indeed doesn't do much to combat the serious impacts of polluted, warming, and acidifying oceans on reefs, it absolutely could make a difference. Reefs are more sensitive to the impacts of these larger changes when they're stressed, and the research evidence so far suggests that chemicals in sunscreen can at least act as a serious stressor.

Unsurprisingly, sunscreen manufacturers aren't too excited about the bill. In their opposition to it, the Hawaii Medical Association also said they wanted more research into the link between sunscreen and coral bleaching before removing products that are shown to prevent skin cancer. In August, the Consumer Healthcare Products Association, a trade group, highlighted in their own opposition statement that other factors, such as climate change, were a more significant factor than sunscreen for reef decline.

If you've ever had a sunburn, you may be inclined to agree with the opposers; there's nothing quite like the chills-inducing, hot-shower-forbidding, can't-find-a-comfortable-position-anywhere pain of a bad sunburn.

But the ban doesn't mean you'll have to forego sunscreen altogether; there are lots of brands that don't use oxybenzone and octinoxate but still provide good protection from the summer sun. (There may even soon be an option that gets its protection from marine algae itself!) Lots of travel magazines and environmental advocacy organizations online have lists of them — just Google "reef-safe sunscreen."

It's also worth noting that prescription sunscreens for people with serious skin conditions would still be permitted by the Hawaii ban.

We're all in favor for scientifically rigorous legislation, but given the fragile state of coral reefs today, it would probably be better safe than bleached.

Read This Next
Unreliable Friends
Archipelagic Nation Sick of Other Countries Breaking Climate Change Promises
Circle of Life
Hooray! The Great Pacific Garbage Patch Has Become a Thriving Ecosystem, Scientists Say
Sinking City
Indonesia Is Switching Capital Cities Because the Old One Is Sinking Into the Ocean
Save the Corals
Scientists Grow Coral in Lab, in Glimmer of Hope for Dying Reefs
Brands We Love
Cut Plastic Waste With a LastSwab Reusable Swab
More on Earth & Energy
Dark Places
Jun 26 on the byte
Scientists Invent Way to Grow Plants in Complete Darkness
Real Whopper
Jun 26 on the byte
Scientists Discover Bacterium So Large You Can Hold It in Your Hand
Tick Tock
Jun 25 on the byte
Stranded Oil Tanker That Could Start Leaking Any Time Now, Experts Warn
READ MORE STORIES ABOUT / Earth & Energy
Keep up.
Subscribe to our daily newsletter to keep in touch with the subjects shaping our future.
+Social+Newsletter
TopicsAbout UsContact Us
Copyright ©, Camden Media Inc All Rights Reserved. See our User Agreement, Privacy Policy and Data Use Policy. The material on this site may not be reproduced, distributed, transmitted, cached or otherwise used, except with prior written permission of Futurism. Fonts by Typekit and Monotype.