Apple is taking a stand for a cleaner environment. 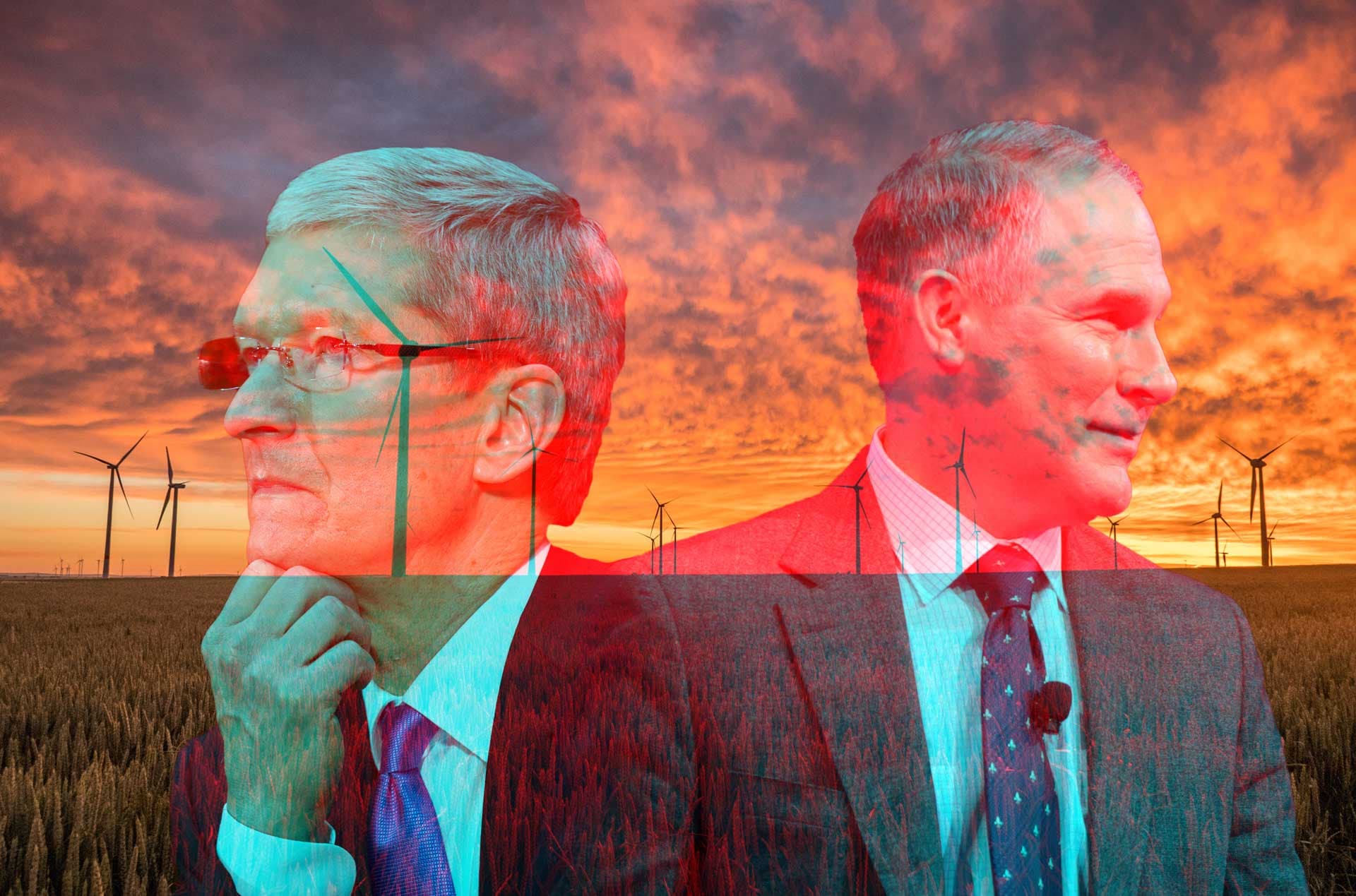 President Donald Trump already hates Amazon, and now Apple may have put itself in his crosshairs by publicly opposing his administration's policy changes.

In October, the Environmental Protection Agency (EPA) shared its proposal to repeal the Clean Power Plan, an Obama-era policy designed to decrease the nation's greenhouse gas emissions from power plants. It's accepting comments on that proposal until April 26. On Friday, Reuters reported that Apple filed an extensive one, laying out all the reasons it thinks the repeal is a bad idea.

Here's what Apple said. First, the financial reasons. Companies that run on renewable sources like solar and wind would have better control over how much they spend on energy because the cost of those sources doesn't fluctuate as much as fossil fuels. More stable energy costs help companies compete better in international markets, according to Apple's EPA filing.

Second, the environmental reasons. Apple calls the battle against climate change a "moral and environmental imperative that also makes good business sense" in the filing, according to The Verge, which saw a copy. Repealing the plan could reduce investments in clean energy or interrupt environmentally-conscious development plans already in the works.

It's debatable whether the average citizen can affect political change, but history shows that corporations can successfully sway legislation. Apple is one of the largest and most high-profile companies in the U.S., so perhaps its vocal support for the Clean Power Plan could influence the EPA's decision.

As for the agency's initial reaction to Apple's EPA filing, spokesman Jahan Wilcox told Reuters that the agency "appreciates all public feedback and will be considering the comments as part of the rule-making process." The Trump administration doesn't have a great track record for actually taking comments into account (example: the FCC ignored comments that advocated for net neutrality), but fingers crossed that this time it'll be different.

Read This Next
Rose Gold Lining
Apple Expects to Benefit From Climate Change
Futurism
US States and Leaders in Innovation Commit to Uphold Paris Climate Accord, Despite Trump
Futurism
Elon Musk Is Setting the Record Straight on Rumors Regarding a Major Tesla Collaboration
More on Earth & Energy
The Dos and Do-Do...
1:59 PM on the byte
Startup Backed By "Jurassic World" Producer Says It Will Revive Extinct Dodo Using Complete Genome
Shark Smile
Yesterday on the byte
Influencer Fined for Eating Endangered Great White Shark
Imagine Dragons
Monday on the byte
Miners Say "Sorry" for Losing Highly Radioactive Object Along Highway
READ MORE STORIES ABOUT / Earth & Energy
Keep up.
Subscribe to our daily newsletter to keep in touch with the subjects shaping our future.
+Social+Newsletter
TopicsAbout UsContact Us
Copyright ©, Camden Media Inc All Rights Reserved. See our User Agreement, Privacy Policy and Data Use Policy. The material on this site may not be reproduced, distributed, transmitted, cached or otherwise used, except with prior written permission of Futurism. Articles may contain affiliate links which enable us to share in the revenue of any purchases made.
Fonts by Typekit and Monotype.