The company says that severe weather will increase "customer loyalty or brand value." 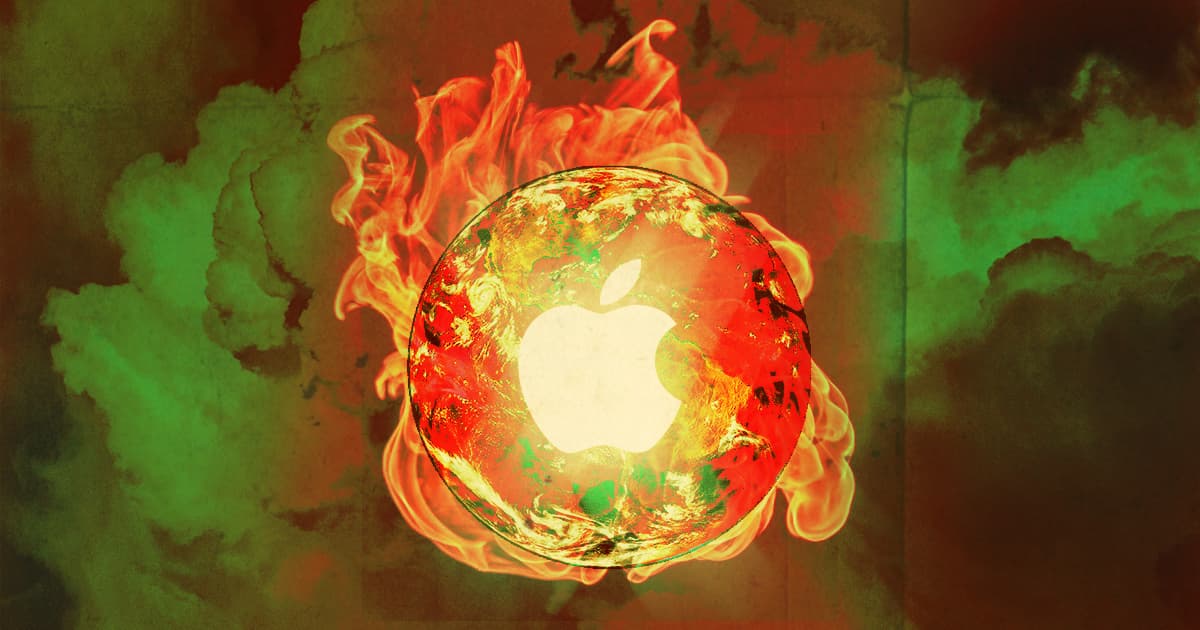 Thanks to humankind's dependence on fossil fuels, climate change is ravaging the world. Habitats are disappearing, the oceans are heating up and becoming more acidic, and species are going extinct while vulnerable populations are driven from their homes.

But there's a bright side to all of this, according to tech company Apple. As the climate worsens, the company says the iPhone's utility at keeping people connected will instill a greater sense of brand loyalty among its customers.

CDP, a U.K. organization formerly known as the Carbon Disclosure Project, ranks corporations based on their impacts on the environment. The group released its letter grades on Tuesday, and Apple earned an "A," according to Bloomberg.

"As severe weather events become more frequent, consumers may come to value more highly the immediate and ubiquitous availability of reliable mobile computing devices for use in situations where transportation, power, and other services may be temporarily interrupted," Apple wrote.

"If customers value our work to help increase their sense of connectedness, personal safety, and peace of mind, during extreme weather events, we may expect some increase in customer loyalty or brand value," reads part of Apple's filing.

More on climate change: More Americans Believe in Global Warming Than Ever Before