Maybe it's obvious, but now we have confirmation. 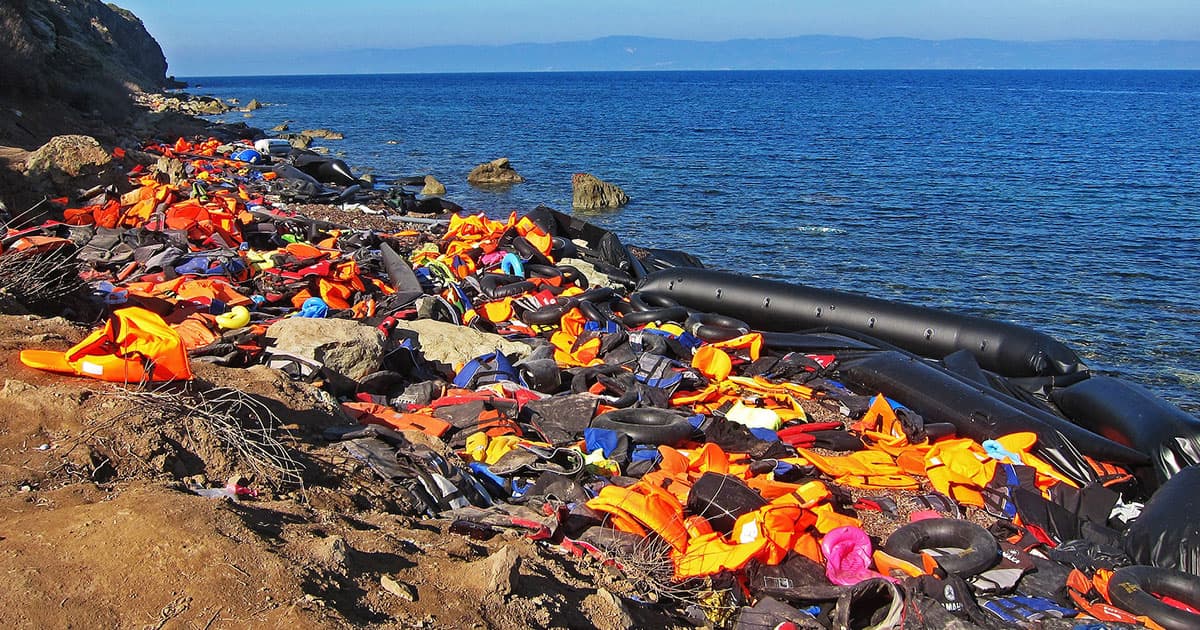 If worldwide famine and mass extinction weren't reasons enough to act on global climate change, a couple new reasons to save the planet just popped up.

In ecology, animals faced with a critical change or the destruction of their habitat have three options: adapt, migrate, or starve. Now, as climate change has started to ravage some areas of the world through decreased rainfall, uninhabitable temperature increases, and disruptions to the food web, many have hypothesized that the people in those areas would face the same choice: try to find a new place to live as a climate-driven refugee or make do for as long as possible.

Now those hunches, which sounded reasonable but lacked concrete evidence, have been scientifically validated by new research published Monday in the journal Global Environmental Change.

Climate change is not only linked to increased migration around the world — it directly causes it, according to the research conducted by the International Institute for Applied Systems Analysis. Specifically, the research looked at contemporary case studies such as Syria's civil war and found that drops in rainfall, a direct result of climate change, drive conflict in areas where resources have become scarce.

People faced with unsustainable conditions and warfare then leave to find asylum elsewhere. In some historical cases, subsequent overcrowding can then increase tensions and lead to conflict as well, according to the research, though that particular link wasn't thoroughly investigated.

The big picture: the world is becoming uninhabitable due to human-caused climate change; some parts are changing faster than others.

As people are forced to leave their homes to seek asylum — adapting to a worsening climate and merely keeping one's head low during resource-driven conflict aren't always viable options — climate change is to blame. And if things are ever going to improve for the people who are most affected, it will be because world leaders did everything they could to fix it.

More on climate change: A Wave of Climate Refugees Could Soon Emerge in the US