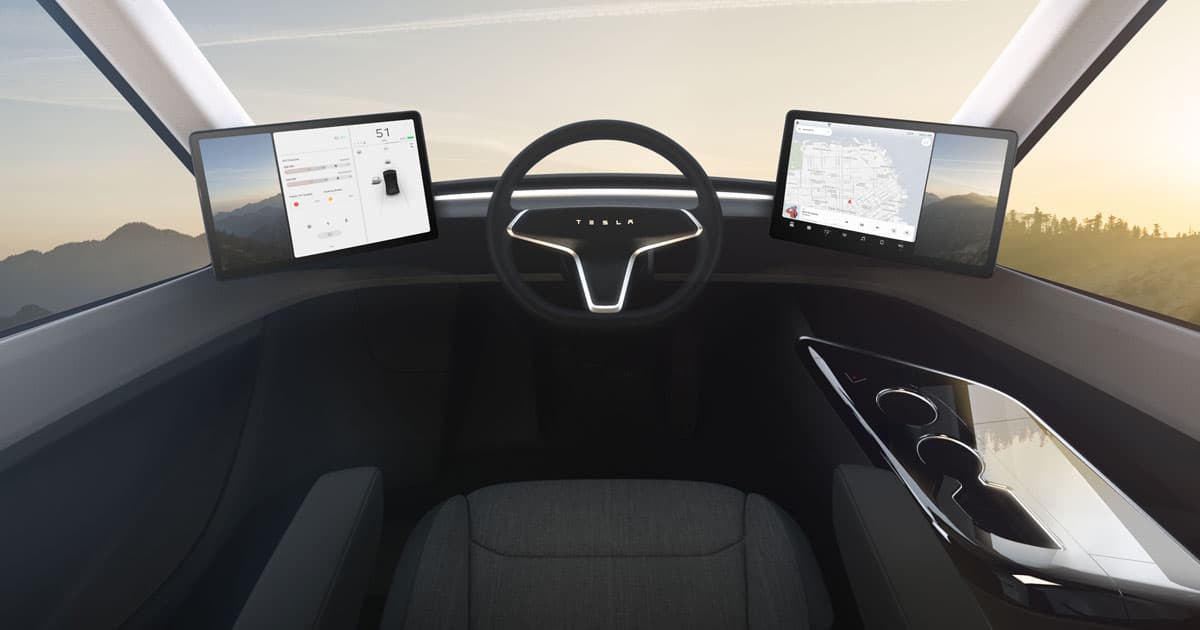 Elon's Got a Semi

According to a leaked email obtained by Reuters, Elon Musk has ordered the company to bring its commercial semi truck into "volume production."

The news comes after the carmaker resumed production after a forced lockdown during the growing coronavirus outbreak.

"Production of the battery and powertrain will take place at Giga Nevada," Musk wrote in the email, referring to the company's Gigafactory 1 in Nevada.

According to Tesla's Q3 2019 earnings report, Tesla's Semi was anticipated to be produced in "limited volumes" in 2020, as Electrek reported at the time.

The company first revealed its Semi during a flashy announcement event in November 2017. The truck will allegedly be able to rocket from 0 to 60 in 25 seconds, even with a load — something that takes your average diesel truck a whole minute — and carry 80,000 pounds for 500 miles.

The driver's seat inside the futuristic cockpit is centered, allowing for access to multiple touchscreens — not unlike the controls in the Crew Dragon module built by Musk's other venture, SpaceX.

Many companies have already placed orders for Tesla's semi truck, including UPS, Walmart, Pepsi, and DHL.

Other carmakers like Volvo have already beaten Tesla to the punch by bringing fully electric trucks to the market.