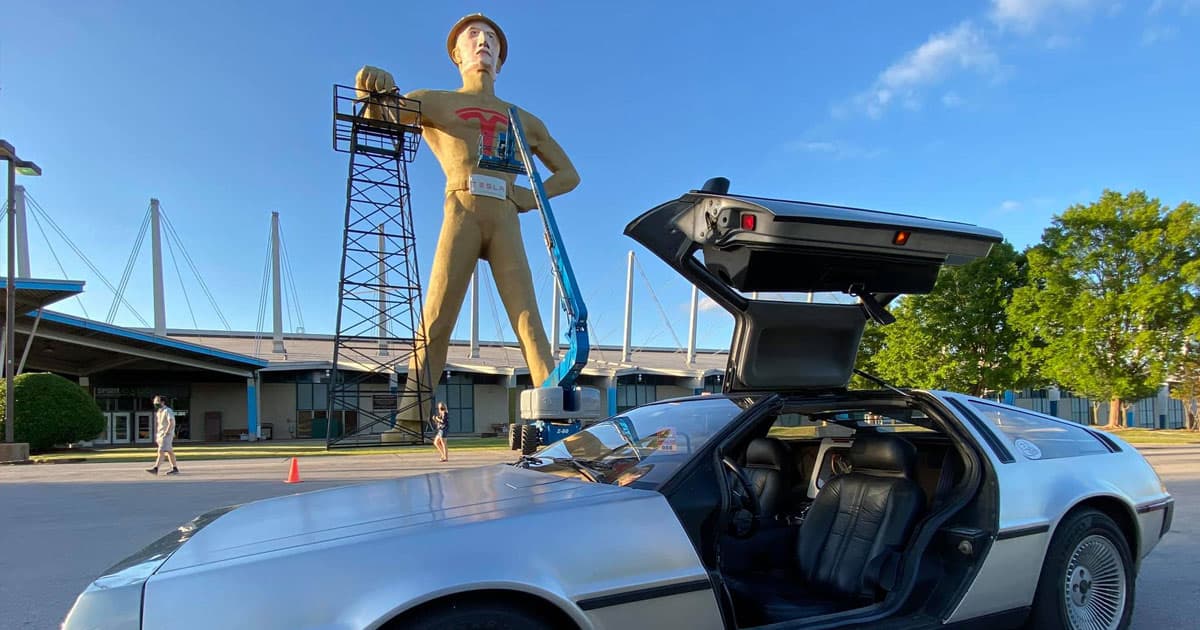 To grab the attention of Tesla CEO Elon Musk, the New York Post reports, a 75-foot statue in Tulsa, Oklahoma just got an Elon Musk makeover.

The statue in question is the Golden Driller, a 43,500 pound likeness of an oil worker — the irony doesn't escape us — made from a steel frame covered in concrete and plaster. It's the fifth tallest statue in the United States. Gaze upon its horrid visage.

Now, a giant red Tesla logo was painted right over the oil worker's chest, with the letters "Tesla" adorning his belt buckle. His face was even repainted to take on the likeness of the billionaire — though the sloppy caricature isn't going to fool anybody.

The two groups behind the makeover, Tesla Owners Club of Oklahoma and Tulsa for Tesla, want the electric carmaker to build a factory in their city. According to The Drive, Tulsa enthusiasts also created the website BigFuckingField.com to sing the praises of Oklahoma for Tesla's next factory.

But is Tesla even looking for a new home? The news comes after Musk threatened to move his car company's California productions to Texas or Nevada after the local county wouldn't allow the company to resume operations amidst a global pandemic.

Musk even decided to sue the county earlier this month, but dropped the suit on Wednesday.