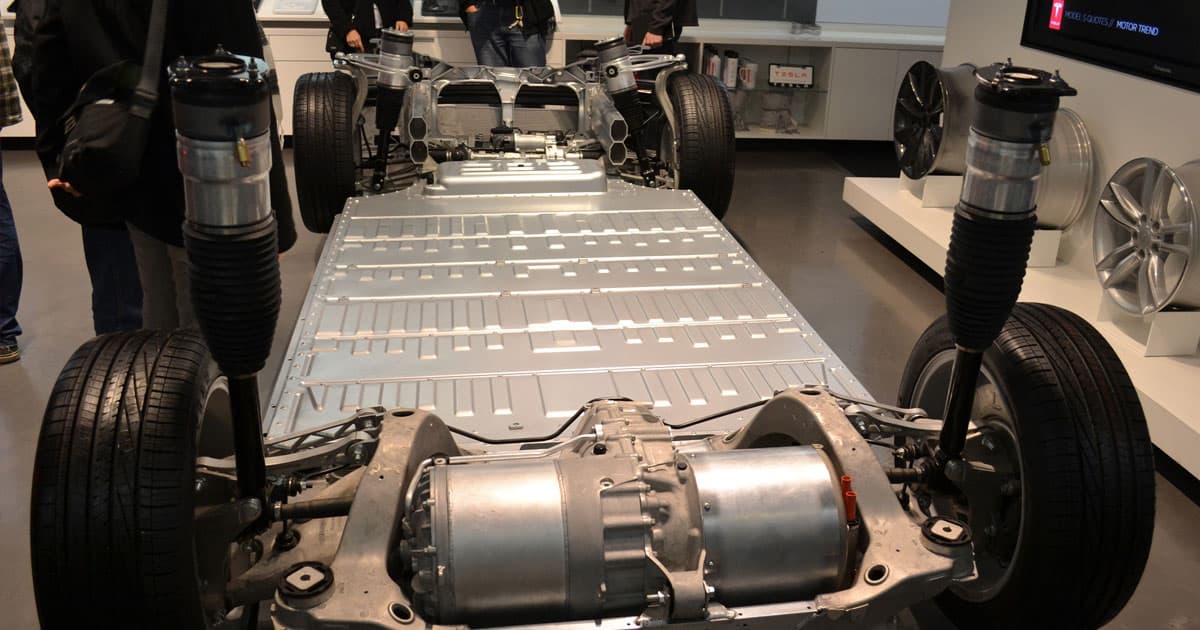 Tesla will soon announce a "million mile" battery that it says will bring down the cost of electric vehicles to the price point of gas engine cars and greatly improve the longevity of batteries, according to a Reuters exclusive.

The battery will be used in the company's Model 3 luxury sedan made and sold in China later this year or early next year. According to Reuters, the battery is a collaboration between Tesla and a team of academic battery experts recruited by Tesla CEO Elon Musk.

The new batteries will rely on low-cobalt and cobalt-free battery technologies that reduce the stresses on the inside of the batteries, making them last much longer, according to Reuters. Cobalt remains the most expensive metal in the production of electric car batteries.

Thanks to a heavily automated manufacturing process, production cost will reportedly drop as well. Tesla is planning on opening even larger "Terafactories" that will dwarf its existing — and already massive — gigafactories to produce the batteries.

Musk has also been teasing that Tesla will be holding a "Battery Day" later this month, which may be when the company officially announces the new battery.

"We’ve got to scale battery production to crazy levels that people cannot even fathom today," Musk told investors in January.