The Future of the Car is Undergoing Fundamental Change. Here are Seven Futuristic Concepts.

Things are starting to look a little sci-fi.

The future of the car is undergoing fundamental change. We are witnessing the dawn of the autonomous, self-driving car that will transform the conventional, utilitarian passenger vehicle into a living space. Without the need to drive, we could catch up with work, watch a movie, or simply turn the seat around and converse with other passengers. Whether that will take place on grounded roadways or along airways in the sky, the desire for personalized travel is not going away any time soon.

But in an increasingly dense and populated world, will the car still be relevant, or will it be a luxury reserved for the rich? Here are seven ambitious and futuristic concepts that will determine the future of the car. 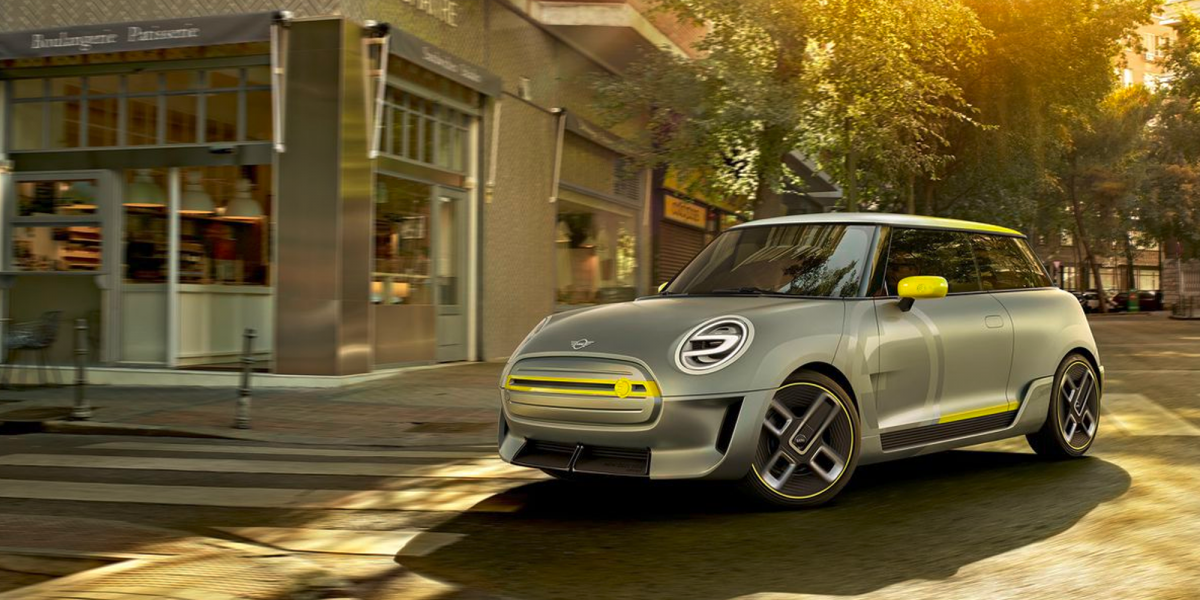 This electric concept from Mini features the same powertrain found in the BMW i3, with a range of about 150 miles. It’s the successor of the Mini E, an electric conversion of the Mini Cooper that was only available to a number of private users in the US. While the exterior details such as the sealed, yellow grill are quite flashy and modern, not much has changed to the body when compared to its predecessors. 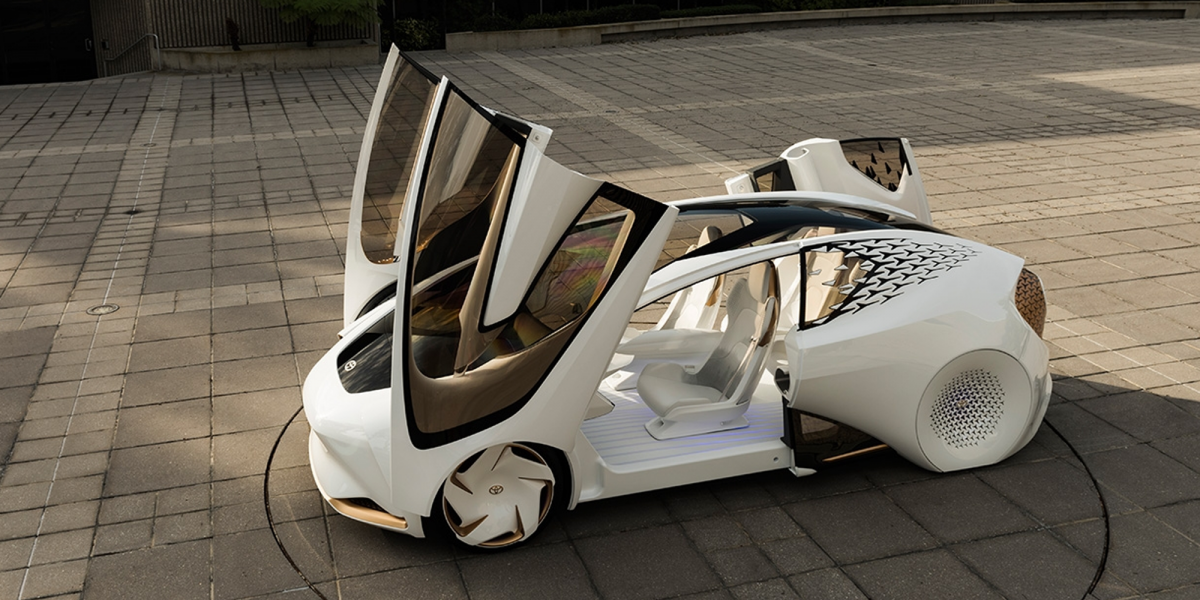 Toyota’s autonomous Concept-i vision is far more futuristic. The interior features sleek and minimalist lines, the front seats turn into captain seats and float in the center as the oversized, wing-style doors pivot forward, exposing most of the interior of the car. The dashboard has been gutted to its core elements, while an artificial intelligence continually learns from the driver to anticipate their needs: “Let’s say, for example, that you’re feeling sad; the AI will analyze your emotion, make a recommendation and if necessary, take over and drive you safely to your destination.” 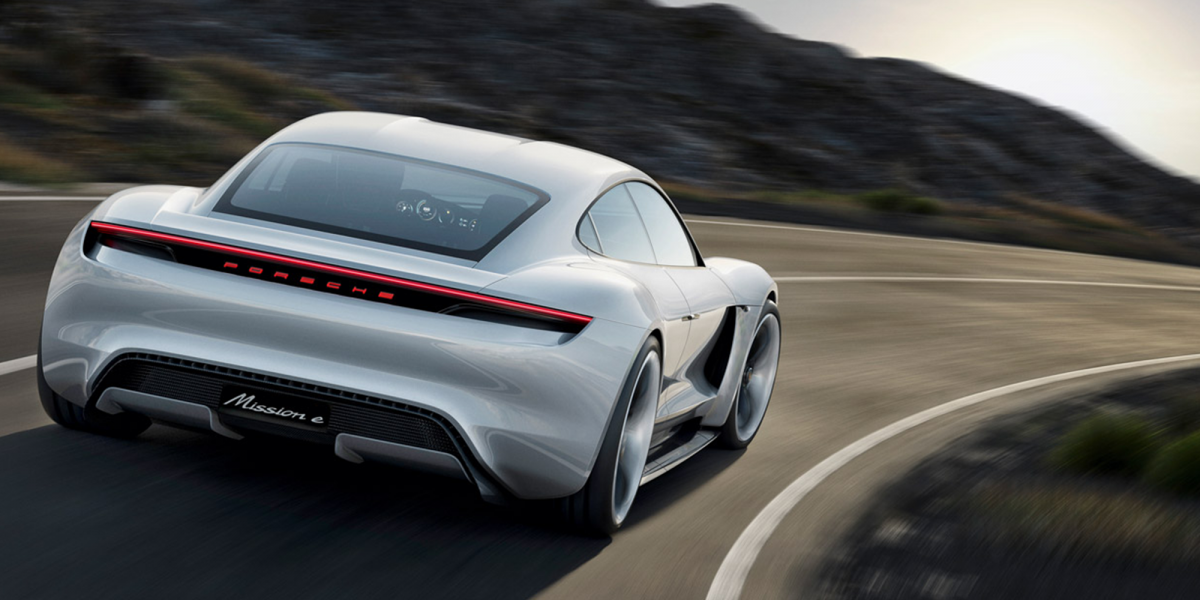 German car maker Porsche dreamed up an electric sports car that promises to combine a range of more than 300 miles with a familiar and proven powerhouse design. Thanks to the pair of magnet synchronous motors, the Mission E will have a combined output of 600 hp, accelerating it from 0 to 60 in just 3.5 seconds. The g-forces will be visceral. 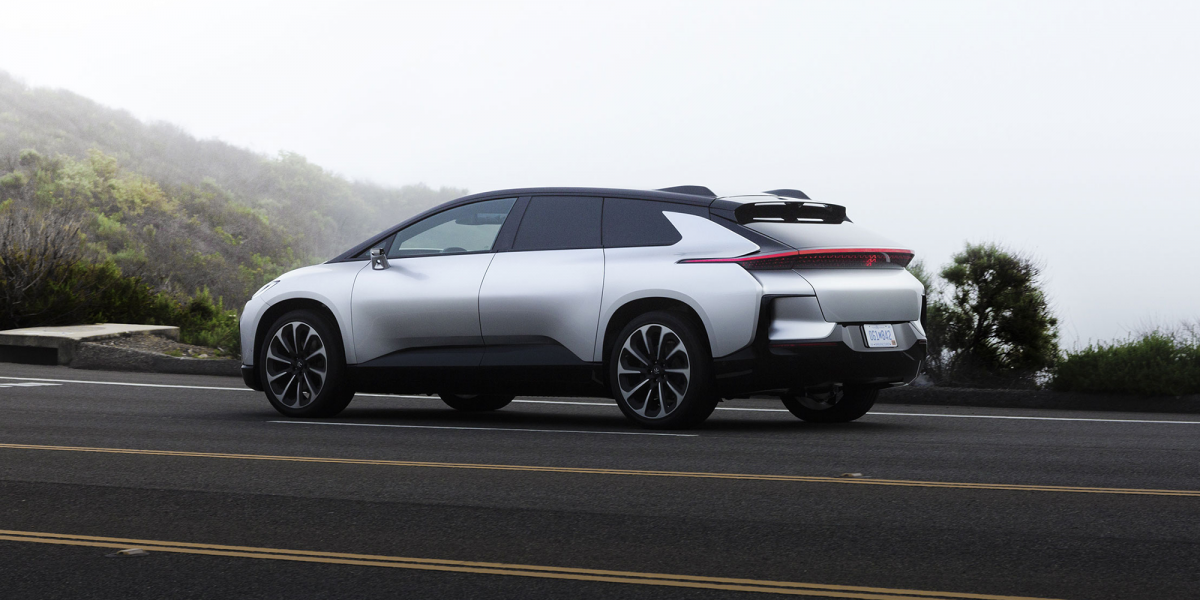 This fully electric, autonomous car presents car start-up Faraday Future’s first foray into consumer cars. The FF 91’s modular design allows owners to customize their own, personalized variants. The electric drive train allows it to accelerate from 0 to 60 mph in just 2.39 seconds and the lithium-ion battery will give it a range of over 300 miles. A camera on the outside of the B column scans each user before entry and adjusts the driving experience accordingly. 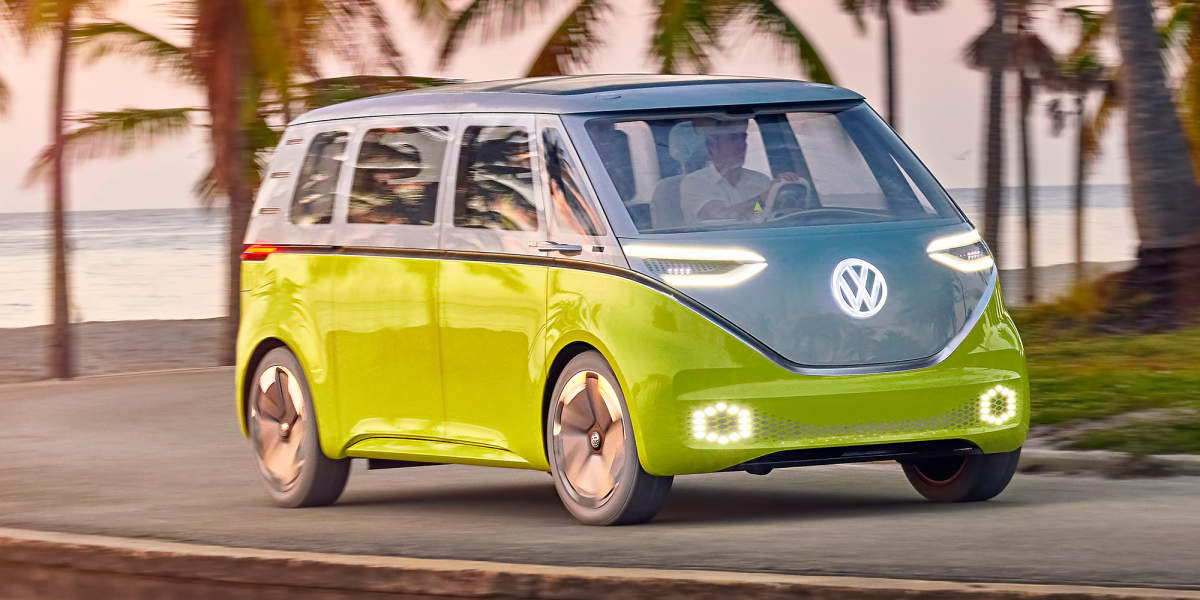 Volkswagen first showed off their VW Microbus concept at the Detroit Auto Show in January of 2017. Since then, Volkswagen has decided to bring its concept called the “I.D. Buzz” into production, slated to roll out in 2020.

The stylings are reminiscent of the prototypical VW Bus of the 70s, but the lines have been significantly straightened out. The bold LED hood ornament brings the design squarely into the 21st century. The headlights are a simple array of LEDs and the hexagonal segments on the front bumper act as “eyes” to indicate the status of the car. 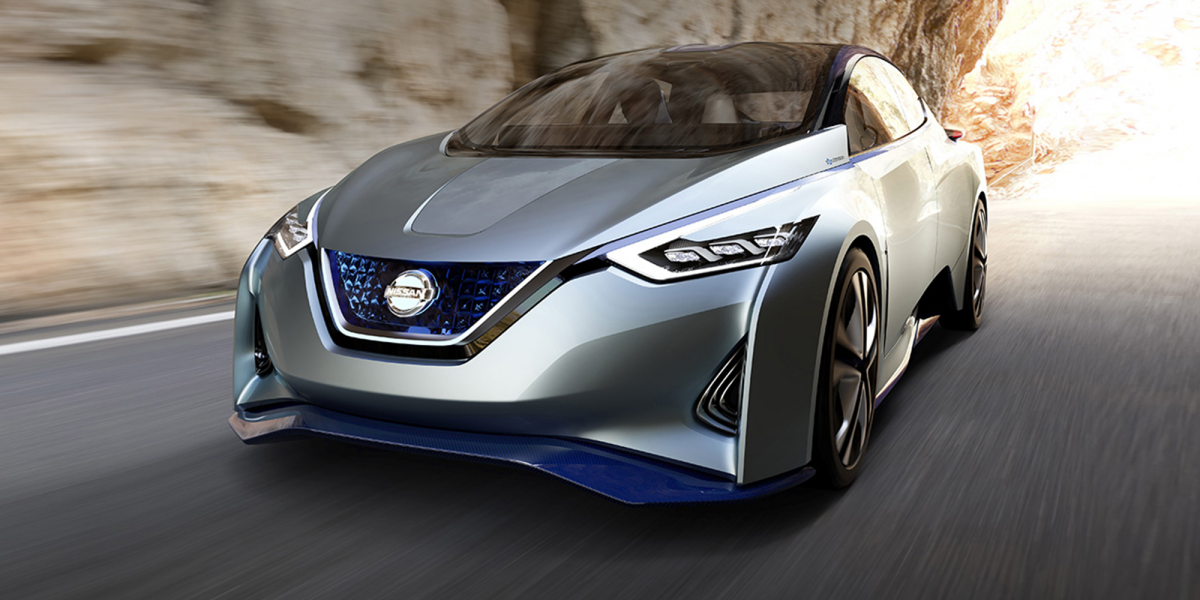 Nissan’s electric car concept features a lightweight carbon-fiber chassis and a large 60 kWh battery, but it’s the interior and driving experience that make the IDS Concept push the envelope. An ultrawide single-pane instrument panel takes up the entire width of the vehicle, displaying anything from weather to a calendar view. LEDs line the perimeter of the exterior trim to “indicate its awareness of pedestrians or cyclists.” 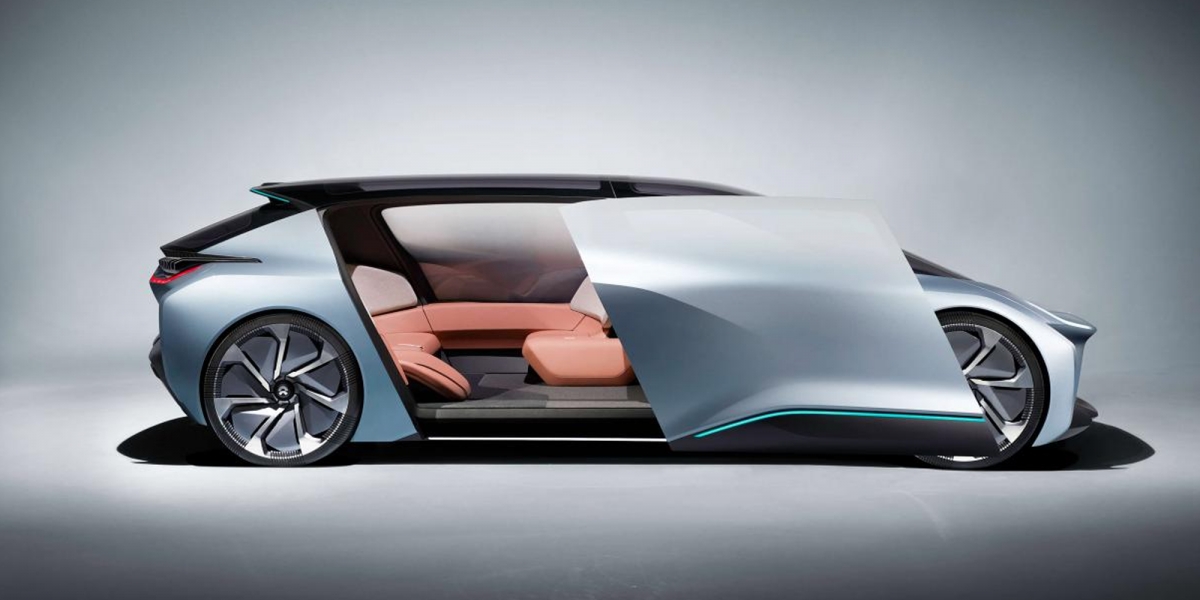 Chinese automaker NIO’s vision of the autonomous car of the future centers around comfort and adaptability. Their Eve concept turns the car interior into a living space; reclining seats allow passengers to face one another and converse much like in other living spaces. The sweeping, extended glass panels on the ceiling further open up the space, bringing passengers closer to the world around them.

Read more: This Electric Vehicle Startup Could Become the Next Tesla

Battle of the Bots

Tesla Model X in Autopilot Killed a Driver. Officials Aren’t Pleased With How Tesla Handled It.