This car has taught itself the need for speed. 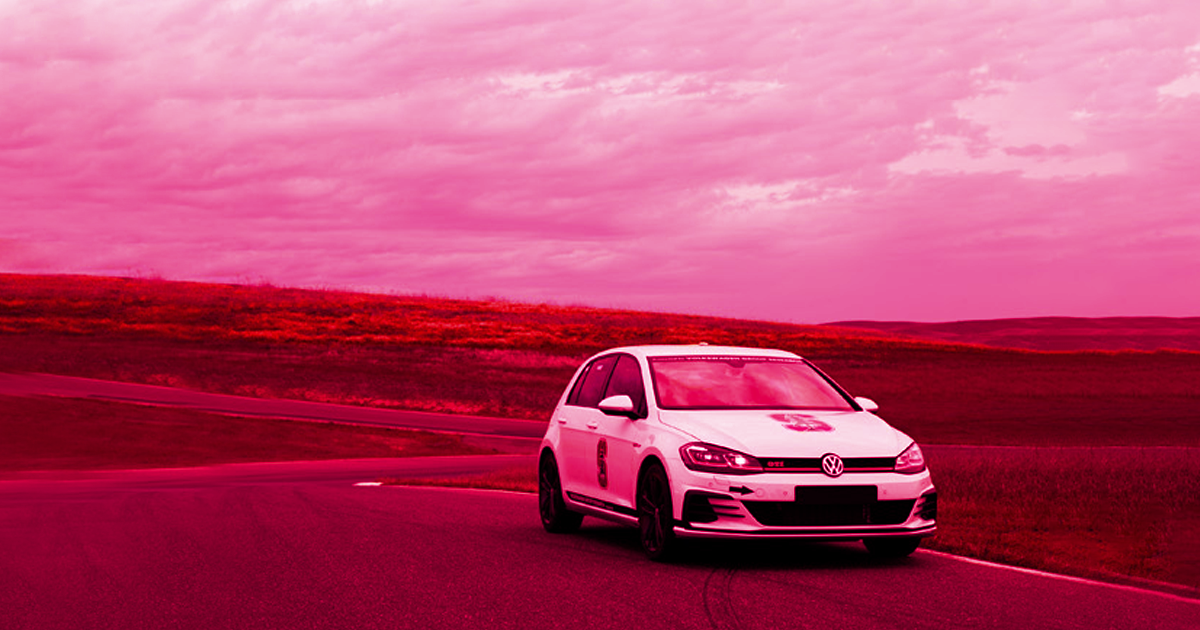 Engineers at Stanford University in California figured a way to teach a self-driving car how to make high-speed turns, like a racecar.

While that sounds like an inherently unsafe maneuver, the engineers' findings could end up making passenger-oriented driverless vehicles safer, according to New Scientist, in case they have to swerve suddenly to avoid a collision.

"We want our algorithms to be as good as the best skilled drivers — and, hopefully, better," said Nathan Spielberg, a graduate student in mechanical engineering at Stanford and lead author of a paper about the research published yesterday in the journal Science Robotics, in a statement."Our work is motivated by safety, and we want autonomous vehicles to work in many scenarios, from normal driving on high-friction asphalt to fast, low-friction driving in ice and snow."

They trained a neural network with data from 200,000 motion samples, including test drives on slippery surfaces like snow and ice. In a video, you can watch a Volkswagen GTI race around a circular track without ever spinning out or losing control.

Why a neural network — a kind of AI loosely modeled on a biological brain — and not a simple physics-based model? The researchers found that the neural network could better predict what surface it was driving on and how grippy it was than a simpler algorithm.

By learning from how racecar drivers "harness all of the tire-road friction to avoid a crash," the neural network was "capable of learning vehicle dynamic behavior on a range of different surfaces," according to the researchers' paper.

Race to the Future

While the neural-network-enhanced self-driving car is faster than you average autonomous vehicle, it's not quite as fast as an "expert human" — to be faster, self-driving cars would need the "human driver’s willingness to deviate from the path to more fully use friction and reduce time."

"If we can develop vehicles that have seen thousands of times more interactions than we have, we can hopefully make them safer," Spielberg said.

Read This Next
Red Light
Godfather of Self-Driving Cars Says the Tech Is Going Nowhere
Elon Take the Wheel
Tesla's In-Car Cameras Are Now Spying on Drivers to Make Sure They Pay Attention
Look Ma
It's Shockingly Easy to Drive a Tesla Without Anybody in the Driver's Seat
Drifting DeLorean
Watch a Self-Driving DeLorean Burn Rubber on a Stunt Course
Shuttle Butt
We Took a Ride on NYC's First Self-Driving Shuttle
More on Advanced Transport
Quelle Surprise!
Yesterday on the byte
Of Course Elon Musk Is Pushing The Cybertruck Back Again, What Did You Expect?
Stay Away
Wednesday on the byte
New SUV Features Electrified Door Handles and Pepper Spray Guns
No Fly
Monday on the byte
The TSA's Entire No Fly List Appears to Have Just Leaked
READ MORE STORIES ABOUT / Advanced Transport
Keep up.
Subscribe to our daily newsletter to keep in touch with the subjects shaping our future.
+Social+Newsletter
TopicsAbout UsContact Us
Copyright ©, Camden Media Inc All Rights Reserved. See our User Agreement, Privacy Policy and Data Use Policy. The material on this site may not be reproduced, distributed, transmitted, cached or otherwise used, except with prior written permission of Futurism. Articles may contain affiliate links which enable us to share in the revenue of any purchases made.
Fonts by Typekit and Monotype.