Volkswagen's New Electric Minibus Will Hit the Road in 2022

The new bus brings the classic California style into the 21st century. 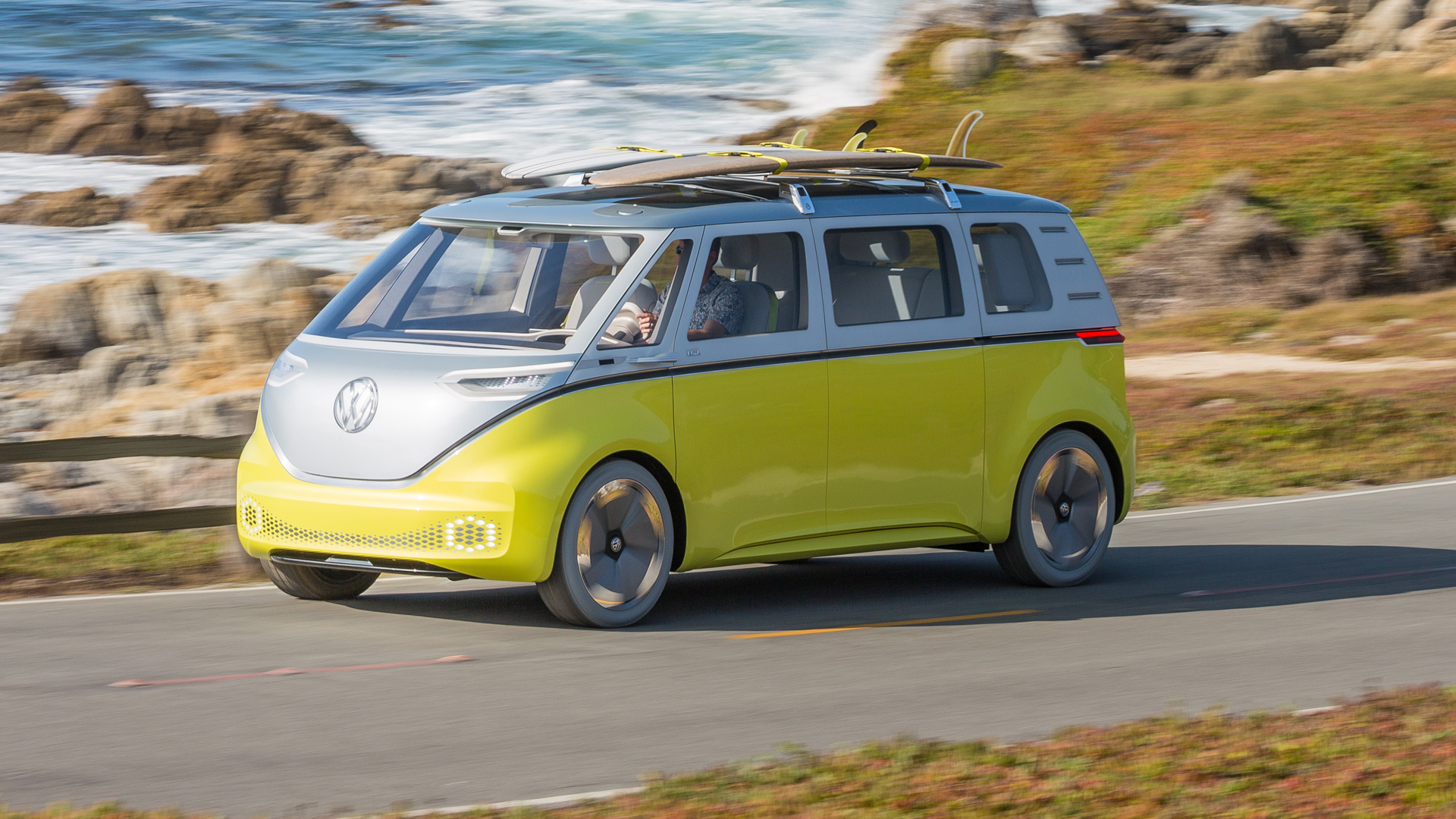 The Microbus is Back

On August 19, Volkswagen announced at the Pebble Beach Concours d’Elegance in California that its electric microbus, the I.D. BUZZ concept car, will go into production. The new microbus will debut in dealerships throughout China, Europe, and North America in 2022, after the compact four-door version arrives.

“After the presentations at the global motor shows in Detroit and Geneva, we received a large number of letters and emails from customers who said, 'please build this car’,” Volkswagen CEO Dr. Herbert Diess said at the event. Diess explained to attendees that the location of the announcement was deliberately chosen: “The Microbus has long been part of the California lifestyle. Now we're bringing it back by reinventing it as an electric vehicle.”

The production model I.D. BUZZ will feature all of the benefits of electric drive components, including a long wheelbase and lots of interior space. According to a CNET reviewer who drove the bus, its doors open and close automatically, like Tesla's Model X, and with a 0-60 acceleration in under 5 seconds, it has the speed to match other electric vehicles— not that anyone driving one will be in much of a rush. The battery pack has a range of around 270 miles, on par with the Model X and the Chevy Bolt, and more than the Tesla's Model S. The nearly flat front of the classic VW microbus will be retained, because the batteries will be mounted in the floor of the vehicle, just as they are in the concept version shown in Detroit in April.

The I.D. BUZZ is designed for multiple purpose: as a passenger vehicle, but also to carry freight just as the classic T2 did. “Along with a minibus version, we'll also be offering an I.D. BUZZ CARGO variant for zero-emissions delivery of goods,” Volkswagen's CEO of Commercial Vehicles, Dr. Eckhard Scholz said at the event. “With Level 3 autonomous capability, this is an ideal concept for an electric van, particularly for delivering packages and goods to the inner cities.”

The iconic VW microbus has a long history in America. It began production in 1950, and by the late 1960s had become a symbol of the hippie counterculture, with enough space to transport groups to rallies, concerts, and anyplace else. This new version of the classic retains a lot of this classic style and nostalgia, with maximum space utilization and recognizable elements of the beloved microbus style. The I.D. BUZZ will also incorporate various design ideas from the concept car, including interactive connectivity, multi-variable seating, and highly automated driving. It's the hippie's choice for the electric car revolution.

Read This Next
Car Pile Up
Tesla Is Absolutely Spraying Out Cars
Sun Power
Startup Says Its Solar Upgrade for Teslas Adds 60 Miles in Range per Day
No Parking
Condo Association Bans EVs From Parking in Garage, Saying They Pose Fire Risk
Real American eMuscle
Dodge Says It's Only Making an Electric Car Because the Performance Is So Good
Charge on the Go
Cornell Scientist Unveils Roadway That Charges Electric Cars While Driving
More on Advanced Transport
Quelle Surprise!
Yesterday on the byte
Of Course Elon Musk Is Pushing The Cybertruck Back Again, What Did You Expect?
Stay Away
Wednesday on the byte
New SUV Features Electrified Door Handles and Pepper Spray Guns
No Fly
Monday on the byte
The TSA's Entire No Fly List Appears to Have Just Leaked
READ MORE STORIES ABOUT / Advanced Transport
Keep up.
Subscribe to our daily newsletter to keep in touch with the subjects shaping our future.
+Social+Newsletter
TopicsAbout UsContact Us
Copyright ©, Camden Media Inc All Rights Reserved. See our User Agreement, Privacy Policy and Data Use Policy. The material on this site may not be reproduced, distributed, transmitted, cached or otherwise used, except with prior written permission of Futurism. Articles may contain affiliate links which enable us to share in the revenue of any purchases made.
Fonts by Typekit and Monotype.