Your new best friend could be your car. 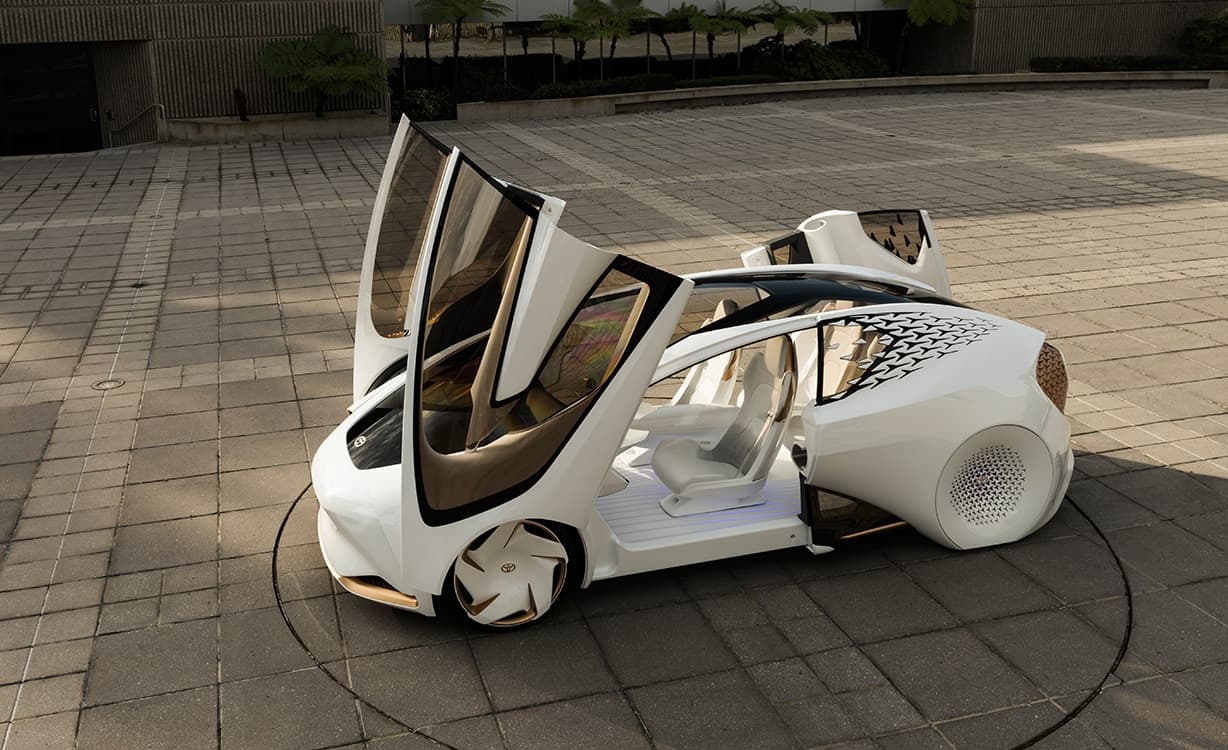 With some experts predicting an end to car ownership in the near future, you can't blame Toyota for coming up with a concept car designed to make you fall in love with it.

At the 2017 CES (Consumer Electronics Show) today in Las Vegas, the auto manufacturer unveiled the Concept-i, a sleek, futuristic-looking vehicle the company hopes "demonstrates Toyota’s view that vehicles of the future should start with the people who use them," according to a press release.

In addition to the vehicle's obviously uncommon look (you did notice the wings, yes?), it boasts an equally unique user experience.

Powered by an artificial intelligence (AI) agent nicknamed “Yui," the car learns about the driver, monitoring everything from their schedule and driving patterns to their responsiveness and emotions. Communication between Yui and the driver isn't strictly voice-based — the interior is designed so that Yui can use light, sound, and touch to convey information.

“At Toyota, we recognize that the important question isn’t whether future vehicles will be equipped with automated or connected technologies,” said Bob Carter, senior vice president of automotive operations for Toyota. “It is the experience of the people who engage with those vehicles. Thanks to Concept-i and the power of artificial intelligence, we think the future is a vehicle that can engage with people in return.”

Unlike most concept cars, Concept-i will actually get to spend some time on the road, as Toyota plans to oversee on-road evaluations in Japan within the next few years.

Perhaps one day in the not-so-distant future, you could have your own one-on-one chat with Yui.

Read This Next
Shuttle Butt
We Took a Ride on NYC's First Self-Driving Shuttle
Autonomous Donuts
Watch a Self-Driving Car Careen Around Corners Like a Racecar
Dangerous Autonomy
Video Shows Tesla Autopilot Steering Toward Highway Barriers
Moon Rover
See the Moon Rover Toyota Is Building for Japan's Space Program
Riot Gearheads
New Toyota Patent Would Let Cars Spray Thieves With Tear Gas
More on Advanced Transport
Kapow
Yesterday on the byte
Self-Driving Car Plowed Into Active Fire Scene, Forcing Firefighters to Smash Its Window
Netflix and Drive
Monday on futurism
Mercedes Claims to Have Achieved Level 3 Automation, Beating Tesla
Battery Trouble
Monday on the byte
Tesla "Spontaneously" Bursts Into Flames While Driving Down Freeway
READ MORE STORIES ABOUT / Advanced Transport
Keep up.
Subscribe to our daily newsletter to keep in touch with the subjects shaping our future.
+Social+Newsletter
TopicsAbout UsContact Us
Copyright ©, Camden Media Inc All Rights Reserved. See our User Agreement, Privacy Policy and Data Use Policy. The material on this site may not be reproduced, distributed, transmitted, cached or otherwise used, except with prior written permission of Futurism. Articles may contain affiliate links which enable us to share in the revenue of any purchases made.
Fonts by Typekit and Monotype.