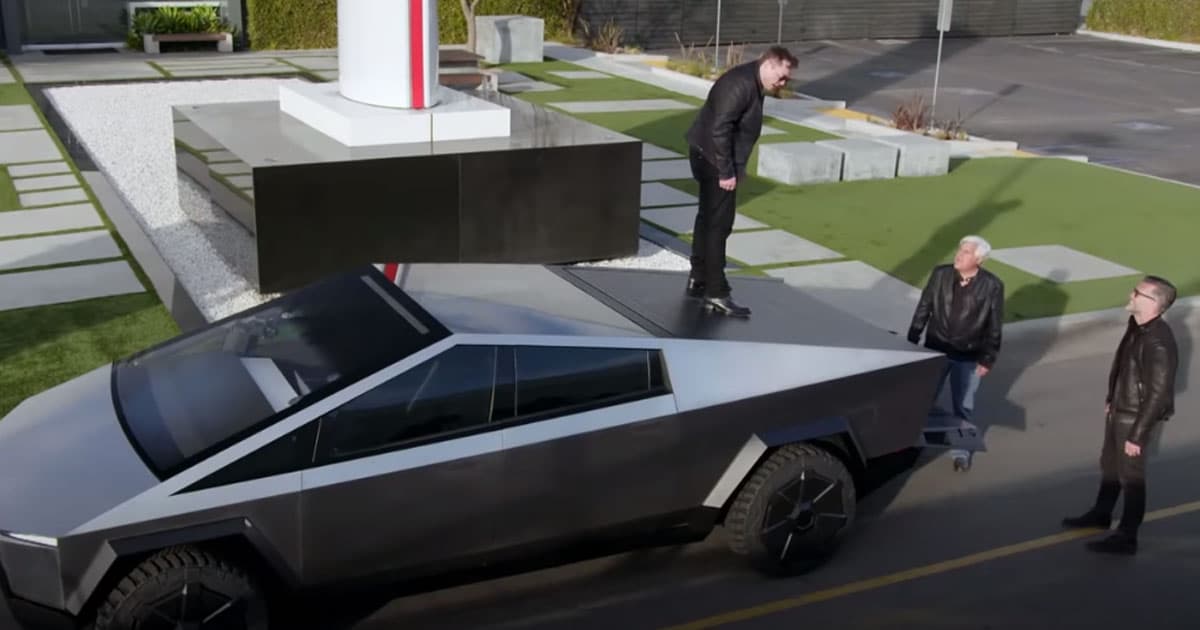 Elon Musk: "We Want to Be a Leader in Apocalypse Technology"

Retired TV host and car nerd Jay Leno got a first row look at Tesla's upcoming Cybertruck electric pickup. In the passenger seat next to him was Tesla CEO Elon Musk himself, who gave him a tour of the truck's features — and later some tunnels he's dug under Los Angeles with the Boring Company, another of his startups.

In the TV segment, aired by CNBC, Musk boasts to Leno about the car's bulletproof exterior.

"When the apocalypse comes, you’ll be glad it's bulletproof," he told Leno. "We want to be the leader in apocalypse technology."

When Leno challenged Musk on why Tesla outfitted the truck with armored glass and 30X cold-rolled stainless steel that can withstand the force of a handgun, Musk had a simple answer: "Because it's badass and it's super cool. Do you want your truck to be bulletproof or not?"

Musk also noted that the truck may have to shrink about five percent to fit in a normal garage, and that visibility lines still have to be improved before entering production. The first trucks are slated to roll off the line late next year.

The segment, a part of the TV show "Jay Leno's Garage," was likely filmed prior to the global pandemic.

The truck was first shown off to the public in November of last year. At the time, Musk had to backpedal on the truck's bulletproof-ness on stage after his car company's chief designer Franz von Holzhausen lobbed a hefty metal ball at the truck's window — accidentally smashing it.

More on the Cybertruck: QUAKE IN TERROR AT THIS HEAVILY MILITARIZED CYBERTRUCK