It's a respectable two miles long. 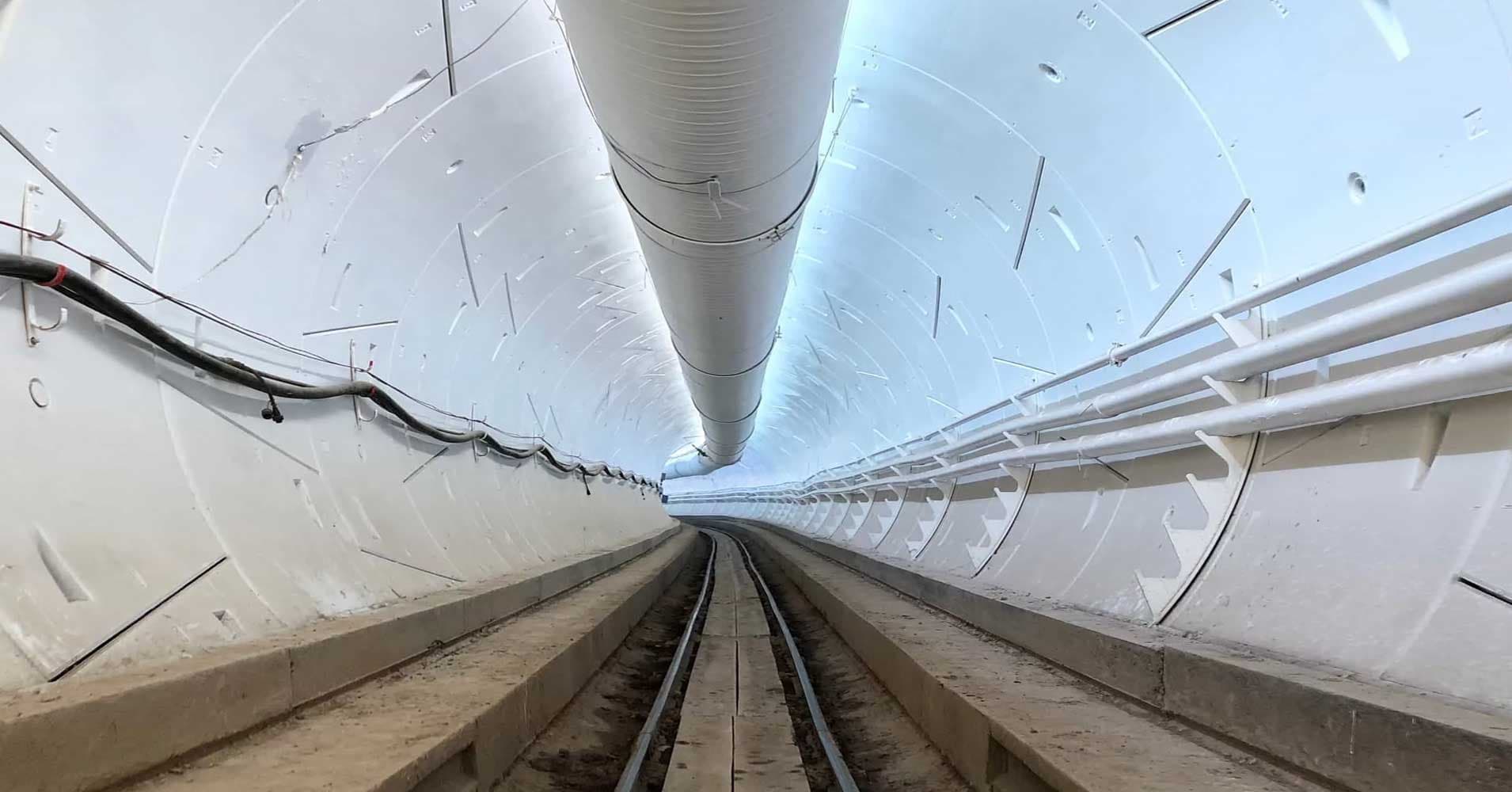 Musk posted a video on Twitter showing the gigantic tunneling machine breaking through the final wall connecting it to O’Leary Station, the Boring Company’s first outpost that connects the underground tunnel to the surface near its headquarters in Hawthorne, Los Angeles.

The tunnel is a respectable 3.2 km (2 miles) in length, 30 feet (9 m) in diameter, and 15 feet under the surface. It has been in the works for almost two years under the Boring Company’s headquarters.

The tunnel is a proof-of-concept that’s meant to connect the company’s offices to a local suburb to show off a brand new form of transport: once completed, the company is hoping to shoot cars or just passengers along at 250 km/h (155 mph) on “skates.”

Musk announced last month that his company is planning to open the tunnel to the public in December – a tight timeline considering the tunnel was only just completed.

The Boring Company is hoping to speed things up next time round, according to its official website. By digging tunnels with smaller diameters of 14 feet or less, company could conceivably dig much faster.

Unsurprisingly, the Musk-owned company is also planning to go electric, according to the site — future version of the Boring Machine will run on motors, not diesel engines and locomotives.

READ MORE: The Boring Company has completed digging its first tunnel [The Verge]

Read This Next
Assertive or Annoying?
Tesla FSD Appears to Ask Drivers Whether It Should Break the Law
Sun Power
Startup Says Its Solar Upgrade for Teslas Adds 60 Miles in Range per Day
Futurism
Tesla Fan Page Relentlessly Mocked for Incredibly Stupid Post
Junk in Trunk
Oh Great, They’re Filming Porn Inside Teslas on Autopilot
Car Wars
Tesla Self-Driving Update Caused Cars to Behave Dangerously
More on Advanced Transport
Missile Defense
Jan 15 on the byte
FedEx Asks Permission to Install Anti-Missile Lasers on Its Cargo Jet
Clustertruck
Jan 14 on the byte
Tesla Is Apparently Delaying the Disastrous Cybertruck Another Year
Get Outta My Way
Jan 13 on the byte
Self-Driving Car Has Giant Airbag for When It Accidentally Plows Into Pedestrians
READ MORE STORIES ABOUT / Advanced Transport
Keep up.
Subscribe to our daily newsletter to keep in touch with the subjects shaping our future.