Elon Musk Has Released Photos of His Underground Tunnels

Musk believes this hole in the ground is the solution to rush hour traffic. 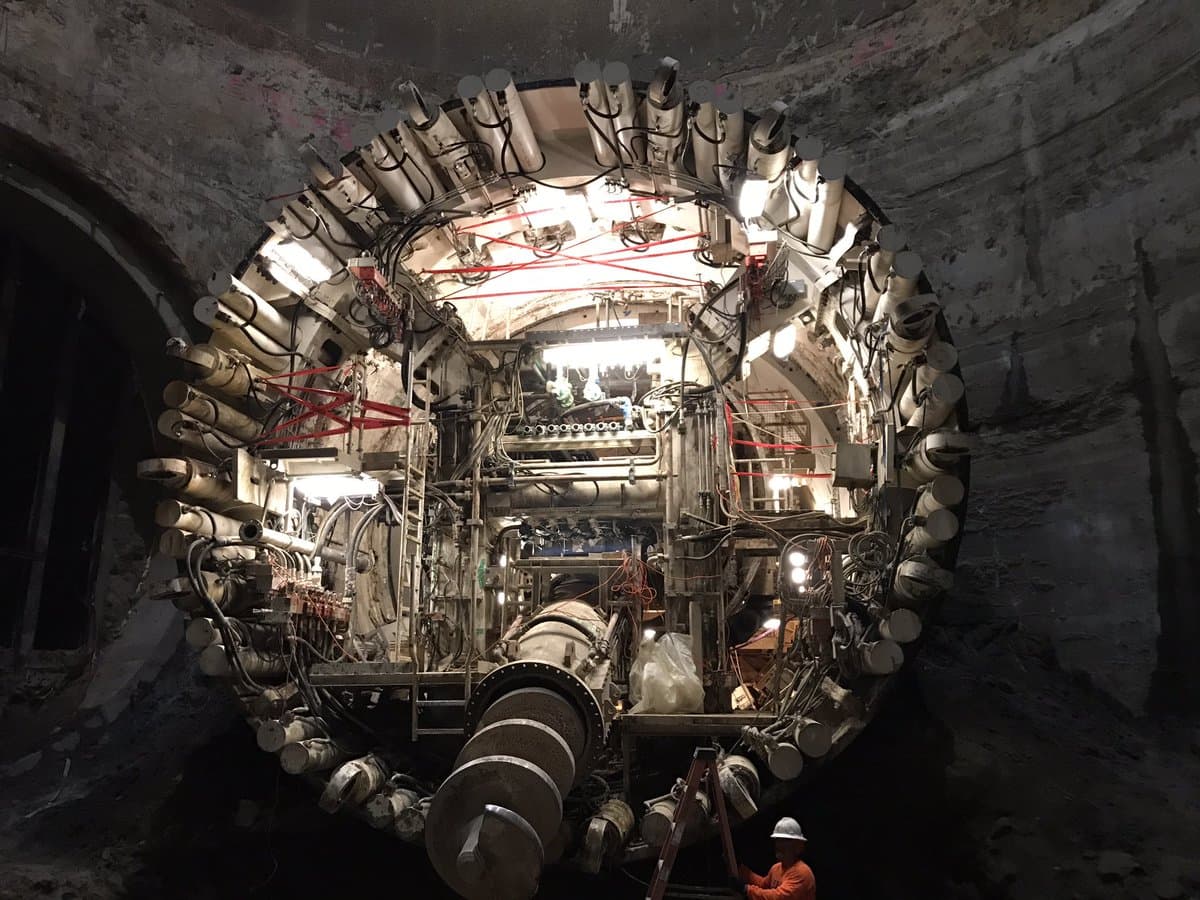 Elon Musk, CEO of Tesla and SpaceX, has been moving quickly on the development of what he calls "The Boring Company." In January of last year, he presented a proposal at the Hyperloop Pod Competition for a company that would lighten traffic through the use of  underground tunnels. One year later, Musk mentioned that construction of a tunnel could begin in Los Angeles by the end of February.

Musk hasn't fallen short of his promise – his new boring machine began to dig a tunnel as part of a demonstration at SpaceX's Hyperloop Pod Competition last weekend. Although the machine has only created a mere hole, his team plans to eventually construct a full-fledged tunnel.

Musk hasn't been too clear about how the tunnel will function, but the Hyperloop could be involved – after, it is supposed to be able to work above or below ground. Musk has, at the very least, not denied the connection:

For those that are curious enough to see what Musks' boring machine looks like, he released a photo of it on Twitter recently. This might be only one part of a massive machine without the cutting head attached.

Although tunneling machines already exist, Musk's company would be unique because the machines would make tunneling faster, speeding up the digging process almost tenfold compared to conventional methods. If Musk's boring machine can make tunneling quicker and easier, underground transit could also become more popular. Tunnels would be a solution to heavy traffic, especially in urban areas, as well as a potential way to bring transportation into buildings.

Musk isn't exactly serious about creating a separate entity called "The Boring Company." Thankfully, the project fits into Tesla's mission to alleviate traffic which, in turn, will reduce fuel consumption and emissions.

His boring machine is also in line with SpaceX's mission to eventually settle a colony on Mars. It could be used to test the viability of tunnel construction on the Red Planet, creating underground habitats that would protect people from extreme cold, low pressure, and high radiation.

Read This Next
Absent CEO
Tesla Investors Furious at Elon Musk for Vanishing During Crisis to Play With Shiny New Twitter
Stay Away
Tesla Is Having Extreme Trouble Hiring, for Some Reason
Musk Antics
Elon Musk Has a Big Problem on His Hands
Veillance What?
Startup Says Train Powered by "Veillance Flux" Could Travel 620 MPH
Please Elon
Why These Tesla Owners Are Going on a Hunger Strike Against Tesla
More on Advanced Transport
Quelle Surprise!
Yesterday on the byte
Of Course Elon Musk Is Pushing The Cybertruck Back Again, What Did You Expect?
Stay Away
Wednesday on the byte
New SUV Features Electrified Door Handles and Pepper Spray Guns
No Fly
Monday on the byte
The TSA's Entire No Fly List Appears to Have Just Leaked
READ MORE STORIES ABOUT / Advanced Transport
Keep up.
Subscribe to our daily newsletter to keep in touch with the subjects shaping our future.
+Social+Newsletter
TopicsAbout UsContact Us
Copyright ©, Camden Media Inc All Rights Reserved. See our User Agreement, Privacy Policy and Data Use Policy. The material on this site may not be reproduced, distributed, transmitted, cached or otherwise used, except with prior written permission of Futurism. Articles may contain affiliate links which enable us to share in the revenue of any purchases made.
Fonts by Typekit and Monotype.