The 6.5-mile tunnel would go from Hawthorne, CA to West Los Angeles. 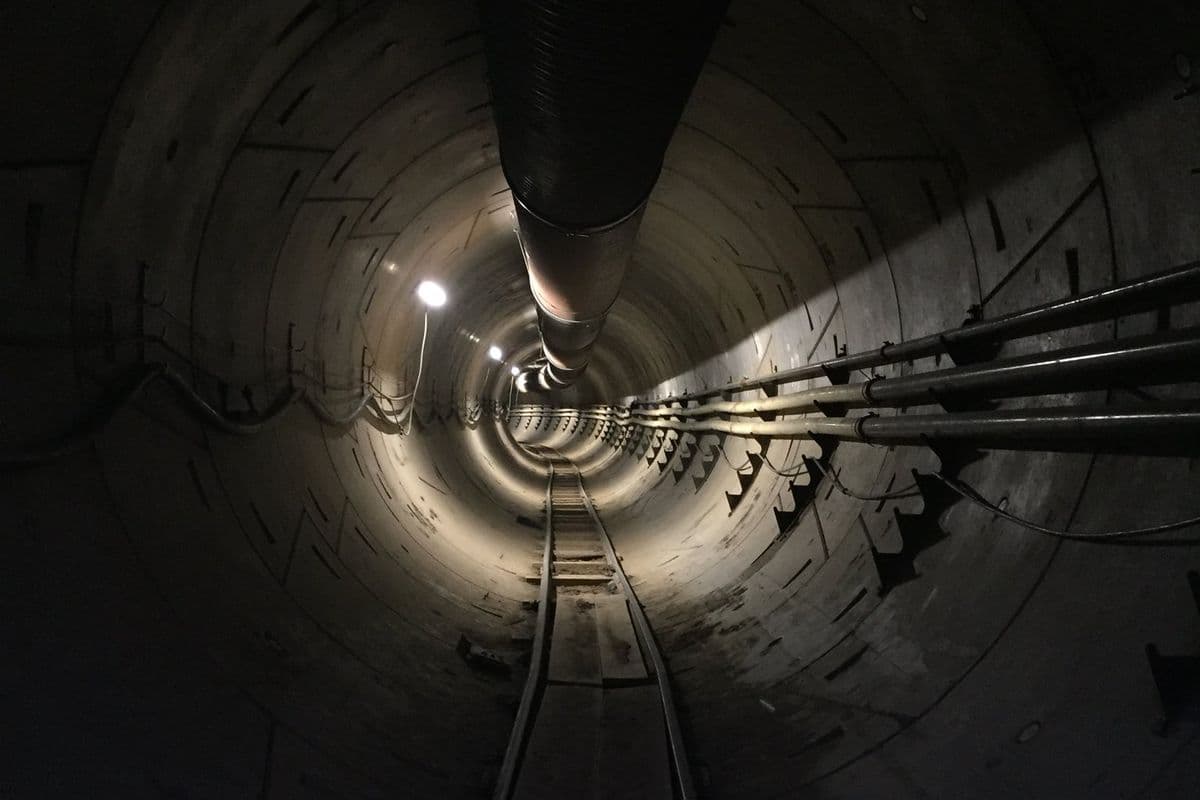 On Monday night, Elon Musk's Boring Company presented a new plan to the Culver City city council. The company wants to build a 6.5-mile tunnel from Hawthorne, CA (where SpaceX Headquarters is located) to West Los Angeles. The tunnel would run beneath Culver City, and the company hopes this route would help diminish traffic at the surface level.

According to Wired, the Boring Company has already received the green light from the Hawthorne city council for an easement on the starting end of the tunnel. The company is also reportedly working with the city of Los Angeles to get permission to excavate.

The tunnels are of interest for more than providing alternate roadways to alleviate traffic, though. The company intends for them to be networks of electric-powered "skates" that would transport passenger pods, personal vehicles, and cargo.

The system is intended to be both high-speed and autonomous, propelling pods at speeds up to 150 mph. If all authorities sign off on the initial construction and boring that has to be done, the project would serve as a "proof of process" tunnel. That said, there is still a lot standing between the initial design and a fully realized network of tunnels running under southern California.

The traffic in Los Angeles is a serious issue, though. One that the cities receiving the Boring Company's proposals are likely eager to resolve. In 2016, LA was ranked as having the worst traffic in the world.

Musk's vision has long been to take that troublesome traffic underground. As the Borning Company's website states: “To solve the problem of soul-destroying traffic, roads must go 3D, which means either flying cars or tunnels. Unlike flying cars, tunnels are weatherproof, out of sight and won’t fall on your head.”

While there may be a vested interest in creative solutions to the city's traffic woes, there has also been a fair amount of doubt surrounding the Boring Company's ambitious plans. Bloomberg reported that an attendee of the city council meeting on Monday referred to Musk's company as a “thinly capitalized company that has made money selling hats." A representative at the meeting responded, saying the company and its projects are primarily funded by Musk, not hat sales.

The Boring Company will still need to apply for a permit in Culver City, so Monday night's meeting was likely the first of many that will need to happen before any actual boring can begin.

Read This Next
Absent CEO
Tesla Investors Furious at Elon Musk for Vanishing During Crisis to Play With Shiny New Twitter
Stay Away
Tesla Is Having Extreme Trouble Hiring, for Some Reason
Musk Antics
Elon Musk Has a Big Problem on His Hands
Please Elon
Why These Tesla Owners Are Going on a Hunger Strike Against Tesla
Streisand Effect
Hurry Up and Watch These Videos Tesla Wants Removed From the Internet
More on Advanced Transport
Netflix and Drive
Yesterday on futurism
Mercedes Claims to Have Achieved Level 3 Automation, Beating Tesla
Battery Trouble
Yesterday on the byte
Tesla "Spontaneously" Bursts Into Flames While Driving Down Freeway
High Tide
Jan 27 on the byte
We’re in Awe of Amsterdam’s Huge Underwater Bike Parking Garage
READ MORE STORIES ABOUT / Advanced Transport
Keep up.
Subscribe to our daily newsletter to keep in touch with the subjects shaping our future.
+Social+Newsletter
TopicsAbout UsContact Us
Copyright ©, Camden Media Inc All Rights Reserved. See our User Agreement, Privacy Policy and Data Use Policy. The material on this site may not be reproduced, distributed, transmitted, cached or otherwise used, except with prior written permission of Futurism. Articles may contain affiliate links which enable us to share in the revenue of any purchases made.
Fonts by Typekit and Monotype.