Is this the future of our world? 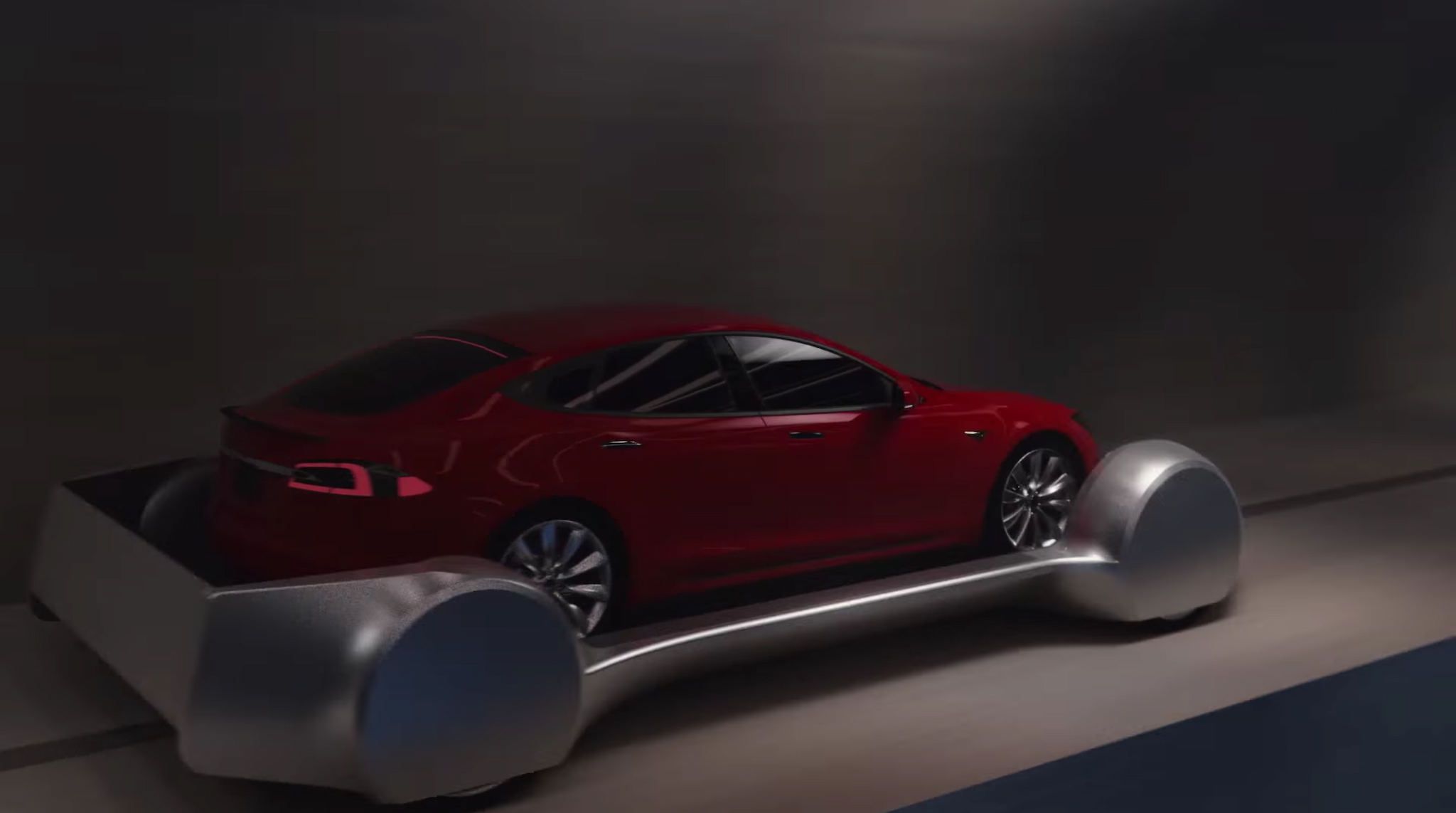 Last year, Elon Musk announced via Twitter his intention to “build a tunnel boring machine and just start digging” as a way to avoid traffic. He later shared a clever name for the initiative — The Boring Company — and though information is still scarce, the project does seem to be coming along nicely.

It now has a website with a futuristic concept video, and this week, what appears to be massive, branded proof of the Boring Company’s first drilling machine hit the internet. The image should go a long way toward alleviating lingering doubts that The Boring Company is anything more than a billionaire's idea of a joke or a cover-up for Musk to work on a Hyperloop in secret.

When Musk spoke on the concept of tunneling at the Hyperloop Pod Competition’s first phase in 2016, he called it “a really simple and obvious idea." He later explained to Bloomberg that he considers it a more practical solution to traffic congestion than airborne vehicles, which would require more infrastructure and regulatory approval — though those obstacles aren't stoping companies like Uber and E-Volo from pursuing the tech.

While it may not be as cool as SpaceX's plans to colonize Mars, Tesla's tech to power self-driving cars, or Neuralink's goal of merging our brains with machines, you can’t deny what a simple hole in the ground could do to manage vehicle congestion in urban areas.

Given Musk's track record when it comes to introducing practical innovations built on remarkable tech, it certainly looks like it won't be long before Musk's Boring Company starts creating as much buzz as any of his other ventures. Clearly, the first step to that is adding a store to the website so they can start selling some of that cool merch Musk showed off last month.

Read This Next
Musk Antics
Elon Musk Has a Big Problem on His Hands
Veillance What?
Startup Says Train Powered by "Veillance Flux" Could Travel 620 MPH
Please Elon
Why These Tesla Owners Are Going on a Hunger Strike Against Tesla
Streisand Effect
Hurry Up and Watch These Videos Tesla Wants Removed From the Internet
Elon's Mad
Elon Musk Snaps at Guy Who Pointed Out Bug in Tesla's Beta FSD
More on Advanced Transport
Pizza Personnel
Wednesday on the byte
Domino's Buying Hundreds and Hundreds of Electric Delivery Vehicles
Obey the Bus
Tuesday on the byte
Tesla Full Self-Driving Caught Ignoring Stop Signs on School Buses
Gruesome
Nov 14 on the byte
Police Investigating Deadly Accident In Which Tesla Plowed Into Multiple People
READ MORE STORIES ABOUT / Advanced Transport
Keep up.
Subscribe to our daily newsletter to keep in touch with the subjects shaping our future.
+Social+Newsletter
TopicsAbout UsContact Us
Copyright ©, Camden Media Inc All Rights Reserved. See our User Agreement, Privacy Policy and Data Use Policy. The material on this site may not be reproduced, distributed, transmitted, cached or otherwise used, except with prior written permission of Futurism. Articles may contain affiliate links which enable us to share in the revenue of any purchases made.
Fonts by Typekit and Monotype.