Elon Musk: It Might Be Possible to Go "Supersonic" in the Test Hyperloop Tube

The winners of the 2nd Hyperloop Pod competition accomplished a speed of 324 kilometers per hour. 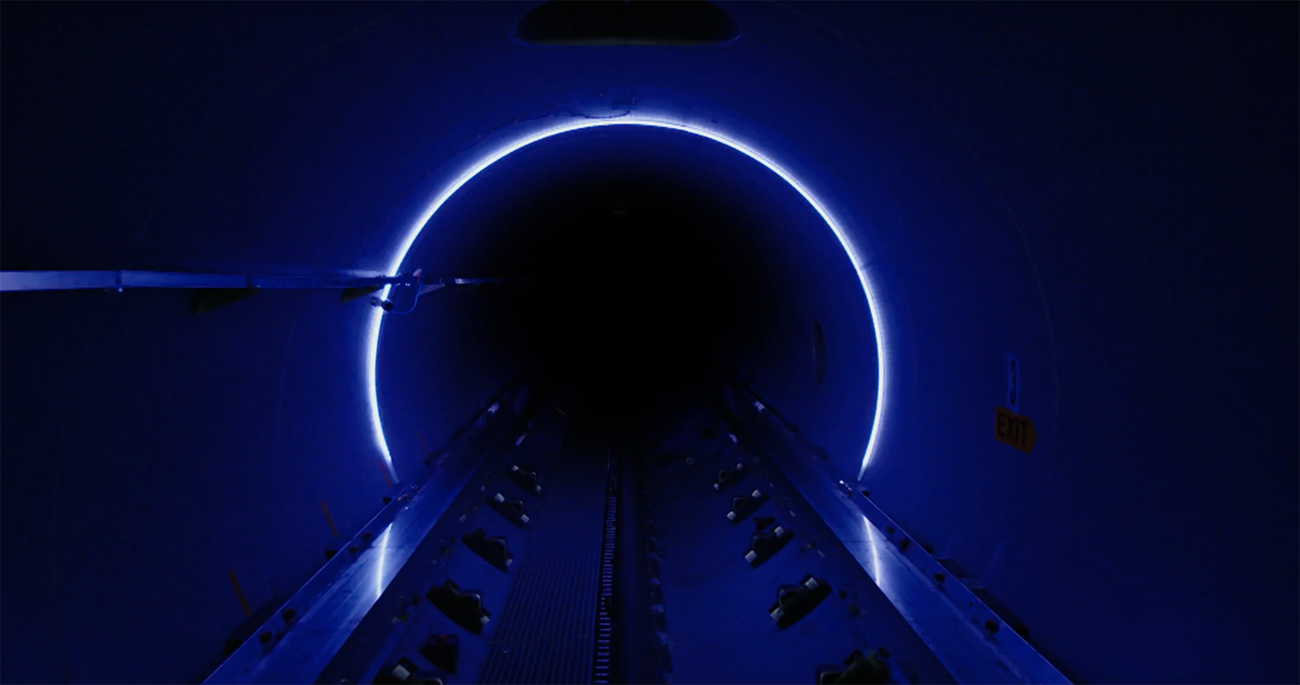 Over the weekend Elon Musk announced that WARR — a team of students from the University of Munich — were declared the winners of SpaceX and The Boring Company's second Hyperloop Pod competition. Their entry accomplished a speed of 324 kilometers per hour (201 miles per hour) traveling down a tunnel measuring 0.8 miles.

Congratulations to WARR team from Tech Univ Munich for winning 2nd @Hyperloop competition! Peak speed of 324 km/h, which is over 200 mph!!

Elon Musk congratulated the team on Twitter shortly after the event. This kind of testing demonstrates how far the Hyperloop project has come in a short span of time: going from a novel idea to something on the verge of fruition, with college students building pods that can actually run on a working track.

Might be possible to go supersonic in our test Hyperloop tube, even though it's only 0.8 miles long. Very high accel/decel needed …

Musk certainly seems to feel that the test demonstrates the project's enormous potential. He stated that it might be possible to reach supersonic speeds in the test tunnel at SpaceX's headquarters, even though it's less than a mile long. The Tesla CEO noted that due to the length limitation, very high levels of acceleration and deceleration would be required — of course, that wouldn't be a problem for a full-scale implementation of Hyperloop technology.

The first Hyperloop Pod competition was held in January 2017. Advances made since that time demonstrate just how quickly this technology is coming along. WARR also took home the prize for fastest pod on that occasion, but their previous design could only manage a speed of 94 kilometers per hour (58 miles per hour).

Events like this one are intended to spur wider interest in the Boring Company's burgeoning Hyperloop technology — but that being said, while Musk no doubt would be pleased if his company's was the first to make the technology a reality, when asked about another company working on similar tech — Hyperloop One — Musk replied, "I hope they and any others trying to advance transport technology succeed."

Of course, that doesn't mean that he's about to scale down his own attempt to crack high-speed long-distance transportation. Musk also revealed that he plans to test out the SpaceX pusher sled on the track later this week.

Read This Next
Musk Antics
Elon Musk Has a Big Problem on His Hands
Veillance What?
Startup Says Train Powered by "Veillance Flux" Could Travel 620 MPH
Please Elon
Why These Tesla Owners Are Going on a Hunger Strike Against Tesla
Streisand Effect
Hurry Up and Watch These Videos Tesla Wants Removed From the Internet
Elon's Mad
Elon Musk Snaps at Guy Who Pointed Out Bug in Tesla's Beta FSD
More on Advanced Transport
Pizza Personnel
Nov 23 on the byte
Domino's Buying Hundreds and Hundreds of Electric Delivery Vehicles
Obey the Bus
Nov 22 on the byte
Tesla Full Self-Driving Caught Ignoring Stop Signs on School Buses
Gruesome
Nov 14 on the byte
Police Investigating Deadly Accident In Which Tesla Plowed Into Multiple People
READ MORE STORIES ABOUT / Advanced Transport
Keep up.
Subscribe to our daily newsletter to keep in touch with the subjects shaping our future.
+Social+Newsletter
TopicsAbout UsContact Us
Copyright ©, Camden Media Inc All Rights Reserved. See our User Agreement, Privacy Policy and Data Use Policy. The material on this site may not be reproduced, distributed, transmitted, cached or otherwise used, except with prior written permission of Futurism. Articles may contain affiliate links which enable us to share in the revenue of any purchases made.
Fonts by Typekit and Monotype.