Hyperloop One Passes Second Full System Test — Faster Than Ever Before

“It's the dawn of the commercialization of the hyperloops.” 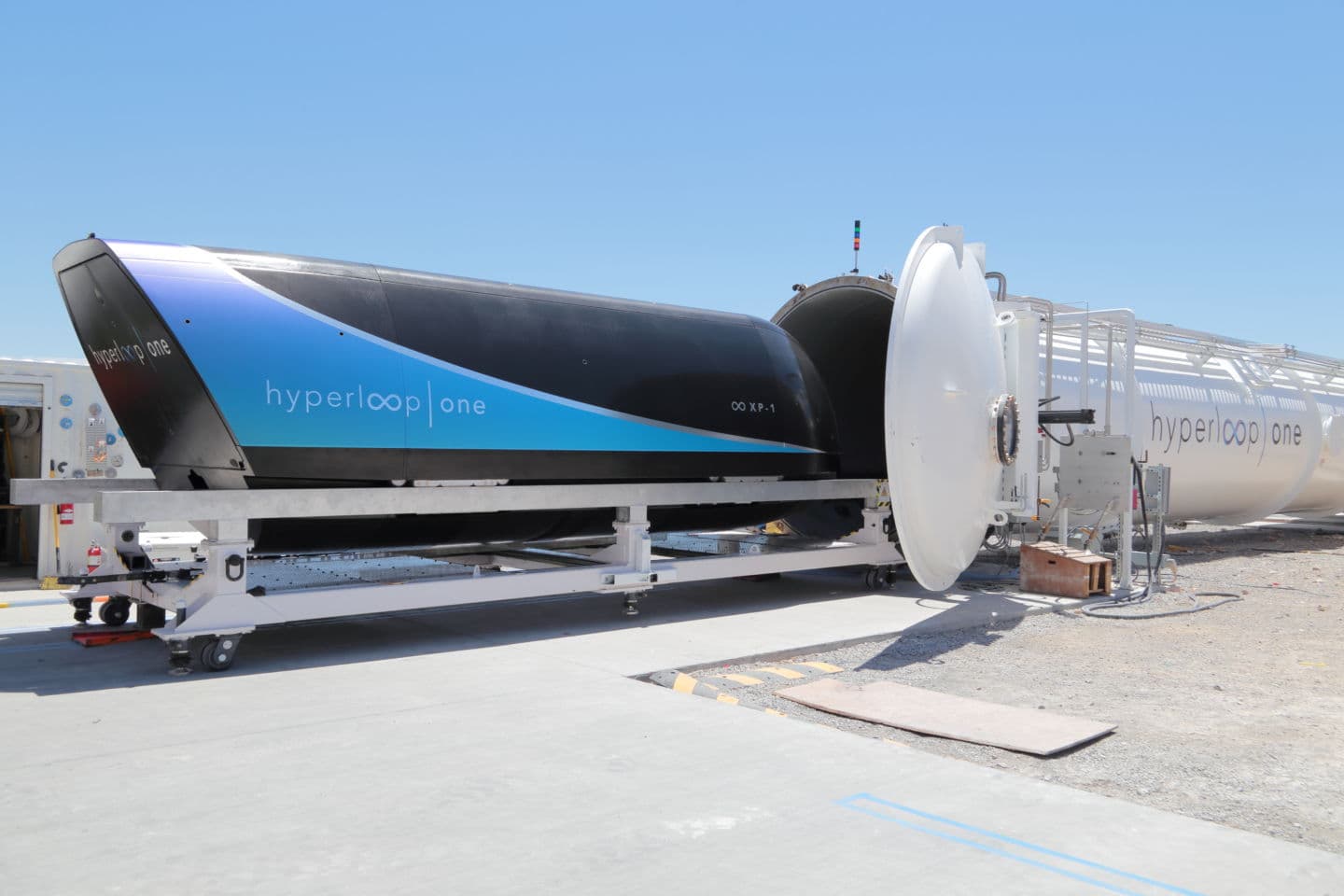 Hyperloop One tests are growing ever more impressive, reaching faster speeds and, in the process, showing us what the technology is really capable of. During the latest evaluation, on Saturday, the pod reached speeds of 308 km/h (192 mph) down the company's 500-meter (1,640-foot) test track in Nevada, before gliding to a graceful halt.

This is a remarkable improvement on the company's first full system test earlier this summer. During this outing, it traveled farther by a factor of 4.5 times, reached speeds 2.7 times faster, and achieved 3.5 times the horsepower.

Shervin Pishevar, Hyperloop One co-founder, told CNBC, "We've got the Hyperloop working. It's the dawn now [...] of the commercialization of the hyperloops. We've got conversations and dialogues with governments around the world."

Pishevar was referring to the worldwide travel he has been undertaking recently. The company is currently looking at various cities in the U.S. to build a loop and is also planning on installing the system in Europe. In fact, Hyperloop One is already undertaking feasibility studies in Finland, Moscow, the Netherlands, Sweden, Switzerland, the United Arab Emirates, and the U.K.

Despite these successes, there are still hurdles that need to be overcome before we see the transportation system of the future. Most prominently, it will need to achieve the right-of-way allowances, land acquisitions, and regulatory approvals that other means of transportation like the railway enjoy.

However, this announcement gives us a reassuring reminder that the future of transport isn't far away.

Read This Next
Veillance What?
Startup Says Train Powered by "Veillance Flux" Could Travel 620 MPH
Hyperloopy
Here's What Traveling By Hyperloop Could Look Like
Critical Flaws
Tesla Reportedly Sold Batteries It Knew Could Catch Fire
Shuttle Butt
We Took a Ride on NYC's First Self-Driving Shuttle
Dangerous Autonomy
Video Shows Tesla Autopilot Steering Toward Highway Barriers
More on Advanced Transport
Kapow
Feb 3 on the byte
Self-Driving Car Plowed Into Active Fire Scene, Forcing Firefighters to Smash Its Window
Netflix and Drive
Jan 30 on futurism
Mercedes Claims to Have Achieved Level 3 Automation, Beating Tesla
Battery Trouble
Jan 30 on the byte
Tesla "Spontaneously" Bursts Into Flames While Driving Down Freeway
READ MORE STORIES ABOUT / Advanced Transport
Keep up.
Subscribe to our daily newsletter to keep in touch with the subjects shaping our future.
+Social+Newsletter
TopicsAbout UsContact Us
Copyright ©, Camden Media Inc All Rights Reserved. See our User Agreement, Privacy Policy and Data Use Policy. The material on this site may not be reproduced, distributed, transmitted, cached or otherwise used, except with prior written permission of Futurism. Articles may contain affiliate links which enable us to share in the revenue of any purchases made.
Fonts by Typekit and Monotype.