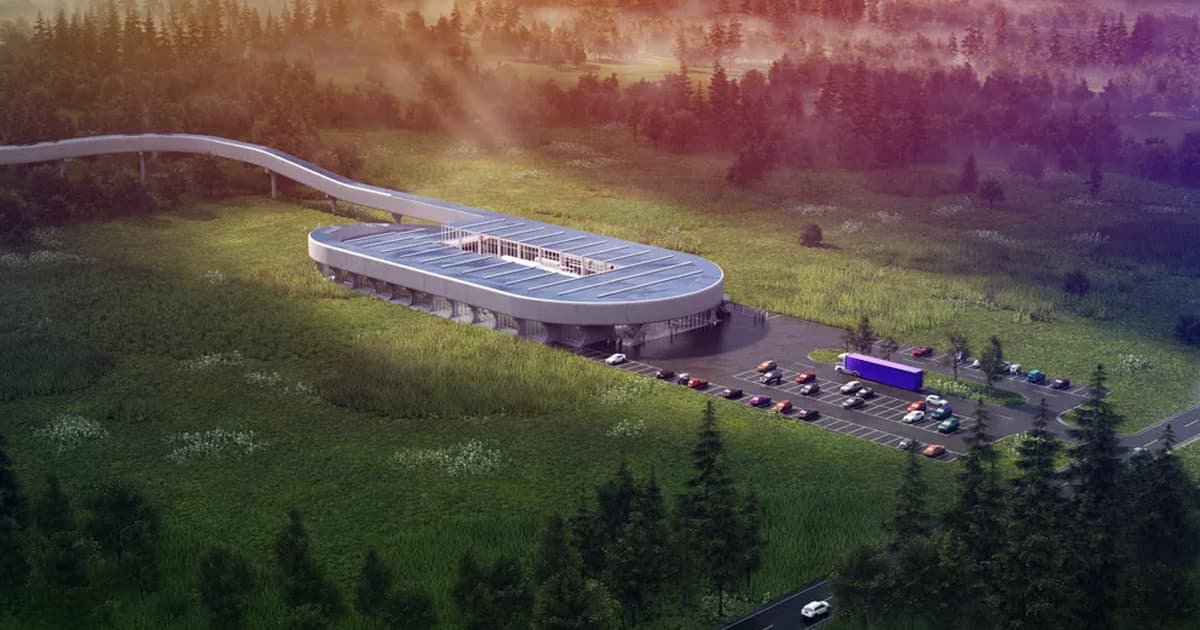 It's Been a While

Virgin Hyperloop One, the American transportation company looking to turn the wild high-speed transportation concept into a reality, has announced it is planning to build a $500 million certification center in West Virginia.

The company, of which business magnate Richard Branson is chairman, reviewed applications from 17 different states. The news comes after the federal government worked out a regulatory framework for the hyperloop in July.

The hyperloop system, as imagined by the company, will ferry passengers through a vacuum tube at over 600 mph, slashing travel times in half compared to air travel.

The center will be the first of its kind in the US, Reuters reports, and will serve as a regulatory proving ground for future hyperloop systems. Construction for a first six-mile test loop in the state will begin in 2022 on the site of a former coal mine, with safety certifications following three years later.

Virgin Hyperloop One is hoping to start commercial operations in 2030.

It's an ambitious timeline, as The Verge points out: the company still has to raise millions of dollars, buy massive swathes of land, and pass those safety certifications.

It's been a slow process so far that has already seen its fair share of delays. In 2017, CEO Rob Lloyd told The National that he was "very confident that we would begin construction in 2019 with initial testing at production level in 2021."

Virgin Hyperloop One has already built a test facility north of Las Vegas where passenger pods have reached speeds of up to 240 mph.