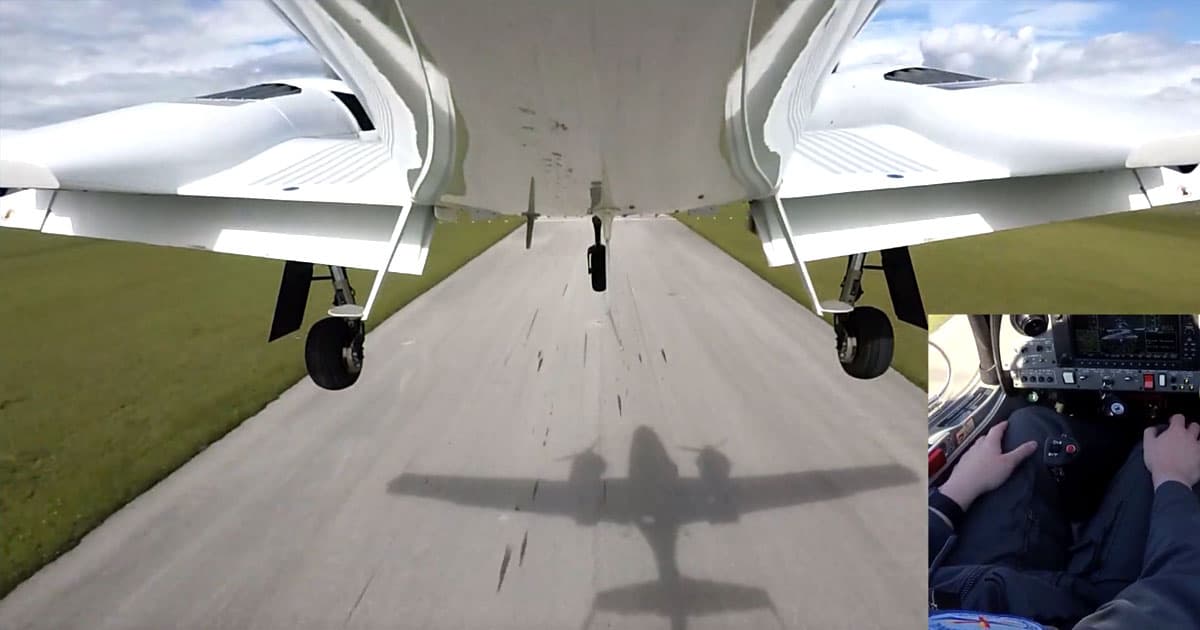 The C2Land system doesn't need help from the ground to safely land a plane.

The C2Land system doesn't need help from the ground to safely land a plane.

Commercial aircraft have been making autonomous landings for decades, but they're typically only able to do so thanks to instrument landing systems (ILS), which use a combination of radio signals from ground-based antennae and autopilot tech built into the plane to guide it to a safe landing.

ILS systems are generally confined to larger airports. That means aircraft often can't fly at smaller airfields if visibility is too low for a human pilot to see what they're doing. It also means we're going to need to come up with a better system if we want autonomous flying taxis to be able to land wherever passengers want.

Now, a team of German researchers has developed a landing system that lets an aircraft land autonomously on virtually any runway — and they demonstrate their remarkable tech in a nerve-wracking new video.

The researchers' C2Land system includes two cameras: one for visible light and one for infrared light for conditions with low visibility. These cameras work with image-processing software to determine the aircraft's position in relation to the runway.

In May, the team tested C2Land using a modified Diamond DA42 airplane equipped with an advanced autopilot system, and thankfully for test pilot Thomas Wimmer, it worked just as they hoped.

"The cameras already recognize the runway at a great distance from the airport," Wimmer said in a press release. "The system then guides the aircraft through the landing approach on a completely automatic basis and lands it precisely on the runway's centerline."

Deadly Development
Whistleblower Says Boeing 787 Oxygen Masks Don't Work
11. 6. 19
Read More
Nose Dive
Pilots Were Worried About Boeing 737 Max Before Deadly Crash
3. 13. 19
Read More
Autonomous Hotel
Futuristic Hotel Suite Would Drive You Around While You Sleep
1. 3. 19
Read More
+Social+Newsletter
TopicsAbout UsContact Us
Copyright ©, Camden Media Inc All Rights Reserved. See our User Agreement, Privacy Policy and Data Use Policy. The material on this site may not be reproduced, distributed, transmitted, cached or otherwise used, except with prior written permission of Futurism. Articles may contain affiliate links which enable us to share in the revenue of any purchases made.
Fonts by Typekit and Monotype.