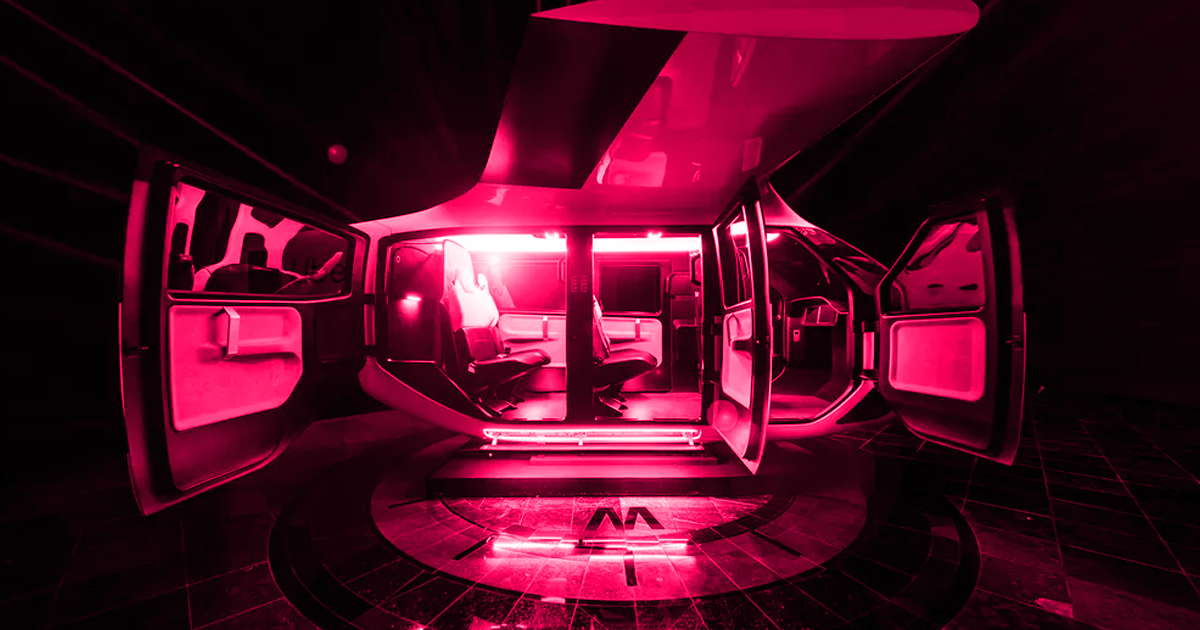 "It's absolutely purpose built to the mission."

"It's absolutely purpose built to the mission."

When you hail an Uber, you never know what to expect from the interior of your ride.

In flight, though, the ride-hailing app may serve up a more consistent experience.

Uber has been working with French aerospace company Safran to design a bespoke interior for its Uber air taxis, which it hopes to have soaring through the skies by 2023. On Tuesday, it unveiled the first full-scale mockup of one of those cabins at its Uber Elevate conference — giving us our first inside look at Uber's vision for the future of personal air transportation.

The sumptuous cabin features an abundance of black and white leather, with two rows of passenger seats accommodating a total of four riders. There's room for luggage behind the second row of seats, and blue lights give the whole interior something of a party-bus vibe.

"Through the process with Uber, we had six full-scale mockups, with multiple iterations in each one, looking at the seats, liners, and window positioning," Safran Cabin's executive vice president Scott Savian said in a press release.

"We don't want any excess weight or cost, but the mission also requires safety, a comfortable user experience, and a seamlessness of all the user interactions," he continued. "So while the cabin may be minimal in some ways, it's absolutely purpose built to the mission."

READ MORE: This is what it looks like inside an Uber Air vehicle [TechCrunch]

Uber Announces Flying Taxi Research Center In France
5. 24. 18
Read More
Uber Gives Us The First Glimpse Of What It Wants Its Flying Taxi To Look Like
5. 8. 18
Read More
AirSpaceX's Autonomous Electric Flying Taxi Will Hit the Skies in 2026
1. 26. 18
Read More
+Social+Newsletter
TopicsAbout UsContact Us
Copyright ©, Camden Media Inc All Rights Reserved. See our User Agreement, Privacy Policy and Data Use Policy. The material on this site may not be reproduced, distributed, transmitted, cached or otherwise used, except with prior written permission of Futurism. Articles may contain affiliate links which enable us to share in the revenue of any purchases made.
Fonts by Typekit and Monotype.