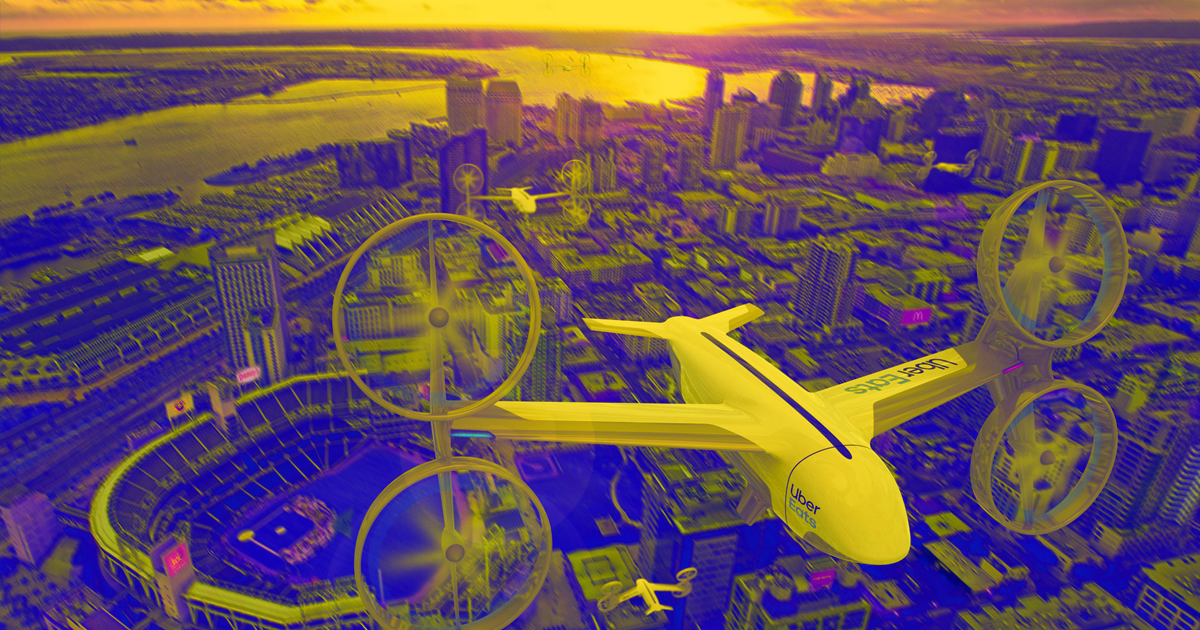 McDonald's in the Sky

Could this actually work?

Could this actually work?

Uber is officially starting Uber Eats food deliveries by drone as part of a limited trial in San Diego this summer, according to Bloomberg. Uber's drone-focused subsidiary Uber Elevate showed off a four-foot-long drone that holds its fast food payload close to its underbelly.

"We don’t need to get drones direct to our customer, we just have to get it close," Luke Fischer, Uber Elevate’s head of flight operations, said during a Wednesday conference in DC, according to Forbes.

The drones will reportedly land on designated landing pads where couriers will pick them up to cover the last mile. Uber is also experimenting with landing the drones on parked Uber cars.

For the time being, Uber partnered with McDonald's but operations will expand to other food joints as well, Forbes reports.

Uber is eyeing San Diego for testing drone deliveries because of the calm and sunny weather. But more importantly, the Federal Aviation Association chose San Diego as one of ten locations to test commercial drones as part of the federal unmanned aircraft system Integration Pilot Program.

"What’s convinced me on drone delivery is to see how Uber Eats has grown," Eric Allison, head of Uber Elevate, told Bloomberg. "Our customers want selection, quality, and ­efficiency — all areas that improve with drone delivery."

READ MORE: Uber Wants Your Next Big Mac to Be Delivered by Drone [Bloomberg]

More on drone deliveries: UPS Is Now Using Drones to Deliver Blood to a Hospital

Uber Bad
If This Leak Is Real, Uber Is in Huge Trouble
Jul 11
Read More
Mixed Feelings
Uber's "Safety Driver" During Deadly Self-Driving Car Crash Charged With Negligent Homicide
9. 16. 20
Read More
Listening In
Uber Is Going to Start Recording Audio During Rides
11. 21. 19
Read More
+Social+Newsletter
TopicsAbout UsContact Us
Copyright ©, Camden Media Inc All Rights Reserved. See our User Agreement, Privacy Policy and Data Use Policy. The material on this site may not be reproduced, distributed, transmitted, cached or otherwise used, except with prior written permission of Futurism. Articles may contain affiliate links which enable us to share in the revenue of any purchases made.
Fonts by Typekit and Monotype.