"I believe it's just a matter of time before something big happens with a 787." 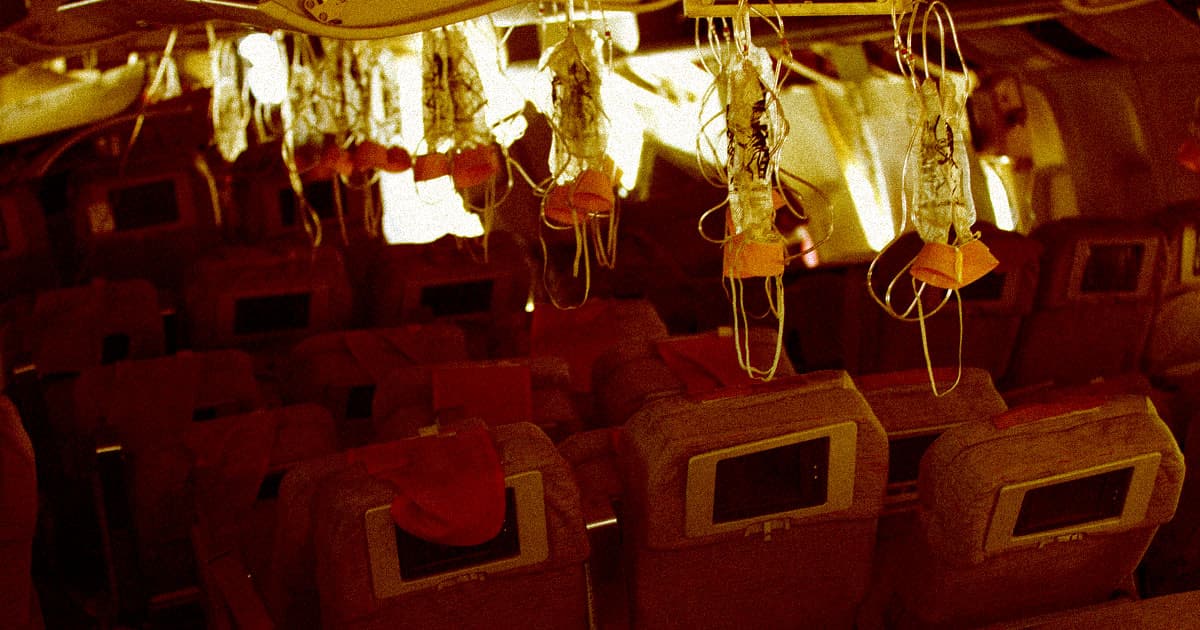 Oxygen masks are an integral safety feature on airplanes. If a plane's cabin experiences a sudden drop in air pressure during flight — from, say, a cracked window — the oxygen flowing from the masks could be the only thing saving passengers from brain damage or death.

Now, John Barnett, a former quality control engineer for Boeing, has told BBC News that 25 percent of the oxygen systems he tested in 2016 for the company's iconic 787 Dreamliner jets didn't work correctly — and Boeing went ahead and installed them on planes anyways.

Boeing employed Barnett for 32 years, the last seven of which he spent working as a quality manager at the company's factory in North Charleston, South Carolina.

Barnett told BBC News he was decommissioning some cosmetically damaged emergency oxygen systems for the company's 787 Dreamliner jet in 2016 when he noticed some of the bottles containing the potentially life-saving oxygen weren't discharging properly.

Barnett said he arranged for Boeing's research and development unit to conduct a test of 300 undamaged, "straight out of stock" oxygen systems — and 75 of the systems didn't deploy properly.

Barnett claims Boeing managers thwarted his attempts to have the matter investigated. When he then tried to go over Boeing's head and report the problem to the Federal Aviation Administration, it told him Boeing "had indicated it was working on the issue."

Boeing, meanwhile, told BBC News that, while it did discover improperly deploying oxygen bottles in 2017, it disputes Barnett's version of the events that followed.

"We removed those bottles from production so that no defective bottles were placed on airplanes," the company said, "and we addressed the matter with our supplier."

Further complicating the situation is the fact that 2017 also happens to be the year Barnett retired — a development which the company described to BBC News as planned and voluntary.

However, Barnett claims he was forced into retirement because Boeing's attempts at "denigrating his character and hampering his career because of the issues he pointed out" left him with no other options.

Barnett's now suing Boeing for that alleged retaliation, and while it's too soon to predict how that'll play out in court, his allegation that Boeing's aircraft aren't as safe as the company claims does have precedent.

In October, Boeing admitted that some of its 737 NG airliners had cracks in their bodies, forcing airlines to ground dozens of the jets. In March, Boeing grounded its entire fleet of 737 MAX commercial airliner jets following two deadly crashes in the previous six months — and Barnett believes a 787 could soon be involved in a horrific incident of its own.

"Based on my years of experience and past history of plane accidents, I believe it's just a matter of time before something big happens with a 787," he told BBC News. "I pray that I am wrong."

More on Boeing: Dozens of Boeing 737 Jets Grounded Because of "Cracks"

Read This Next
Plane Nonsense
Experts Don't Know Why Boeing 777 Doused Children With Jet Fuel
Message Received
Boeing's Deadly 737 Max "Designed by Clowns," Wrote Employee
DLC
Crashed Boeing 737 Jets Lacked Safety Features That Cost Extra
Nose Dive
Pilots Were Worried About Boeing 737 Max Before Deadly Crash
Warning Signs
Whistleblower: Uber Could Have Prevented Self-Driving Fatality
More on Advanced Transport
High Tide
Friday on the byte
We’re in Awe of Amsterdam’s Huge Underwater Bike Parking Garage
Quelle Surprise!
Thursday on the byte
Of Course Elon Musk Is Pushing The Cybertruck Back Again, What Did You Expect?
Stay Away
Wednesday on the byte
New SUV Features Electrified Door Handles and Pepper Spray Guns
READ MORE STORIES ABOUT / Advanced Transport
Keep up.
Subscribe to our daily newsletter to keep in touch with the subjects shaping our future.
+Social+Newsletter
TopicsAbout UsContact Us
Copyright ©, Camden Media Inc All Rights Reserved. See our User Agreement, Privacy Policy and Data Use Policy. The material on this site may not be reproduced, distributed, transmitted, cached or otherwise used, except with prior written permission of Futurism. Articles may contain affiliate links which enable us to share in the revenue of any purchases made.
Fonts by Typekit and Monotype.