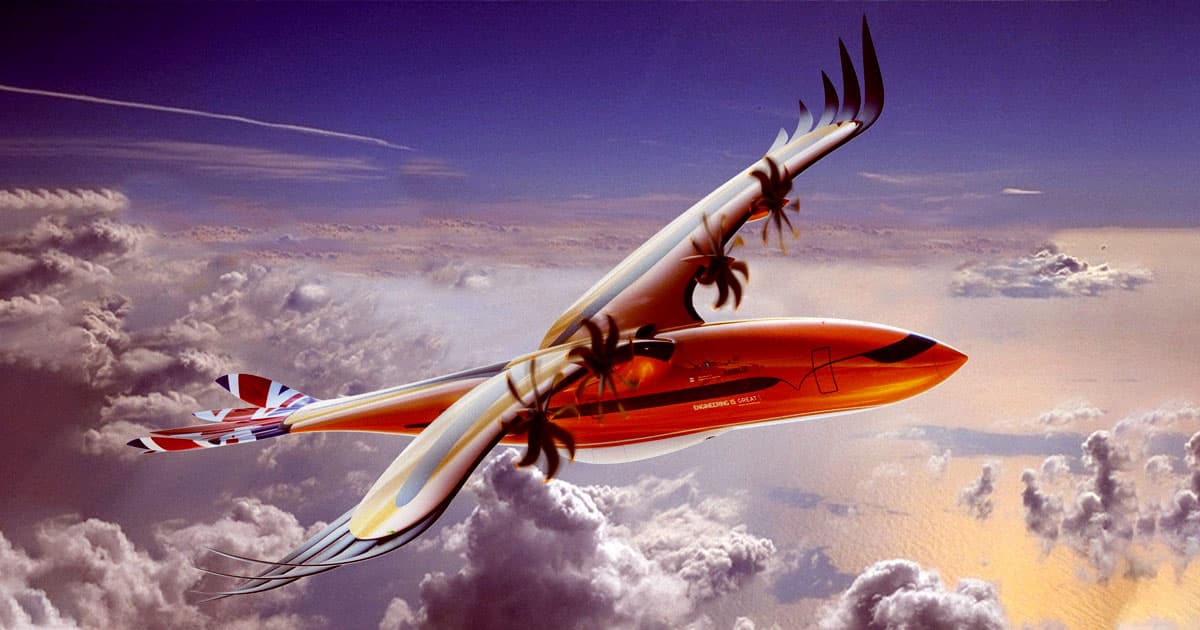 They hope the cartoonish design will get kids excited about engineering.

They hope the cartoonish design will get kids excited about engineering.

Nature has long served as a source of inspiration for engineers — because living organisms have had countless years to evolve ideal solutions to the challenges of their environments, they're an excellent jumping-off point for designing machines to navigate those same environments.

Now, aeronautics company Airbus has unveiled a new aircraft design inspired by birds of prey, such as eagles and falcons — and it hopes the wild-looking concept will inspire today's youth to become the aerospace engineers of tomorrow.

The ‘#BirdOfPrey’ is taking wing! This sleek new concept takes inspiration from eagles to create a hybrid-electric design with individually controlled feathered wings. We’re always looking for pioneering new ideas – what would your aircraft be inspired by? https://t.co/HOfecb8X06 pic.twitter.com/0zXOr5znJv

Airbus debuted its "Bird of Prey" aircraft at the recent Royal International Air Tattoo event in England, and it looks like something out of a cartoon.

Both the airplane's tail and its wings feature "feather-like" structures that Airbus said in a press release could be individually manipulated to "provide active flight control."

The plane's body is orange, while its wings are blue, white, and gold. Its tail, meanwhile, sports a Union Jack design — not exactly a cohesive color scheme, but definitely attention-grabbing.

Airbus doesn't plan to actually build the wild-looking airplane, but it does hope the craft will get young people thinking about the future of flight.

"Our 'Bird of Prey' is designed to be an inspiration to young people and create a 'wow' factor that will help them consider an exciting career in the crucially-important aerospace sector,” Martin Aston, a senior manager at Airbus, said in the press release, later adding, "Who can’t help but be inspired by such a creation?"

More on Airbus: This Is the Weirdest Aircraft You’ve Ever Seen, and It Just Broke an Important Record

Airbus, Rolls-Royce and Siemens Announce New Partnership to Build an Electric Airplane
11. 28. 17
Read More
Airbus' Electric Flying Taxis Are Set to Take to the Skies Next Year
10. 5. 17
Read More
NASA's Mars Rover Concept Looks Like the Batmobile
5. 12. 17
Read More
+Social+Newsletter
TopicsAbout UsContact Us
Copyright ©, Camden Media Inc All Rights Reserved. See our User Agreement, Privacy Policy and Data Use Policy. The material on this site may not be reproduced, distributed, transmitted, cached or otherwise used, except with prior written permission of Futurism. Articles may contain affiliate links which enable us to share in the revenue of any purchases made.
Fonts by Typekit and Monotype.